The head of the country's aviation authority said restitution talks would begin on October 18. Touraj Dehqani Zanganeh told IRNA news agency that Iran is open to paying "full compensation for what it has done." 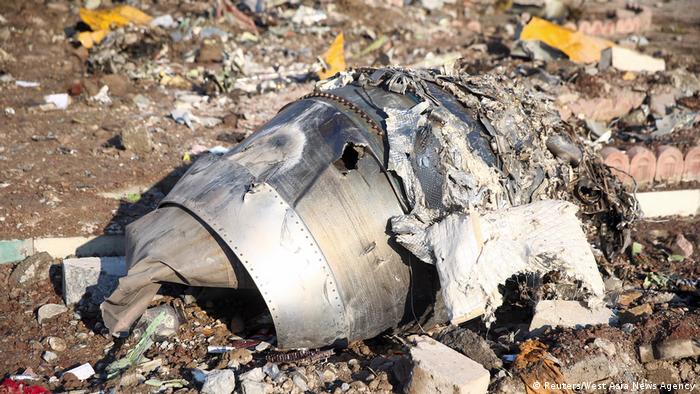 Iran will negotiate restitution for the relatives of the victims of a Ukrainian passenger plane accidentally shot down by the Iranian military in January, the head of the national aviation authority told news agency IRNA on Wednesday.

Touraj Dehqani Zanganeh said his country was open to paying "full compensation" to the families of the 176 victims based on international regulations.

"What is evident is that Iran has accepted the responsibility for its mistake and therefore the country is ready for negotiations on paying full compensation for what it has done," said Zanganeh.

Iran is set to start the new round of talks with foreign countries over the payment of damages to families on October 18.

Iran initially blamed the crash on a technical problem, then later admited to unintentionally shooting down the plane and mistaking it for a "hostile target" amid heightened tensions shortly after US forces killed top Iranian general Qassem Soleimaniin Iraq.

In its final report on the crash, published mid-July, the aviation agency acknowledged "human error," blaming the incident on a malfunctioning radar system which caused communication problems with the responsible military unit.

Last month, Iran still declined to offer compensation to relatives of victims, saying that the plane was insured by Ukrainian and European companies, which should therefore pay the damages.

The Ukraine International Airlines (UIA) Boeing 737 was shot down shortly after take-off on January 8, killing everyone on board. The passengers were from Ukraine, Iran, Canada, Afghanistan, Britain and Sweden.