A spokesman for Iran's judiciary has said one man was to be executed as a US spy. Two other suspects were given jail sentences. 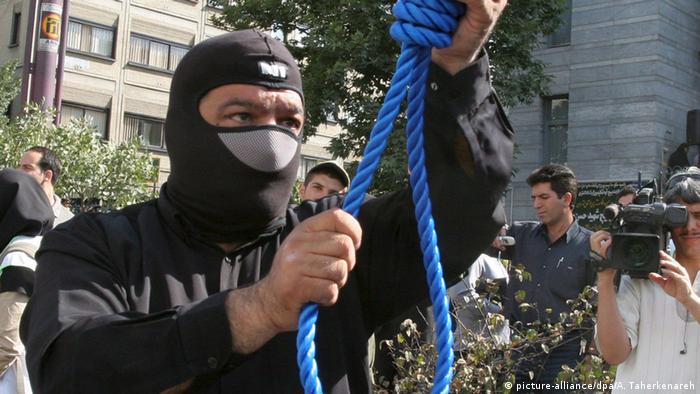 Iran said on Tuesday that its top court had confirmed a death sentence for an Iranian man accused of spying for US intelligence. Amir Rahimpour was found guilty of passing along information about Iran's nuclear program to the CIA.

"Amir Rahimpour, who was a CIA spy and got big pay out and tried to present part of Iran's nuclear information to the American intelligence service, had been tried and sentenced to death and recently the supreme court upheld his sentence and you will see it carried out soon," Esmaili was quoted by the semi-official Fars news agency as saying.

Two other alleged spies were given 15-year prison terms. The nationality of thes suspects has not been made public, but Esmaili said they were charity workers.

The last alleged US spy to be executed in Iran was Shahram Amiri, who was hanged in 2016. Amiri had defected to the US at the height of Washington's efforts to curb Tehran's nuclear ambitions. When he returned to Iran in 2010, he received a warm welcome from politicians and was a popular guest on talk shows. He suddenly disappeared before it was confirmed that he was tried and killed for epsionage.

Last summer, Iran said it had busted a spy ring of 17 individuals, sentencing some of them to death. However, it has not been confirmed if these executions have been carried out.

Tensions between Washington and Tehran are especially high at the moment over the assassination of Iranian General Qassem Soleimani, who was long responsible for anti-American efforts in Iraq.

Iran sentences suspect to death for spying for CIA

Courts in Iran have sentenced a person to death and jailed two others on charges of spying for the US. Ties between Tehran and Washington have deteriorated dramatically since the US withdrew from the Iran nuclear deal. (01.10.2019)