″Iran protests are a sign of political maturity″ | World | Breaking news and perspectives from around the globe | DW | 13.07.2009 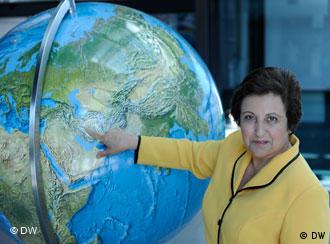 In 2003, Shirin Ebadi became the first Iranian to be awarded the Nobel Peace Prize. She is a lawyer, who gained entrance to the Faculty of Law at Tehran University in 1965. In 1975 she became the first woman in the history of Iran's justice system, to be made the president of Bench 24 of the Tehran City Court. She then set up her own practice after receiving her lawyer's license in 1992. Ebadi has written several books and many of her articles have been published in Iranian journals.

One of the most talked about topics in the world right now is the disputed Iranian presidential election. Do you believe the vote was fair?

With their street protests, Iranians have shown that they do not accept the announced results of the election which they believe was rigged.

You have also said that a new election will take place. Do you believe this will make any difference?

The Iranian people have called for a new election. And it is also my belief that these new elections should take place under the supervision of the United Nations. Otherwise these disputes will continue and the people will again protest against election manipulation. 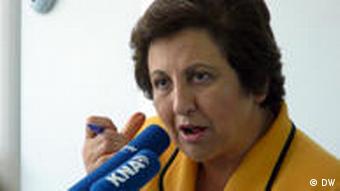 The scale of protests in Iran and the reaction of the police indicate that the government was guilty. If the elections were fair, as the government claims, why was there such a strong presence of security forces in the streets?

That is a good question. What happened in Iran is an obvious human rights violation. When the Iranian people demonstrated peacefully, there were no problems – not even a window was broken. But towards the end of the demonstrations shots were fired from office buildings. Some died and many more were injured. That was the beginning of the state's crackdown. That night at 3 a.m., a student residence was attacked, five students were shot dead and several were injured. 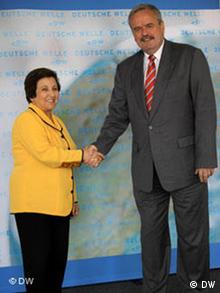 Can other countries or institutions such as the United Nations make a difference, or is it up to the Iranian people now?

First and foremost it is Iranians who are fighting for their rights. This movement, which has in the meantime turned into a national movement, was created by the Iranian people.

President Mahmoud Ahmadinejad and the Iranian government have said that the West is to blame for the protests in Iran.

What Ahmadinejad has said is a major insult. It is not true and in no way reflects the truth. This is a pure national protest movement formed by the Iranian people.

Have these protests had any impact on the human rights situation?

The movement started completely peacefully which shows the political maturity of the Iranian people. Sadly, the people got a violent response to their peaceful movement.

When you give interviews like today, does it cause problems for you in Iran?

That's not that important to me. I consider this a task that has to be done.

Will you go back to Iran?

Of course I will return. I have my husband, family and my house in Iran. And after I have finished my job here, I will go back.