The Aseman Airlines aircraft went down two days ago in the Zagros mountains. Authorities anticipate difficulties recovering bodies strewn over an area around 4,000 metres (13,000 feet) up a mountain.

Iran: Wreckage of plane found on top of mountain

Iranian authorities announced on Tuesday that they had located the wreckage of a passenger plane that crashed in a remote mountain area with 65 people on board.

The Aseman Airlines flight disappeared from radar on Sunday 50 minutes into its journey from Tehran to the southwestern city of Yasuj.

Read more: Plane crashes in Iran's Zagros Mountains with 65 on board

"Two helicopters were sent to the coordinates that the drone had located, and found the wreckage," he told state television.

All 59 passengers and six crew members are presumed dead.

Search crews are trying to recover the aircraft's black boxes. The equipment records cockpit conversations and radio transmissions, as well as other data from the flight. 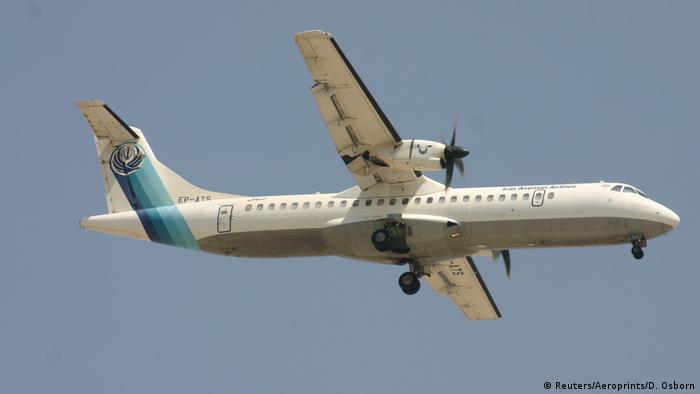 The ATR-72 turboprop plane was 24-years-old.

The plane crashed more than 4,000 metres (13,000 feet) up a mountain. Bad weather and treacherous terrain has hampered search and rescue efforts.

"Deep and dangerous crevices in the area of the crash have made it impossible for helicopters to land," Ghafoor Rastinrooz, director of the regional medical center, told official news agency IRNA.

"The bodies must be transferred by hand to the foot of the mountain, which will be time-consuming," he said.

Family members were grief-stricken and angry due to the long wait to locate the plane.

More than 100 people reportedly demonstrated outside a local government office in Dena Kooh on Monday. They were demanding that officials step down for their handling of the disaster.

Iran has suffered several plane crashes in the past few decades and has blamed U.S. sanctions for preventing it from importing new aircraft or spare parts.

Aseman Airlines is a semi-private air carrier headquartered in Tehran specializing in flights to remote airfields across the country. It also flies internationally, but has been banned in the European Union over safety concerns.

The aircraft was a 24-year-old twin-engine turboprop ATR 72, which the airline said had been "grounded" for seven years and recently became operational again.

Iran: Wreckage of plane found on top of mountain