Tehran has said it will buy over a hundred airplanes from France. The deal will be signed during President Rouhani's visit to Paris this week. 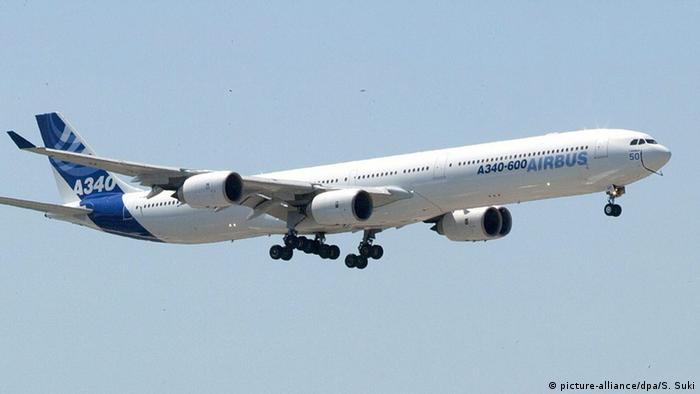 Tehran's transport minister said on Sunday the country planned to acquire 114 Airbus planes in an effort to refurbish its ageing passenger fleet.

The Iranian transport ministry was quoted as saying it had been negotiating for the planes for the past ten months but couldn't pay for them due to the international sanctions implemented against Iran.

The announcement came as aviation industry experts convened in Tehran.

"It's a really exciting time, there's never been a situation like this," aviation consultant Peter Harbison told the AFP news agency. "A whole array of different aviation services and new jobs are obviously going to be created."

Iran hopes to boost tourism to the country following its nuclear accord with the United States, Europe and other countries last year. It says it wants to acquire 400 long- and mid-range and 100 short-range planes.

Only nine of the country's 67 airports are even operational.

The transport ministry also said it plans to negotiate with the American company Boeing, although no deals are yet in place.

Rouhani is visiting France and Italy in an effort to boost economic ties with Europe.

Iran and China have signed a series of agreements just days after Iran was freed from crippling international sanctions. China is eager to build its economic footprint across the Middle East. (23.01.2016)

US Secretary of State John Kerry has sought to reassure Gulf Arab allies during a visit to Saudi Arabia. He met Gulf Cooperation Council foreign ministers in a bid to ease their fears about warming US-Iran relations. (23.01.2016)