A proposal to regulate the global weapons trade has failed to win unanimous support at the UN, opposed by Iran, Syria and North Korea. Diplomats hope the bill could still pass via a General Assembly vote. 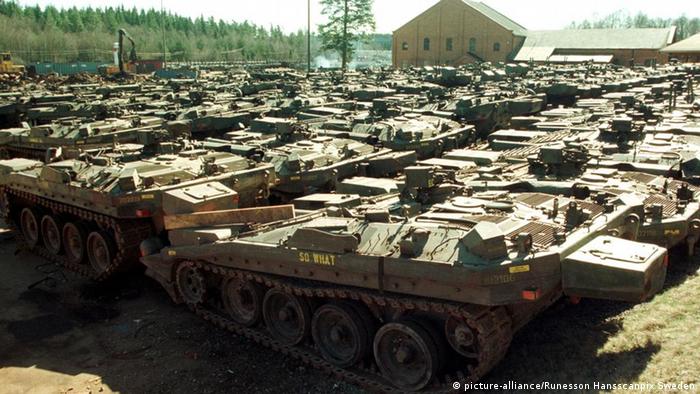 The three countries rejected the UN's Arms Trade Treaty on Thursday, complaining that the document was flawed and failed to prevent the sale of weapons to rebel groups. Iran, North Korea and Syria are all currently under some form of UN arms sanctions. Several other countries had cited concerns and secured ammendments to the draft during a difficult negotiating period, but they agreed to accept the final text.

"There is no consensus for the adoption of this text," said Australian Ambassador Peter Woolcott, who chaired the talks in New York.

The paper, which seeks some regulation of the global conventional weapons trade, required unanimous approval to pass. This provision was part of a US request that any weapons control bill must win consensus. Diplomats suggested on Thursday that the draft might instead be put to a vote in the General Assembly, where it would only need two-thirds approval to come into force.

"This is not failure," British UN Ambassador Jo Adamson said. "Today is success deferred, and deferred by not very long."

A spokesman for UN Secretary General Ban Ki-moon said in a statement that Ban was "deeply disappointed" at the proposal's failure, considering that a "treaty had been within reach."

The UN arms trade treaty is being given a second chance. In 2012, Russian, Chinese and US pressure caused it to fail - and this time emerging weapons producers may join them. (28.03.2013)

"Given the importance of the issues involved, the Secretary General strongly hopes that Member States will continue exploring ways to bring the Treaty into being," the statement said. "He is confident that the Arms Trade Treaty will come to pass and is encouraged by the shared determination to make this happen as soon as possible."

Years in the pipelines

For years diplomats have sought a deal on the largely unregulated global trade in conventional weapons, estimated to be worth $70 billion (55 billion euros) per annum. The most recent drive gathered pace first in 2009, when US President Barack Obama announced that Washington would consider a treaty, and then earlier this month, when over 100 countries signed a Mexican letter calling for immediate progress. This letter was signed by only two of the world's top six weapons exporters, Germany and Britain.

Among other key exporters, the US delegation said it was prepared to approve the draft. Russia and China both said they would not have blocked it, but added that they had concerns about the paper.

The deal would have covered only cross-border trade in conventional weapons such as tanks, missiles and missile launchers, combat aircraft, warships, and some light weapons. At the request of the US, ammunition was included only in a non-compulsory annex of the draft.

Amensty International's head of arms control and human rights, Brian Wood, said he hoped that states would adopt the treaty as soon as possible.

"The resolution which created this diplomatic conference envisioned that if states failed to reach consensus, the General Assembly would act on this matter. Kenya, speaking on behalf of 11 key states, has endorsed precisely this action," Wood said, calling the move by Iran, North Korea and Syria "unconscionable."

Under the terms of the draft, states agreed to assess the risk of exported weapons being used to commit crimes against humanitarian and human rights law. If this risk was deemed "overriding" and could not be mitigated, the draft said countries would have to agree not to transfer the arms.

Syria was particularly wary of the deal, firstly because of potential ramifications for weapons imports from Russia and China, but also because the draft treaty did not address the issue of exporting arms to rebel or opposition groups.