Iran: How the state is holding Iranian football back

Iranian giants Persepolis and Esteghlal have been kicked out of the Asian Champions League. Although football is massive in Iran, close ties between clubs and the state are holding it back. And privatization is far off. 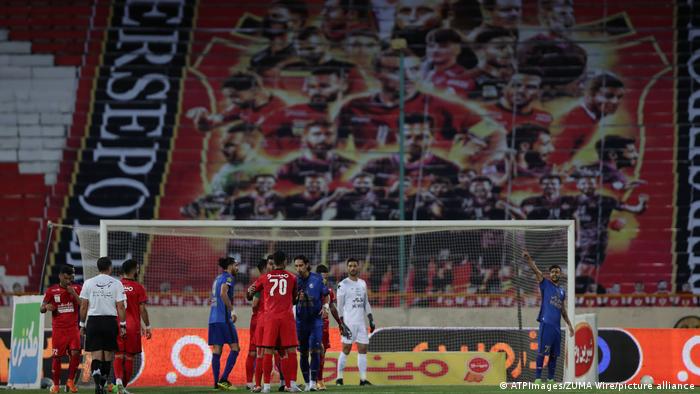 In Iran, the passion for football exists.

When Persian Gulf League giants Esteghlal and local rival Persepolis meet in the Tehran Derby, they can attract crowds of 100,000 in their shared Azadi Stadium in the Iranian capital. Esteghlal and Persepolis are more than football clubs; they are insitutions.

"I have had a 35-year coaching career in seven countries, but haven't seen a place where clubs like Persepolis and Esteghlal matter as much as they do in Iran," Afshin Ghotbi, the nomadic Iranian-American coach who led Persepolis to the 2008 championship, told DW.

"These clubs are in the blood and DNA of almost every family in Iran."

Success abroad not matched at home

Iran, a football-mad country of 85 million, has qualified for five World Cups, most famously beating the United States 2-1 at France 1998, although they have never made it past the group stage. In club football, Iran produces players who are increasingly in demand in European leagues.

Midfielder Saman Ghoddos has made 12 Premier League appearances for Brentford this season, scoring one goal against Burnley. Winger Alireza Jahanbakhsh made 61 appearances for Brighton, but had greater success in the Netherlands, where he is now at Feyenoord. Meanwhile, striker Sardar Azmoun is set to join Bundesliga side Bayer Leverkusen in summer after four successful years in Russia with Zenit St. Petersburg.

But at home, Iran's Persian Gulf League has been slipping behind its Asian rivals.

Japan and South Korea both have increasingly professional domestic competitions, with clubs that have won 12 Asian continental championships this century.

Even regional neighbors such as Saudi Arabia, Qatar and the United Arab Emirates have domestic leagues that are better financed and more professionally run, and their clubs have also lifted the Asian trophy in the past two decades. The lranian club to be crowned "King of Asia" was the now-defunct PAS Tehran in 1993.

Nowadays, although Esteghlal and Persepolis may be loved and well-supported, that does not mean they are well-run. 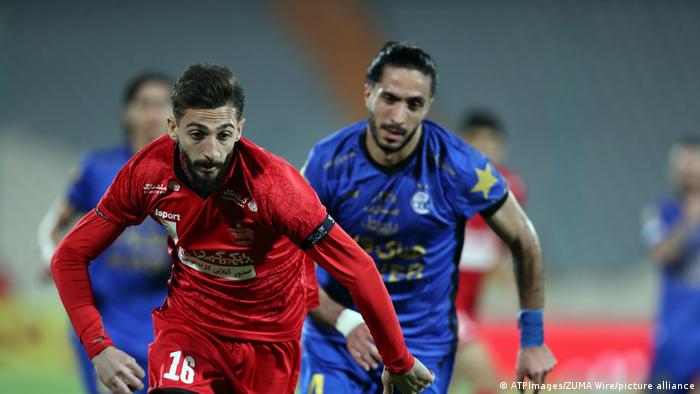 In January, both were expelled from the 2022 Asian Champions League, the continent's top club tournament, by the Asian Football Confederation (AFC) for failing to meet the necessary criteria covering sport, infrastructure, administration, legal and finance.

Dariush Mostafavi, the former chairman of the Iranian Football Federation, was quick to react to the news. "The whole problem today is the presence of politics in football," he told Iranian state television.

Persepolis and Esteghlal are both owned by the Ministry of Youth and Sport, a situation that goes against AFC rules, which prohibit clubs with the same owners from participating in the Champions League. In Europe, a similar issue was raised over the participation of Red Bull-backed clubs competing in the UEFA Champions League.

Ties between football clubs and state organizations are not unusual in a number of Asian countries, but few are as close as the Tehran giants are to the Iranian state.

"All clubs are related directly or indirectly to the government," Behnam Jafarzadeh, a journalist with leading Iranian sports website Varzesh3, told DW.

"And if they belong to a private company, then that company is also related to the state," he added. Five-time Iranian champions Sepahan SC, who are owned by the Mobarakeh Steel Company, are a good example.

There has long been talk of loosening the ties between clubs and the state, but this has not moved forward much, and news of Persepolis' and Esteghlal's expulsion was welcomed in some quarters.

"Most people agree with the AFC's decision and say they wish they had done this earlier," said Jafarzadeh.

Fighting for their rights in exile

With clubs dependent on the state financially, there is little incentive to develop those areas the AFC would ideally like to see, such as youth academies, women's teams and commercial and marketing departments as part of self-sustainable and privately owned entities.

"Many candidates for parliament say before elections that they will do what fans want, but after they get elected, they know they can't do it so nothing happens," explained Jafarzadeh.

Coach Ghotbi added, "The biggest challenge for Iranian football is to create a way to monetize the love and passion of the people, to build an infrastructure for the clubs." He was also national team coach from 2009 to 2011.

"This passion and love are things that have to be commercialized and structured so the game can support itself and not be dependent on politicians."

But it is precisely that love and passion which is also proving the biggest barrier to privatization. A senior official IFF official told DW that, given the popularity and importance of clubs like Persepolis and Esteghlal, the government would never permit such institutions to be owned by private individuals who, it is feared, could use them for their own political purposes. 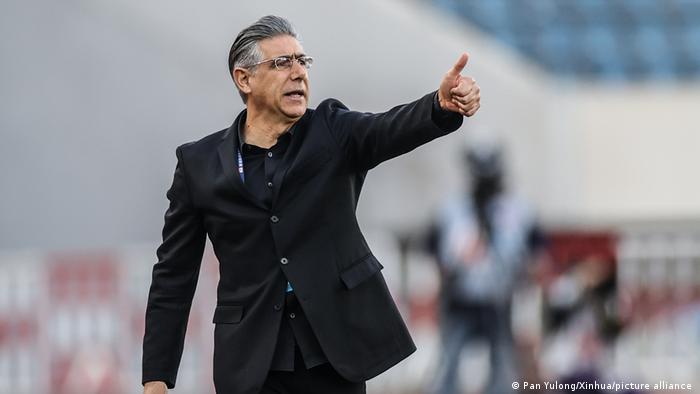 US sanctions affecting football in Iran

Even if political connections could be loosened, the current financial state of many clubs — Persepolis and Esteghlal are reportedly in debt — is unlikely to tempt the private sector to get involved.

Income from television broadcasting, which brings in billions of dollars for top European leagues, is negligible in Iran. State television shows games but, despite audiences estimated to be between 5 and 10 million, it pays only €3 million ($3.4 million) per year. This money does not even go directly to clubs, but first to the Ministry of Youth and Sport, which then distributes it.

The longstanding sanctions imposed by the United States on Iran, designed to punish the country economically, have also had a negative effect on football. The Iranian Football Federation has difficulty receiving millions of dollars from FIFA and the AFC in prize and participation money.

"We can't separate football from the whole situation with these strict US sanctions," says Jafarzedah. "If we want to have professional leagues like Japan and Korea, we need foreign investment, and this is not possible at the moment."

The future: 'Without money we can't compete'

The expulsion of Persepolis and Esteghlal from the Asian Champions League is unlikely to result in major change in the immediate future. But Iranian Football Federation president Shahaboddin Azizi Khadem has pledged to take measures to ensure that AFC standards are met.

"If the structure of football improved, then Iran would be in the top 10 in the world, for sure," Ghotbi insisted. "The current generation of players is the best yet; but they don't have the atmosphere in Iran to develop themselves as much as they could."

"But without money, we can't compete."