Iran has said it might opt out of Syria talks, citing the 'negative' role of its regional rival Saudi Arabia. Iranian President Hassan Rouhani also called on Riyadh to end 'intrusions' in Middle Eastern affairs. 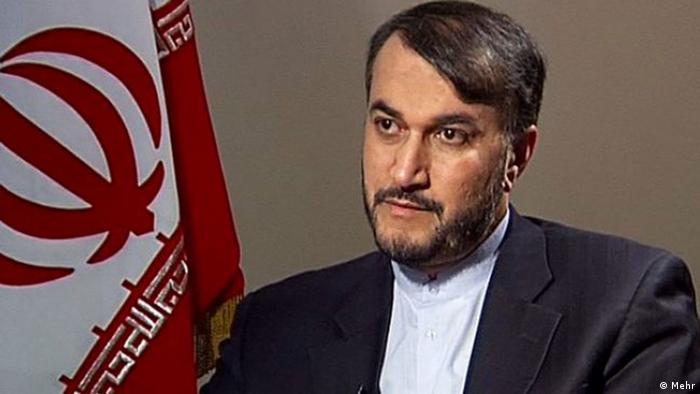 The worsening relations between Saudi Arabia and Iran are affecting the ongoing Syria talks aimed at finding a political solution to the protracted conflict in the Middle Eastern country.

For the first time, Tehran was invited to negotiations in Vienna on Friday, but the deputy foreign minister of the Shiite nation said Monday his country's participation in the second round of talks was doubtful.

"In the first round of talks, some countries, especially Saudi Arabia, played a negative and unconstructive role. Iran will not participate if the talks are not fruitful," Hossein Amir Abdollahian (photo) said.

Riyadh and Tehran are at loggerheads on the Syrian issue, with Iran supporting Syrian President Bashar Assad and Saudi Arabia insisting that the embattled Syrian leader should have no role in the war-torn country's future.

The two regional rivals with different brands of Islam are also locked in a conflict in Yemen, where Saudi Arabia has been launching airstrikes against Iran-backed Shiite Houthi rebels.

Responding to Jubeir, Abdollahian warned Saudi Arabia to "not test the limits of the Islamic Republic's patience."

"Instead of blaming others, Saudi Arabia's minister of foreign affairs would do better to end his visible and hidden support for terrorists in Yemen, Iraq and Syria," Abdollahian said.

Iranian President Hassan Rouhani, too, criticized Riyadh for what he called the kingdom's "intrusion" in the Middle East.

"If Saudi Arabia's vision on the big regional questions confronts reality and it stops its intrusions, we can solve many problems, especially in our relations," Rouhani told a meeting of Iranian ambassadors in Tehran on Monday.