Iran executes its citizens at a faster rate

Human rights organizations are outraged by ever-increasing executions of dissidents, bloggers and activists in Iran. In the world's most execution-prone country, even misdemeanors draw the death penalty. 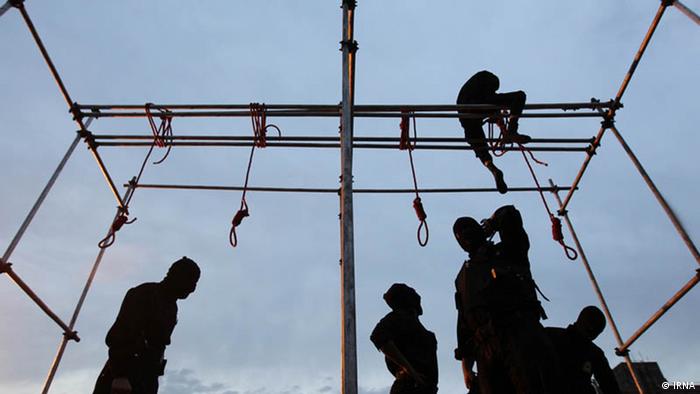 The human rights situation in Iran has deteriorated over the last few months, according to a UN report. Indeed, news about the hanging of ten individuals at the end of October in a Teheran prison due to charges of drug trafficking drew criticism from around the world. The hangings were in violation of international law, which dictates that the death penalty be limited to only the "most serious felonies." That was clearly not the case in Teheran. There are also serious doubts regarding the fairness of the trial against the accused, says the report by the UN Commission on Human Right (UNCHR).

London-based human rights organization Amnesty International called the executions a "state killing-spree," noting that 344 people have been executed in Iran since March. 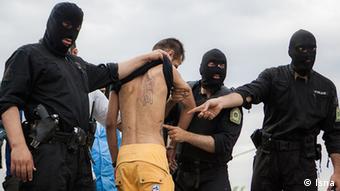 The security police in Tehran attack smugglers and addicts

Most executions per capita

UN special correspondent Ahmad Shaheed confirmed Amnesty's numbers in his latest Iran report from the end of October. More than 300 executions have taken place since the beginning of 2012, he says. That number was 670 in 2011, ranking Iran as the country with the most executions per capita in the world.

Yet of those 670 executions in 2011, 249 were carried out behind closed doors. Human rights organizations worry that the secret execution of Iranian citizens has included a significant proportion of political activists or those belonging to religious or ethnic minorities.

Observers have also observed an ever-increasing number of executions in just the last two months - which have not been limited to drug trafficking. Within a two-week period, between 30 and 80 Iranian citizens were executed, UN special correspondent Shaheed said - basing his estimates on information from families of the executed and from human rights activists in Iran.

Intimidation of the populace and opposition

Shirin Ebadi, the Iranian Nobel Prize winner who's been living in exile in the UK since 2009, said she views the recent executions as an attempt by Iranian authorities to intimidate the Iranian populace and frighten them from demonstrating politically. The regime would like to send a signal to the opposition that it is prepared to use force and brutality, Ebadi told Deutsche Welle.

Abdolkarim Lahiji, vice president of the International Federation of Human Rights Leagues, likewise reads the increasing number of executions as an attempt to intimidate. The Iranian lawyer believes that only Iran's supreme leader, Ayatollah Ali Khamenei, could be behind "these inhuman measures." Without Khamenei's consent, such a campaign would be unimaginable.

But Iran observers say such measures are a sign of Khameni's weak reign and leadership. He can boast few achievements to his citizens, and due to international sanctions, he and his country are between a rock and a hard place.

The recent executions are not the only matter to prompt international criticism. The suppression of political dissenters, journalists and human rights activists remains part of the country's agenda - or has increased up, said UN special correspondent Shaheed in his latest report.

Nasrin Sotoudeh, one of the country's best-known human rights activists and a lawyer, has been incarcerated since August of 2010 on charges of "conspiracy against national security." She recently ended a hunger strike in Teheran's Evin prison, after Iranian deputies agreed to loosen punitive measures against her family. In October 2012, Sotoudeh was awarded the Sakharov Prize for Freedom of Thought from the European Parliament, along with film director Jafar Panahi. 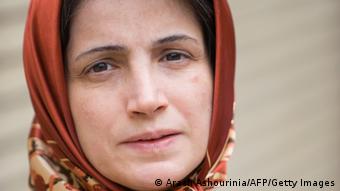 On December 15 of this year, the German city of Bochum will also award its human rights prize to two Iranians: human rights lawyer Javid Hutan Kian and workers' rights activist Shahrokh Zamani. Both are currently incarcerated in Iranian prisons and, according to human rights activists and the Bochum award's website, both have been severely tortured.

Media suppression has also intensified in Teheran. One of many such cases was the closing of independent newspaper "Sharg" after it published cartoons critical of the government. In addition, according to Shaheed's report, some 40 journalists are currently behind bars. 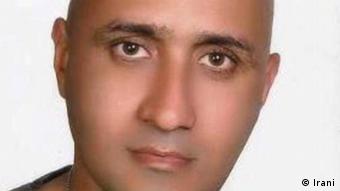 Beheshti's family may never know how he died

New to Iran is the "Internet police." The organization, called FATA, has kept critical or "immoral" bloggers under surveillance since its founding in 2011. Blogger Sattar Beheshti, who was imprisoned on October 30, died three days later in the custody of this police unit. The case caught the attention of the political establishment in Iran, resulting in a parliamentary enquiry and investigative committee. The chief of FATA was fired and other police officers suspended.

The attorney general admitted that Beheshti was beaten while under arrest - but that this was not the cause of death.

Iran has captured a US drone that was flying in the country's airspace, state media reported. In November, warplanes shot at a US surveillance drone that Iran claimed had entered its airspace. (04.12.2012)

Iran is set to double its uranium enrichment after completing a second underground facility, according to UN report. The move is likely to increase concern from Western nations over Iranian nuclear intentions. (17.11.2012)