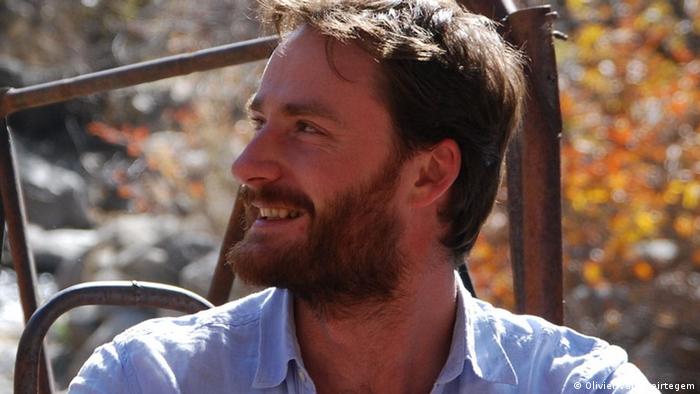 "It's been more than 203 days since I last saw my best friend," said Olivier Van Steirtegem as he runs his fingers swiftly across his piano in his home in Brussels, playing a mesmerizing jazz tune. It's a tribute to his friend, Olivier Vandecasteele, who was arrested on February 24 by Iranian authorities on charges of spying.

"This song I'm playing is 'John Boy' by Brad Mehldau. It was the last one Olivier and I listened to together, before he was arrested by Iran," Van Steirtegem, 42, who is the owner of an office furniture store, told DW. "He is now in complete isolation in a cell and in a poor psychological state. He isn't eating well, has an infection and has lost a lot of weight."

Vandecasteele, a 41-year-old humanitarian aid worker, had been living and working in Iran since 2015. He had been exploring options to move out of the country and eventually start a new project.

"But the Iranian authorities had different plans for him," said Van Steirtegem. Olivier Van Steirtegem, right, has started a petition asking the Belgian government to take action to free his friend

Flipping through an album of pictures together, he remembered the fateful day in February when he got the phone call about Vandecasteele's arrest.

"The neighbors said he was in his apartment in Tehran and was waiting for a pizza delivery. But when his doorbell rang, instead of the pizza delivery person, Iranian authorities forced themselves into his flat and arrested him," Van Steirtegem said.

'We are sending a message that we are weak'

In order to get him released, on July 21, the Belgian government ratified a prisoner exchange treaty with Iran. According to the treaty, Iranians imprisoned in Belgium, would be allowed to serve their sentence in Iran and vice versa.

But the treaty has been slammed by some members of the Belgian parliament, including some Iranian dissidents, critics of the regime in Teheran, as well as human rights groups who fear that this would lead to the release of Assadollah Assadi — an Iranian diplomat who has been serving a 20-year prison sentence in Belgium for trying to plot a bomb attack on a rally organized by rivals of the Iranian regime, in France in 2018.

They also say that the accord will give Iran a free pass to continue engaging in terrorism and taking people hostage in Iran and around the world.

Belgian court to decide on prisoner swap deal with Iran

"If Belgium appeases the regime in Iran in this manner, we are sending across a message that we are weak and are ready to give them what they want," Darya Safai an Iranian-Belgian Member of the Belgian Parliament, from the Flemish nationalists party, told DW.

"I have been imprisoned in Iran myself for fighting for women's rights. I completely understand what Olivier's family is going through. But this is not the only isolated case. There are other European hostages in Iran and we need a better solution to ensure they're all released," she said.

'Not fair to keep an innocent man in jail' 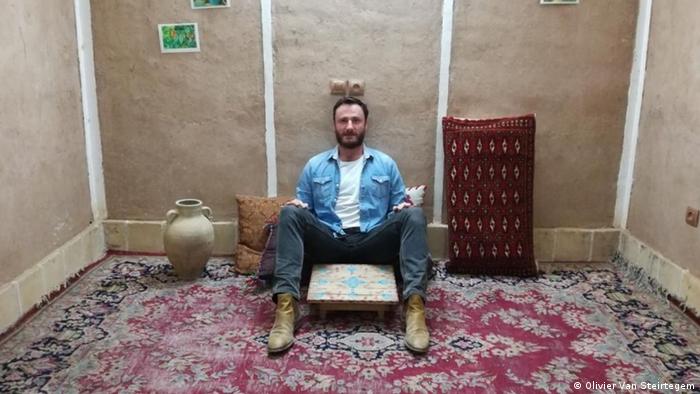 Besides Vandecasteele, Swedish-Iranian academic Ahmadreza Dijalali and French tourist Benjamin Briere are some of the other Western nationals being held hostage in Iran.

Out of 131 Belgian parliamentatians, 79 voted in favor of the prisoner-exchange treaty, while 41 rejected it and 11 abstained from voting.

Belgian Prime Minister Alexander De Croo acknowledged that it was a tough decision, but said it was not "blackmail" and Belgium had to consider the pleas of Vandecasteele's family.

"What do you say to his family, that we will let him rot in his cell?" he said in response to criticisms of the treaty.

According to AFP, a lawyer representing the National Council of Resistance of Iran (NCRI), an Iranian opposition group in exile, said the Brussels appeal court had agreed to cross-examine the case before allowing the swap.

The court is legally challenging the Belgian government's decision at a hearing that began on September 19.

Prisoner swaps often takes place between autocracies and democracies where the latter is keen to bring their citizens back home, and the former is keen to use this tactic to achieve their political goals.

Exchanges can take place by either exchanging people held captive, or by exchanging money as in the case of British Iranian aid worker Nazanin Zaghari-Ratcliffe, where the UK transferred money to Iran in order to guarantee her release.

But Belgian parliamentarian Safai believes that prisoner swaps don't work with Iran, and the only true way to negotiate with the country is with force.

"That is the only language that the Ayatollahs understand. So solutions in the form of sanctions could work better. It is important for the West to take a united stance in confronting Iran. That's the only way that you can ensure security in Europe and stop the process of Iran taking people hostage," she told DW. 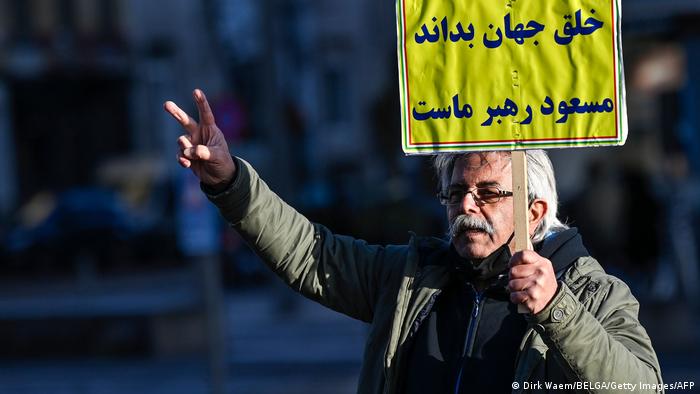 A man protests outside the Antwerp Criminal Court, during the trial of Iranian diplomat Assadollah Assadi, who was sentenced to prison in Belgium last year for his role in a bomb plot.

At a press conference in Brussels last week organized by the NCRI, John Bercow, a former British politician who was speaker of the House of Commons, shared a similar view and highlighted that such a prison swap would not prove fruitful in the long run.

"If you give the beast what the beast wants, then the beast will repeatedly follow the same tactics. We have to look at the wider picture and not just focus on isolated cases," he said.

Van Steirtegem understands the complexity of this case since it involves swapping an innocent person in exchange for a terrorist. But he believes it is the only way to get his friend released.

"I might be biased but I think right now, Olivier needs all the support from the Belgian government. This will also give Belgians the impression that their government cares for innocent people like Olivier," he said.

Van Steirtegem has also started a petition asking the Belgian government to enable the prompt release of his friend. More than 25,000 people have signed it so far.

Could the Iranian nuclear deal provide an opportunity?

While a final decision is still pending from the court, Roxane Farmanfarmaian, a British lecturer in international politics at the University of Cambridge specializing in Iran, told DW that the Iran nuclear talks could also provide an opportunity for the West to negotiate with the Islamic republic.

"The Americans have advised Belgium not to proceed with this prison swap since they wish to add on to the nuclear negotiations a larger swap of prisoners, which would involve prisoners from a number of European countries as well as Americans,” she told DW.

Three members of US Congress — Randy K.Weber, Louie Gohmert and Brian Fitzpatrick — have sent a letter to the Belgian prime minister asking him to oppose the treaty.

"I think Belgium feels as though the time is right and there is no guarantee that the negotiations with the nuclear deal will go through. So they don't want to wait and make their citizens in Tehran wait until something on a larger international scale takes place," Farmanfarmaian added.

Irrespective of how the law and politics shape the future of the treaty, Van Steirtegem has not lost hope.

"I know it is going to be a long fight, but I hope to get a call from the government telling me, okay, listen, everything has been cleared and Olivier will be back before Christmas," he said.

"That's what his family and I are looking forward to right now," he added.

Demonstrators clashed with police across Iran Monday as thousands took to the streets to protest the death of a woman arrested on dress code violations. The United States has called the death "appalling."

Iran: How close is it to building its own nuclear bomb?

In Belgium, a court is set to decide on a prisoner exchange treaty with Iran. Lawmakers say the it would free an Iranian diplomat jailed on terrorism charges. But the government argues it's the only way to free a Belgian aid worker being held in Iran.