The government of Iran has forbidden English lessons for all primary schools after a week of unrest blamed on foreign agents. Ayatollah Khamenei has called English part of a "cultural invasion" by the West. 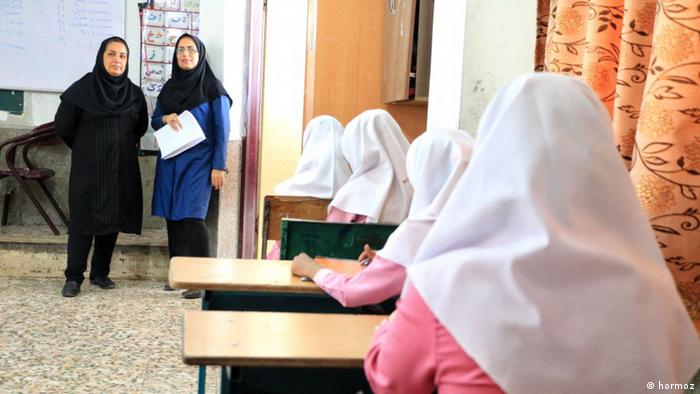 Iran has called for an end to teaching English in primary schools, a senior education official said in an interview on Sunday.

"Teaching English in government and non-government primary schools in the official curriculum is against laws and regulations," Navid-Adham was quoted by Reuters news agency as saying.

"This is because the assumption is that, in primary education, the groundwork for the Iranian culture of the students is laid."

In 2016, Iran's Supreme Leader Ayatollah Ali Khamenei voiced his outrage over a similar "cultural invasion" when he learned some private daycare centers were teaching English.

According to Iranian news outlet Tabnak, a spokesman for the education ministry confirmed the ban but said: "This is nothing new. In the approved national curriculum, English instruction doesn't begin until seventh grade, the first year of high school."

However, the rule is likely to affect private schools that offer English instruction to younger students.

The announcement comes after a week of protests against the theocratic government over the country's struggling economy, which Khamenei has blamed on foreign agents.

Iran's army head has pledged to help police put down anti-government protests, which Tehran has accused outside forces of fueling. The UN Security Council has called an emergency meeting for Friday. (04.01.2018)

Iran has told the UN it has "hard evidence" that protests there were being "directed from abroad," while Russia has urged the chamber to "let Iran deal with its own problems." The US said it had put Iran "on notice." (05.01.2018)

Tehran has said it took the fuel in retaliation to the earlier seizure of an Iranian vessel. "You stole our oil, we took it back from you," said Ayatollah Ali Khamenei.