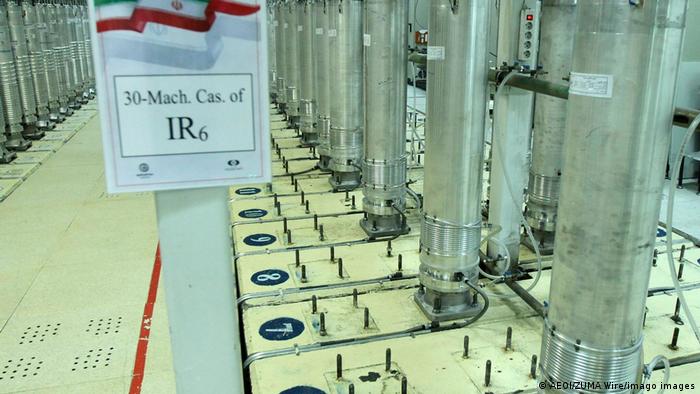 Mohammad Eslami from the Atomic Energy Organization of Iran called the move to permit access to the monitoring equipment again "a routine and natural trend."

Grossi, however, said the arrangement was not a "permanent solution," as IAEA inspectors will not be able to access the data stored by the devices.

"This has always been seen, for me at least, as a stopgap, as a measure to allow time for diplomacy," he told reporters upon his return from Iran.

Iran's strategy 'is playing out' as planned, Iran expert says

The IAEA told member states in its quarterly report that its efforts to monitor Iran's nuclear program have been "seriously undermined" by obstruction on Iran's part since February when Iran refused to permit inspectors access to monitoring equipment. The watchdog also said traces of uranium were found at several old and undeclared sites.

While the equipment belongs to and is serviced by the IAEA, all requisite recordings are stored in Iran in an agreement between the two sides. There were no details of whether the IAEA would get access to the old recordings.

Initially, the monitoring regiment was agreed upon for three months and then extended by another month when it expired on June 24.

Iran is currently closer to enriching uranium to weapons-grade purity than it ever has been before. The country's stockpiles of enriched uranium continue to grow.

The meeting of the IAEA's board of governors is scheduled for Monday and Sunday's agreement comes on the eve of anticipated diplomatic deadlock over the status of Iran's nuclear program. Iran said it would participate in the board meeting.

Western powers are expected to argue Iran should be censured for its lack of cooperation with the monitoring systems in place. Efforts to revive the 2015 Iran nuclear deal, known as the Joint Comprehensive Plan of Action (JCPOA), and get the US and Iran to re-enter the agreement after former US President Donald Trump withdrew in 2018 have stalled.

US Secretary of State Antony Blinken warned the US is close to abandoning its diplomatic efforts with Iran to reinstate the JCPOA.