A UN panel believes the world could meet a maximum target for global warming if it significantly cuts annual emissions by 2050. According to a report, however, few nations are doing enough to meet the stated goal. 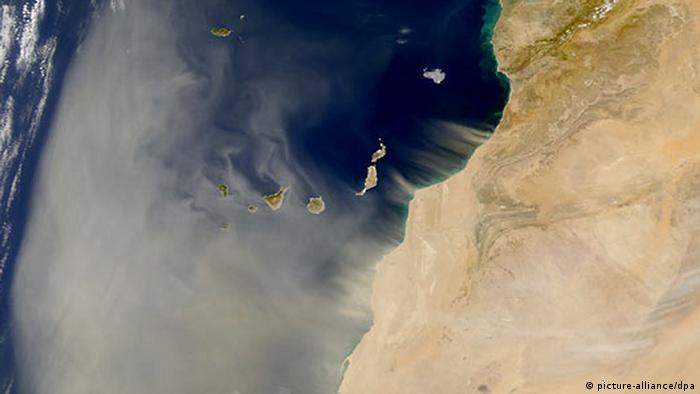 Annual emissions of carbon dioxide and other gases must drop 40-70 percent by 2050 to keep the global temperature rise below the 2-degree Celsius (3.6-degree F), the Intergovernmental Panel on Climate Change (IPCC) announced in a report released Sunday. So far, the opposite has happened: On average global emissions rose by 1 billion tons a year between 2000 and 2010, outpacing growth in previous decades to reach "unprecedented levels" despite some efforts to contain them, the IPCC announced.

"There is a clear message from science," IPCC co-chair Ottmar Edenhofer said. "To avoid dangerous interference with the climate system, we need to move away from business as usual."

According to scientists, failure to meet the 2-degree target could lead to further droughts, rising seas and heat waves. The IPCC adopted its 33-page summary at a weeklong session in Berlin to help guide the nearly 200 governments negotiating a new climate agreement for next year.

Counting all emissions since the 18th century, the United States remains the top carbon polluter. However, China's current emissions run much greater than those of the US.

Along with China and the US, the EU as a bloc is in the world's top-three emitters. About half of the world's combined emissions since 1750 have come in the past 40 years.

The IPCC will release a larger scientific report this week. A report last month warned that flooding, droughts and other climate impacts could have devastating effects on economies, agriculture and human health, particularly in developing countries.

Global temperatures have risen about 0.8 Celsius since record-keeping started in 1850. The IPCC found that keeping warming below 2 C by the year 2100 will require a shift from oil and coal. That would mean a near-quadrupling of energy from zero- or low-carbon sources such as solar and wind power.

Current pledges by governments to reduce emissions by 2020 have set the world on a path between 3 and 5 degrees C of warming by 2100, according to the IPCC - a potentially catastrophic level. UN climate chief Christiana Figueres, in charge of the talks, has urged countries to raise their collective ambition.

"The only safe path forward is to arrive at a carbon neutral world in the second half of this century," Figueres said.

The latest Intergovernmental Panel on Climate Change report details a widespread climate catastrophe, along with ways to address — and fund — adaptation and resilience in vulnerable regions.