After the voting process was marred by technical issues, the Democratic National Committee has called for the results in the Iowa caucuses to be "recanvassed." 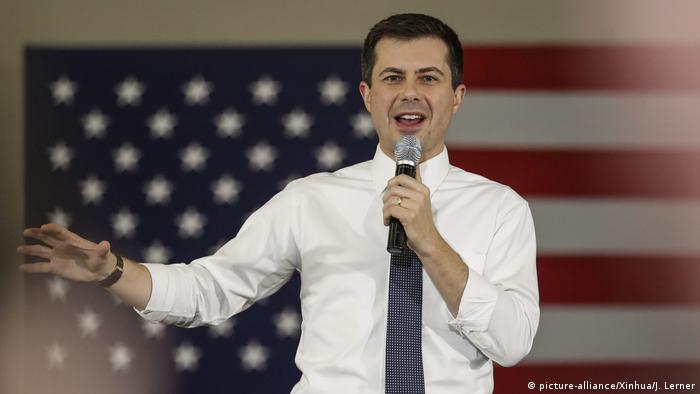 The Iowa Democratic Party on Thursday awarded US Democrat presidential hopeful Pete Buttigieg a narrow victory over front-runner Bernie Sanders in the state's delegate race, amid calls from the Democratic National Committee for an audit of voting results after three days of technical glitches and irregularities.

Both candidates won at least 11 national delegates — enough to have the most delegates at the party's national congress — according to the Associated Press. But with 100% of precincts reporting, Buttigieg was narrowly ahead in the tally of state delegates needed to win the contest with 564 delegates to Sanders' 562. Intricacies of Iowa's caucus system put Buttigieg ahead despite Sanders having received more votes.

As of Friday morning, however, AP was unwilling to declare a winner, citing inconsistencies between official results and their own tabulation.

"The AP's tabulation of the party's results are at 99% of precincts reporting, with data missing from one of 1,765 precincts, among other issues," it said.

The head of the Democratic National Committee (DNC) Tom Perez called for a "recanvass," which would consist of an analysis of the results from each caucus site as opposed to a full recount.

"Enough is enough," he wrote on Twitter, adding that the review would help "assure public confidence in the results."

The 78-year-old Sanders and the 38-year-old Buttigieg represent conflicting views within the Democrat Party, with the older politician a self-described Democratic Socialist and Buttigieg, an openly gay military veteran, presenting a more center-of-the-road image.

The race now moves to New Hampshire, where the state's primary will be held.

Read more: Opinion: No winners, only losers at the caucuses in Iowa

The idiosyncratic caucus system is different from the primaries most states operate to determine preferred presidential candidates.

Essentially, they are hours-long meetings in which the various merits of candidates are debated and voted upon in archaic ways.

Each precinct in the state of Iowa holds its own caucus for party members. The Republican party also held caucuses at the same time.

Democrats in Iowa have been left on edge over which candidate will get an early boost in the battle to take on Donald Trump in November. The results are slow in coming in a crowded race that is too close to call. (04.02.2020)