The next US president: Wall Street′s fear of the left | Business| Economy and finance news from a German perspective | DW | 04.02.2020 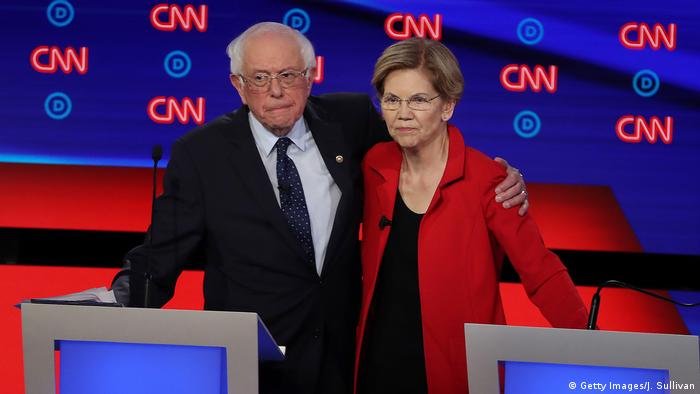 Broadcaster CNBC is not usually a place of great emotions. But at the end of last year Leon Cooperman could no longer keep his composure. It only took a few minutes before the billionaire hedge fund manager burst into tears in an interview. "I care!" the 76-year-old sobbed into the microphone.

In the end he is mainly worried about his own bank account. For weeks, Cooperman has had a public feud with presidential candidate Elizabeth Warren. The investor is afraid that she may take power in the November presidential election.

In mathematical terms, Cooperman is one of the 0.1%. The richest Americans, exactly the people who Warren wants to hit with a wealth tax: 2% for anyone who owns more than $50 million (€45 million). Billionaires like Cooperman would have to pay 6%.

Warren plans to raise $4 trillion with her wealth tax by 2030. "All we're saying is, when you make it really big … pitch in two cents so everybody else gets a chance to make it in America," she explained at an election event in early December

Warren's methods would have drastic consequences for the rich in the United States. If, for example, the tax had already come into force in 1982, the assets of Microsoft founder Bill Gates wouldn't have been $97 billion at the end of 2018, but would have only been $13.9 billion, according to Gabriel Zucman, an economist at the University of Berkeley.

But it wouldn't just shrink the wealth of the rich, experts say. The financial markets would also suffer. If Elizabeth Warren comes to power, some investors like hedge fund manager Paul Tudor Jones anticipate a bear market where prices could fall 25% or more within a year. 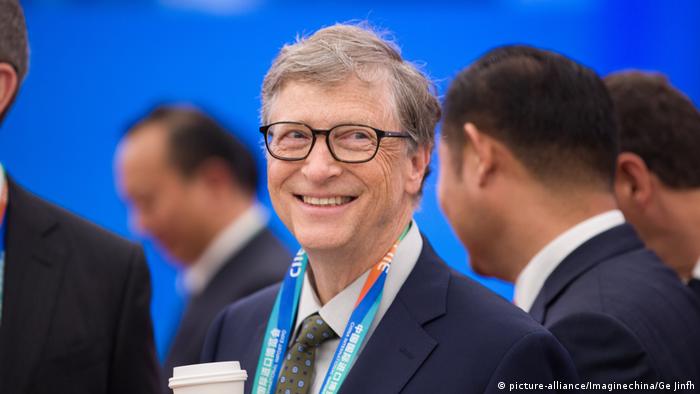 Would Bill Gates be happy with only $13 billion instead of his current $97 billion?

Financial advisors like Barreet Tabeek from Axa Advisors has been warning his wealthy clients of a possible Warren election victory for months. In a four-page letter in early October, he listed 10 dangers that could potentially have a negative impact on the markets.

Warren will make it difficult for oil and gas companies by banning fracking, it said for example. She also wants to increase corporate taxes, smash large tech companies and bring the Glass-Steagall Act back to life. The 1930s law separated investment banking and retail lending to avoid conflicts of interest. Under President Bill Clinton, the law was repealed in the late 1990s. Many experts see this move as a cause of the real estate and financial crises after 2007.

Warren's plans would cut American firms' profits, Tabeek says. "Warren is an unapologetic populist who, if in power, would enact policies designed to reduce corporate earnings to benefit other stakeholders."

Women, minorities and ordinary workers would benefit from Warren's concepts, while shareholders and entrepreneurs would be punished. "The bottom line is that from a market standpoint, all of these policies would be negative for stocks, with some being downright negative for the broad markets while others would be material negatives for certain sectors like large-cap tech or defense stocks."

Robert Wolf, former chairman and CEO of UBS in America and founder of the consultancy 32 Advisors, currently believes Wall Street's fear of Warren is unfounded. She wants to promote capitalism ... She wants capitalism to be fair and balanced and regulated. It's to be determined what that all means, and I'm not losing sleep yet," Wolf told Vanity Fair magazine in October.

Who do people in Iowa think is best to take on Trump?

He summarizes Wall Street's preferences in simple terms: 40% of investors are determined Democrats who would vote for Elizabeth Warren despite the possible risks. Another 40% are steadfast Republicans who would remain loyal to President Donald Trump. And then there are the remaining 20% who chose Democrat Barack Obama in 2008, Republican Mitt Romney in 2012 and Democrat Hillary Clinton in 2016.

So far there is no clear favorite, which makes the upcoming election difficult to predict. Despite this Wolf sees a slight advantage for the Democrats at the moment: "An incredible number of people in financial services are exhausted by the Trump chaos."

Who's scared of Bernie Sanders?

In all 12 Democrats are still in the running for the Iowa caucus. But Bernie Sanders is in the lead and not Elizabeth Warren. But like Warren, Sanders wants to increase corporate taxes, ban fracking and regulate the financial sector — albeit much more so than his competitor.

Bond investor Jeffrey Gundlach, who predicted the election of Donald Trump in 2016, describes Sanders as a problem for Wall Street. He believes Sanders is actually far ahead of his competitors. "Bernie is stronger than people think," Gundlach told CNBC. And warned: "Bernie Sanders is the biggest risk for the financial markets in 2020."

Stovall expects stocks to rise again this year, which will help Donald Trump. "This year, the market is expected to record a similar price gain as a result of an expanding economy and improving corporate profits. I think Wall Street prefers the reelection of the current administration," he said.

Electing a new government would only raise new questions and uncertainties. With the current one you know what you get. With tax gifts and a generous deregulation offensive, Trump has made himself popular with financiers and company heads. But the trade dispute with China continues to cause headaches for many investors.

In this environment it's not a surprise that Michael Bloomberg was able to gain traction recently. "He is a sensible business person who has had success running New York City during three terms," ​​said Stovall. 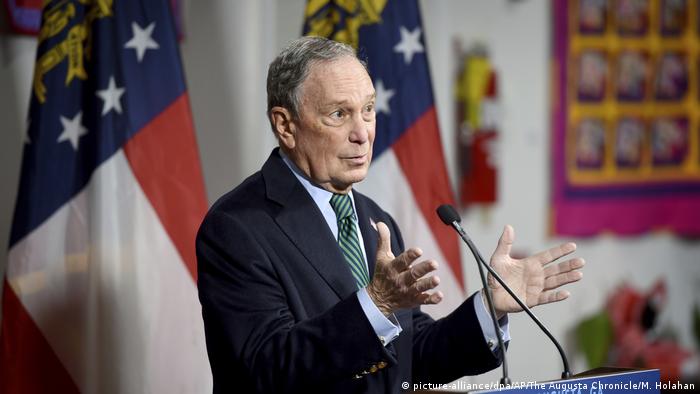 Michael Bloomberg, the billionaire ex-mayor of New York, is also in the running for US president

Others in the finance and tech industries, including Amazon CEO Jeff Bezos, think Bloomberg would make a good president. It was widely reported that Bezos personally asked him to reconsider entering the race after he announced his intention to stay out.

In his campaign speeches, Bloomberg promises to create jobs and stand up to gun violence. He also campaigns for climate protection and donated millions, which is why he is not exactly popular with the oil and gas industry. Just a year ago, he founded Beyond Carbon, a company committed to an energy revolution. Bloomberg is also an opponent of tobacco companies and has given $1 billion to non-smoking campaigns since 2007.

Even under Bernie Sanders or Elizabeth Warren, all of these industries would come under pressure. Investment bank JP Morgan has compiled a list of 51 stocks that would suffer from the progressive left, the New York Times reported. The banking sector is just as much a part of this list as the tech sector, but so was pizza chain Papa John's. Their profit margins would all be at risk because Sanders and Warren are campaigning for a higher minimum wage.

With 62% of results available Pete Buttigieg holds a lead over Bernie Sanders, with Elizabeth Warren in third. Partial results were released following technical issues with an app used to count support for candidates. (04.02.2020)

Opinion: Only losers at the caucuses in Iowa

The people of Iowa have met to choose their preferred presidential candidates — but the results are still to come. It’s a disastrous flop for Iowa and the Democrats, writes Carla Bleiker from Des Moines. (04.02.2020)