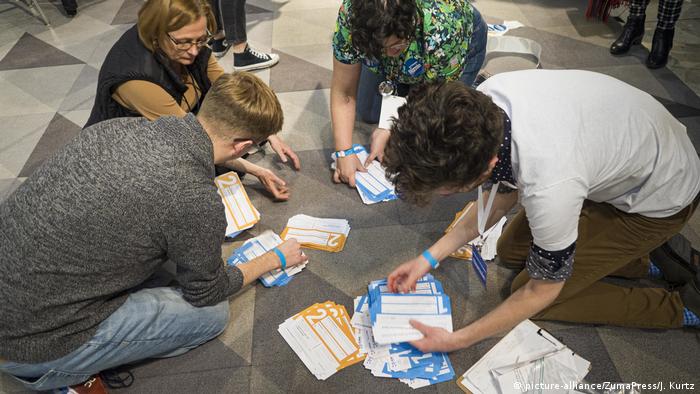 The Iowa Democratic Party said Monday that results from the first selection process to choose who will run against US President Donald Trump in November elections had been delayed.

Apparent technology issues in a new app had caused "inconsistencies" in reporting results, the party said in a statement.

State party chairman Troy Price told reporters that votes were now being counted by hand and would be released "later on Tuesday."

The Republican Party also held caucuses in the Midwest state, but Trump had no serious competition. The incumbent president was quickly confirmed the party's winner.

Read more: Opinion: Only losers at the Caucus in Iowa

How do the caucuses work?

A total of 11 candidates are currently vying to lead the Democratic ticket.

More than 1,600 caucus sites will declare support for their preferred presidential choices.

For registered voters who participate, caucuses demand more effort than ballot-based primaries, where people mark a ballot paper for their preferred candidate. In the case of Iowa, those supporting a particular candidate must spend an hour or more standing up, in both a metaphorical and literal sense, for the candidate they are backing.

Two rounds of selection occur, in which a candidate needs to receive a minimum 15% threshold of support per precinct in order to secure any delegates, who then "vote" for the candidate at the Democratic National Convention in July, when the final nominee is chosen after all primaries have ended.

DW's Kyra Levine, who was at a caucus in Iowa's capital, Des Moines, tweeted a photo of the "presidential preference card" that registered Democratic participants in Iowa used to declare their candidate choice. The cards were used at the end of the caucus as a written confirmation of the in-person count of participants supporting each candidate.

The caucuses are also a moment to appoint delegates to county conventions and party committees, among other party activities. 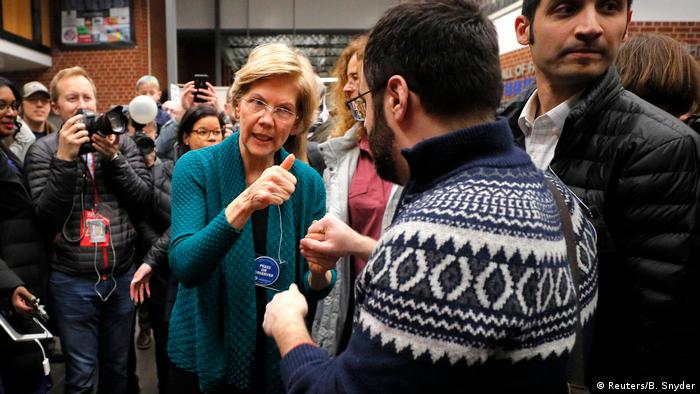 Why are they important?

The caucuses are noteworthy as the first major contest of the United States presidential primary season.

The result of the caucuses will influence the Democratic nomination by helping to whittle down a congested field. A poor showing in Iowa usually spells the decline or outright end of a campaign before other states even hold their primaries.

In recent years, the candidate with the highest level of support in Iowa has also ended up becoming the Democratic nominee.

Because political momentum solidifies behind the candidates who place top in the caucuses, the event will provide a clear indication of the favorites to lead the party in the hope of defeating Trump.

What happens next in the presidential primary race?

Iowa is the first of more than 50 contests set to take place in the coming months. The northeast state of New Hampshire is next up, with a primary set for just eight days after Iowa.

The key date for the diary is March 3, or "Super Tuesday." It is when the largest number of states hold primary elections and caucuses. 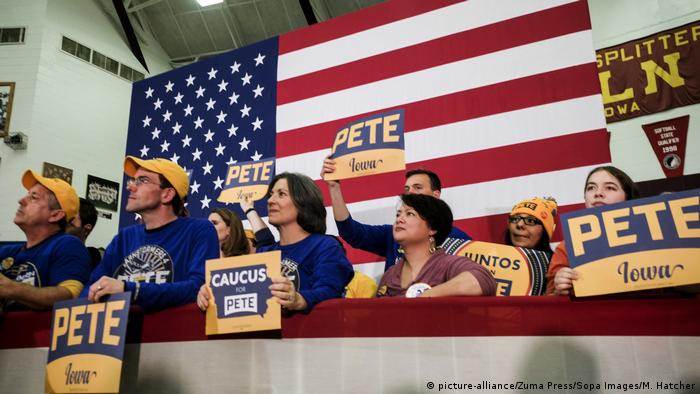 Trump impeachment: US Senate will not hear witness testimony

The US Senate voted against hearing additional testimony from witnesses in Donald Trump's impeachment trial. The Republican-dominated body is set to decide on the US president's acquittal in the final vote next week. (31.01.2020)

The US secretary of state encouraged a major post-Brexit trade deal despite differences regarding Chinese firm Huawei. The two countries top diplomats agreed that the Chinese government is a "central threat." (30.01.2020)