Several huge investment firms, including Germany's Allianz Global Investors, have urged G7 leaders to increase their fight against climate change. The pleas will likely fall on deaf ears in the Trump administration. 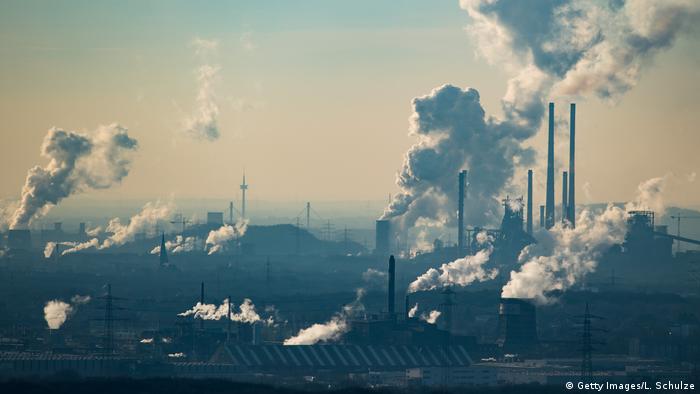 Institutional investors boasting some $26 trillion (€22.3 trillion) in assets urged leaders from the Group of Seven nations to double down on their pledge to cut down greenhouse gas emissions by phasing out coal power entirely.

"The global shift to clean energy is under way, but much more needs to be done by governments," the group of 288 investors said in a statement ahead of the upcoming G7 summit in Canada, slated for June 8-9.

Investors warned that pledges agreed on the back of the 2015 Paris climate summit did not go far enough to limit global warming. Governments, they said, needed to phase out coal power and fossil fuel subsidies worldwide to make any tangible progress in the fight against climate change. Coal power continues to account for almost 40 percent of all generated electricity.

Leading nations also needed "put a meaningful price on carbon," investors wrote in their statement, which was delivered to each of the G7 governments and the United Nations.

Stephanie Pfeifer, CEO of the Institutional Investors Group on Climate Change, one of the signatories, said Sunday's statement marked the first time such a broad group of leading investment firms has called for a phase-out of thermal coal used in power generation.

"There is a lot more momentum in the investor community" to put pressure on governments, she told the Reuters news agency.

However, investors' calls for stricter climate policy risk being ignored by the US.

President Donald Trump has made clear he favors bolstering the US' fossil fuel industry and has voiced his doubts over the scientific findings on climate change.

Trump also announced a year ago that the US would pull out of the Paris climate accord, citing the supposedly "draconian financial and economic burdens" the agreement imposed on American jobs and the US economy.

Investors sought to counter those claims in Sunday's letter, writing that countries and firms that implement the Paris agreement's climate goals "will see significant economic benefits and attract increased investment."

The US along with Germany and Japan, is also not a member of the "Powering Past Coal" alliance, a group of almost 30 countries founded last year seeking to halt all coal power usage by 2030. G7 nations Canada, Britain, France and Italy are among the alliance's members.