Investigation into France's candidate Fillon broadened to include luxury gifts

Francois Fillon is now being investigated over a gift he received from a high-end tailor. The latest scandal came as his rival Emmanuel Macron met with German Chancellor Angela Merkel. 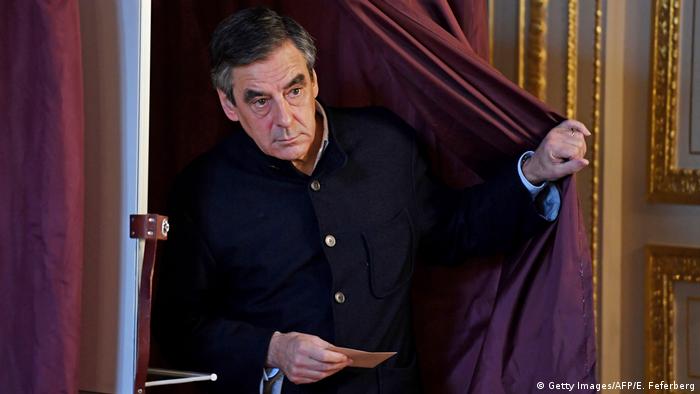 Authorities looking into French presidential candidate Fillon have widened their investigation to include luxury suits the conservative received from high-end tailor Arnys, according to various media reports and a judicial source cited by agency AFP.

Investigators are reported to be treating the case as a possible example of influence peddling. Fillon received the suits - worth 13,000 euros ($14,000) - from an unnamed friend in February.

The embattled 63-year-old candidate, a member of the Republicains party, was put under formal investigation on Tuesday over allegations that his wife, Penelope, and his son and daughter were paid with public funds for jobs they didn't actually carry out, a scandal dubbed by the media as "Penelopegate."

"Le Parisien" newspaper reported that investigators were also looking at the payments to his daughter Marie and son Charles for assistance work, and money which they sent back to an account Fillon jointly holds with his wife.

Fillon, once the front-runner to beat far-right candidate Marine Le Pen, denies the accusations and has refused to bow out of the race, even though opinion polls suggest he'll be eliminated in the first round of voting on April 23.

"Every day I am hit with a new squall. I face it, I continue on. I stay the course," he told a rally on Thursday in the northwestern French city of Caen. 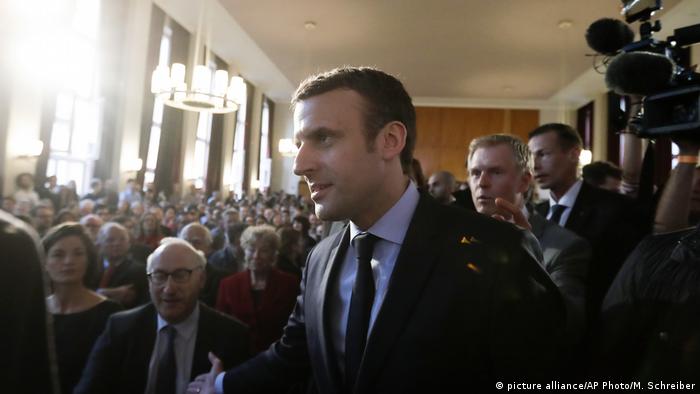 Speaking in front of the federal chancellery in Berlin, Macron praised Merkel and said the two politicians discussed issues such as establishing a European defense union and combatting terrorism.

Gabriel, meanwhile, had kind words for Macron. "From what I can see, you are the only presidential candidate in France who is driving a clear and unambiguous course for Europe," Gabriel said after his meeting with the candidate.

Macron, 39, is considered to be the frontrunner in the race to become France's next president. He is projected to beat Le Pen in the second round of voting on May 7.