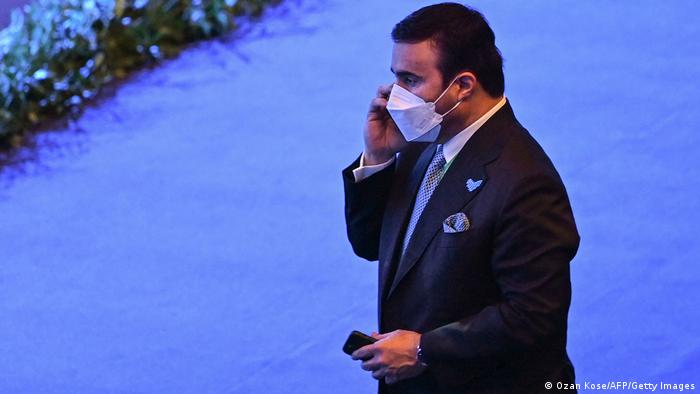 Interpol on Thursday elected a contentious official from the United Arab Emirates as its new president.

Major General Ahmed Naser al-Raisi, inspector general at the UAE's interior ministry, was chosen for one four-year term, despite having been accused of involvement in torture and arbitrary detentions by human rights groups.

The decision was announced amid the international law enforcement body's annual General Assembly held in Istanbul.

"It's an honor to have been elected to serve as the next president of Interpol," al-Raisi said. "Interpol is an indispensable organization built on the strength of its partnerships. It is this collaborative spirit, united in mission, that I will continue to foster as we work to make a safer world for people and communities."

Al-Raisi will take on a largely ceremonial role while the Interpol secretary general, Jürgen Stock, handles the day-to-day management of the organization. Stock was handed a second five-year term in 2019.

The appointment of al-Raisi comes despite concerns raised by human rights groups and members of the European Parliament. Al-Raisi is accused of torture and has criminal complaints against him in five countries, including in France, where Interpol has its headquarters, and in Turkey, where the elections are currently taking place.

German MP Peter Heidt of the Free Democrats also raised his concerns over the new appointment, telling DW it is "not a good sign for Interpol."

And when asked whether the election of al-Raisi suggests that Interpol is too dependent on the UAE, Heidt said: "We know that Interpol needs money, and the Arabic Emirates gave money to Interpol and they will continue this. Is that a good situation? It would be better that Interpol gets the money from all the state members and did not need money just as a gift."

The vote for Interpol's new president was being closely monitored following the 2018 disappearance of Meng Hongwei. He was the first president of the law enforcement agency to come from China, and he vanished during a trip to his homeland. It later emerged he had been detained, accused of bribery and other alleged crimes.

Al-Raisi succeeds Kim Jong-yang of South Korea, who has been in office since Meng Hongwei vanished.