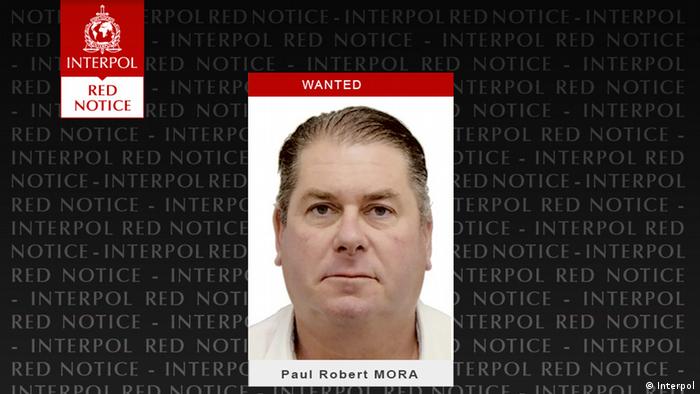 Interpol issued a "red notice" alert on Tuesday to locate Paul Robert Mora, a former trader with Munich-based bank HBV who is wanted by German prosecutors in a tax fraud case.

Mora's case is part of an investigation into the so-called cum-ex scheme in which participants lent each other shares to collect reimbursement for taxes they hadn't paid.

"The 53-year-old New Zealand national is suspected of facilitating and then concealing fraudulent transactions for an investor during his time as the head of division at a major bank between 2006 and 2008," the Interpol notice said.

Frankfurt prosecutors allege that more than €113 million ($136 million) in tax were evaded in rapid share transactions by bank traders, a lawyer and a tax adviser.

The tax scam known as "cum-ex"

Germany's federal investigators believe that "[w]ithin the bank, Mora allegedly concealed the true background of the transactions with the help of a deception system."

Lawyers deny Mora is a fugitive

The investment trader denied the accusations against him and would stay in his home country, New Zealand, according to his German lawyers.

Mora's law firm in Germany, Oppenhoff, was quoted by the Reuters news agency as saying that German officials had consistently known Mora's location.

"He's no fugitive," they said.

The suspect has been quoted in New Zealand media defending his trading practices as being "approved by legal experts."

Mora left HVB in 2008 and went on to jointly found an arbitrage firm.

Cum-ex practices became increasingly public from 2015 when the German state of North Rhine-Westphalia purchased an informant's CD with tax data on some 130 institutions — one of nine CDs eventually obtained by authorities.

What was 'cum-ex' scheme?

The scheme involved one trader "lending" another a share in a major corporation so it appeared that the shares were owned by two entities, therefore doubling tax reimbursement on dividends, although taxes had only been paid by one trader.

A legal loophole, which was scrapped by Germany in 2012, allowed the same shares to be owned by two entities.

Germany was the hardest-hit country by the scheme, with the state losing billions of euros.

The practice went on until a bank whistleblower in 2017 alerted the media and forced authorities to clamp down on the scheme.

Frankfurt prosecutors are preparing to open up a trial on March 25 in the city of Wiesbaden near Frankfurt.

Also accused at the trial is tax lawyer Hanno Berger, said by Reuters to be living in Switzerland since 2012 after German authorities searched his Frankfurt office and apartment.

At a related trial in Bonn last year, two British bankers were handed suspended sentences after they agreed to provide detailed information about cum-ex practices.

Germany's finance ministry in 2019 identified nearly 500 cases of suspected cum-ex fraud. The practice is estimated to have resulted in €5.5 billion of evaded tax in Germany alone.

"An estimated 10-12 billion euros of taxpayers' money was paid out to banks and millionaires instead of being invested in railways and schools," say the Greens.

Panama Papers lead to fines and tax clawbacks in Germany

A politician from Chancellor Merkel's CDU allegedly accepted illegal donations while CDU treasurer in his home state. The donations were allegedly made by a former secret agent who has been convicted of tax evasion.

Red notice issued for Mora by Interpol from Lyon, France