International Women′s Day: What young feminists around the world are fighting for | Culture | Arts, music and lifestyle reporting from Germany | DW | 07.03.2019

Stopping genital mutilation, providing access to abortion, women's visibility in the media: From Guatemala to India, DW looks at the issues activists focus on and their forms of advocacy, from poetry to protest. 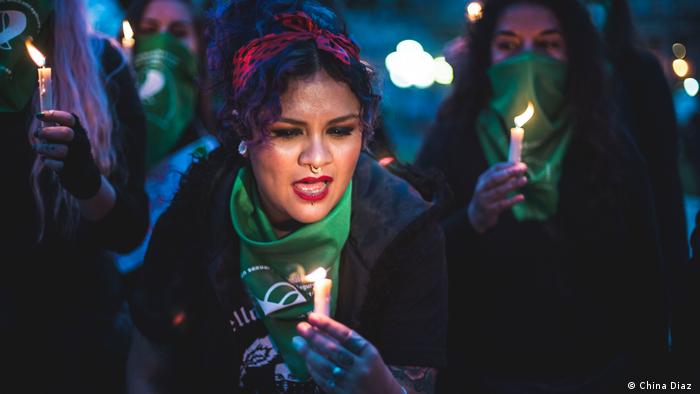 There is no single form of feminism, because in every country, the rights of women are different.

We asked activists from India, Guinea, the USA, Poland, Germany and Guatemala about the circumstances of women in their countries. How do they assess the situation? Where are the worst grievances? And what are they doing to fight against them? 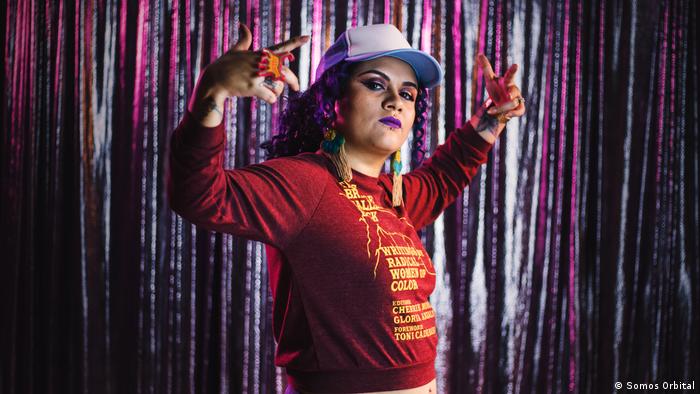 In Guatemala the violent murders of women is a huge problem. Next to Mexico, we have the highest rate of femicide in the world. But that's just the tip of the iceberg when it comes to violence against women. The year before last, for example, there were close to 91,000 pregnancies among 10- to 19-year-olds. At ages like that, it's certainly often through sexual abuse.

Guatemala is an intensely Catholic country. Most political decisions have their roots in religion. That's why in the schools there's no sex education, and abortion is prohibited.

With my music I fight against violence and the oppression of women. In rap and hip-hop, one can speak boldly about one's own experiences and make them visible. With the all-girl rap group I founded in 2014, Somos Guerreras, one thing we do is teach women how they can create a feminist rap song themselves.

The women's movement is still very small here, not comparable to Mexico or Argentina — that's certainly also because feminist activism can actually put your life in danger. But in spite of that, I'm optimistic that things will eventually change for the better. 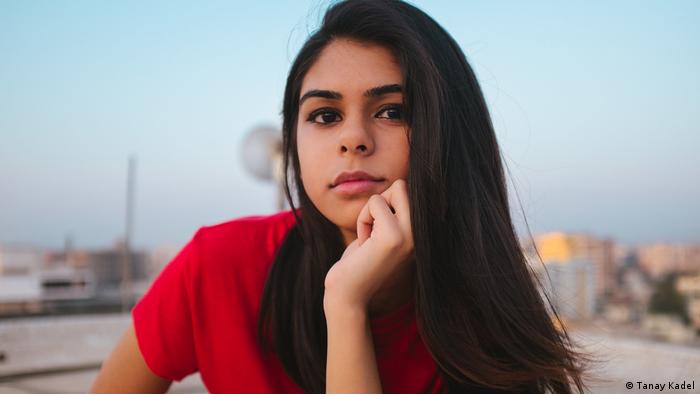 In India, very often our demands for a more equal country are met with aggression. We're being told that asking for the bare minimum is asking for too much.

I use poetry to spread awareness and start conversations. I go with the tag "Brown Girl" because as a young child we saw little to no positive representation of brown women in mainstream media. Since my performance of the poem "A Brown Girl's Guide to Gender," I have seen more women realize they're deserving of stages and platforms and [that they're] starting to use the microphone to share their stories, demand their rights, start conversations that have never made it to mainstream media. 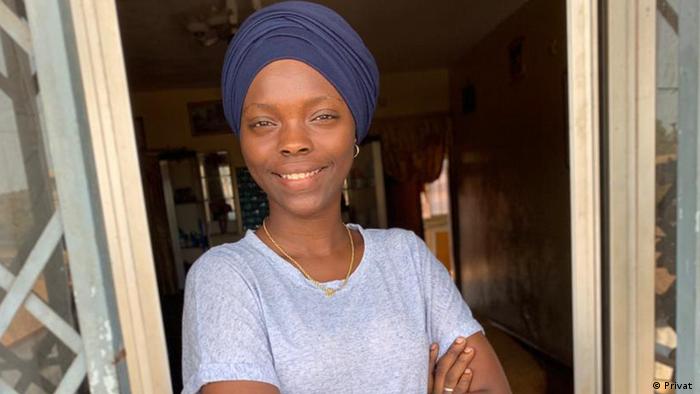 The situation of women and girls in Guinea is worrisome: 97 percent of women in this country are genitally mutilated and 52 percent of girls are married off as minors. Many women still die in childbirth, and domestic violence is also widespread.

The state must ensure that the laws are observed, because laws are a good thing! The greatest obstacles are tradition and religion. Circumcision, for example, is purely for religious reasons.

In 2016, I founded the "Club des jeunes filles leaders de la Guinée" to promote the emancipation of young women and end gender discrimination. I met with the Minister of Justice and asked him to respect the law. I explained to the First Imam what circumcision does to a woman.

One part of our work is therefore preventive — we try to raise people's awareness. Another part is to intervene directly when we are informed of cases of violence.

I think we're about to start a real revolution. In Guinea, we are now talking about things that were previously taboo. Something will change with my generation! 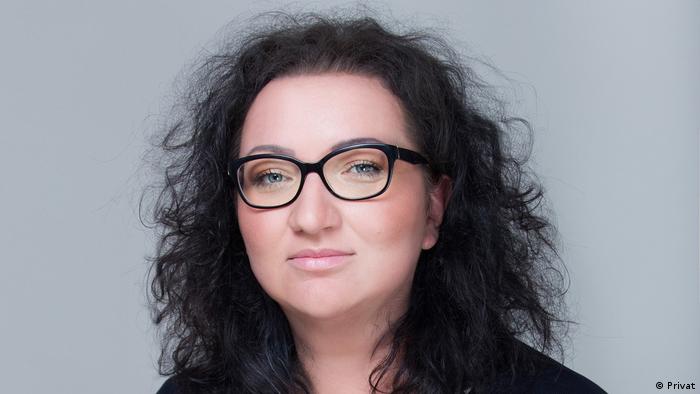 The situation of women in Poland has deteriorated since 2015 with the new right-wing conservative government. Abortions, even if they are legal, are rarely carried out as doctors invoke the religious "conscience clause" to deny medical service. The morning-after pill is unavailable and regular contraceptives are difficult to obtain.

Another issue is domestic violence. NGOs assisting victims had their financing cut by the state and their offices raided by the police. In January, the government wanted to enact a law that would basically legalize the first act of domestic violence — as it is already done in Russia. That is level of the discussion right now.

To counter this madness, I called for the first women's strike in Poland on October 3, 2016, called the "Black Monday/Black Protest." Women in 150 cities protested and managed to stop the proposed ban on abortion. On March 8, 2017, I co-organized the first International Women's Strike in 60 countries. Our strikes are currently one of the most powerful resistance movements in Poland, and we are constantly planning new events.

I hope that a progressive party will finally enter parliament at this year's elections. I want Poland to become a secular state that does not hate women, and is based on human rights and democracy. 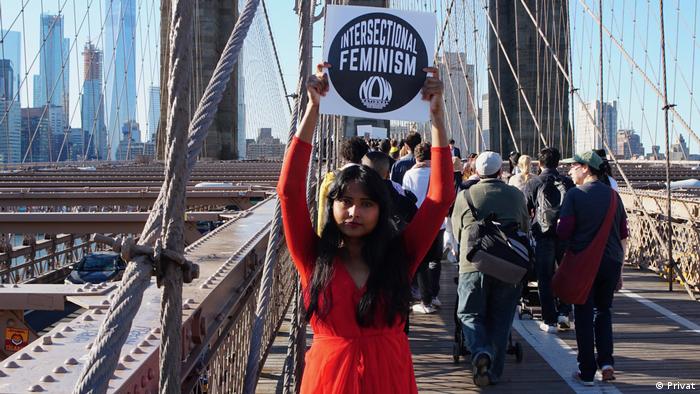 American women are suffering right now. A big reason is having a president who brags about sexual assault, undermines LGBT issues, and tells educational institutions to disregard anti-discrimination policies like Title IX. Trump and other Republicans' attacks on women's rights undermine decades, if not centuries, of feminist work.

Like my mom and grandma, I've been an activist since childhood. As a Muslim feminist and woman of color, and formerly undocumented activist, I endure discrimination daily.

To be successful, feminism must be intersectional: Women will be free only if we end discrimination or injustices of every kind, such as those based on race, origin, religion, etc.

My organization "Young Feminists & Allies," founded in 2014, is committed to intersectionality. We foster the leadership of young activists because they don't necessarily receive the same respect as older activists. The fight for equality isn't easy. But more and more people around the world are becoming activists, which gives me hope and energy. 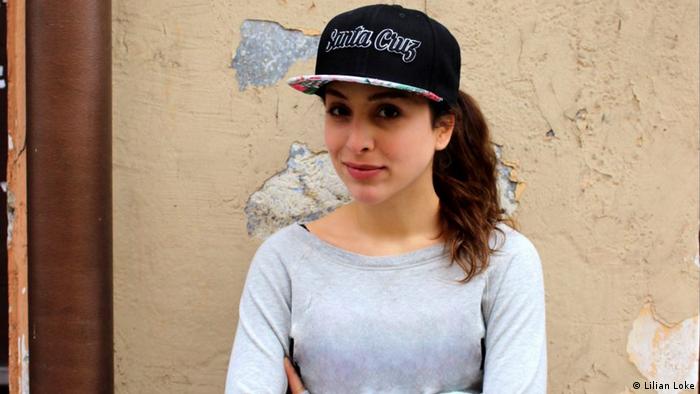 The situation for women in Germany is not as good as most people say it is. Every second day a woman is murdered by her partner here. While in Spain or South America millions have already taken to the streets because of such murders, the collective anger is still missing here.

Since violence against women also has something to do with their portrayal in the media, in 2015 I co-founded the association "Gender Equality Media." Our aim is that the murders of women or sexual assault cases or rape attempts not be trivialized by the media and by the use of a particular form of language. A murder should be called a murder and not "a dramatic case of jealousy." Or when a man at the Oktoberfest reaches up a woman's skirt to touch her groin, he shouldn't be called a "groper," because it's actually attempted sexual assault. Those who downplay violence in language also legitimize it, because it shifts our value system.

In workshops with organizations, publishers and editorial departments, we therefore work out the mechanisms of sexist reporting and give positive incentives in how to avoid it. Our goal is also to work with journalists to develop a concrete code and in the future, to end discriminatory and defamatory reporting on women.

Amnesty International has highlighted the growing role of women in the global fight for human rights in a new report. But it slammed "tough guy" leaders for the policies that make such activism necessary. (10.12.2018)

Who tops British magazine ArtReview's annual ranking of the most influential players in the art world? This year, it's an art dealer, followed by a painter and, for the first time, a movement. (09.11.2018)