While the start of the Bundesliga has been delayed by the international break, the best of Germany's top-flight players have been representing their countries in both friendly fixtures and various qualifiers. 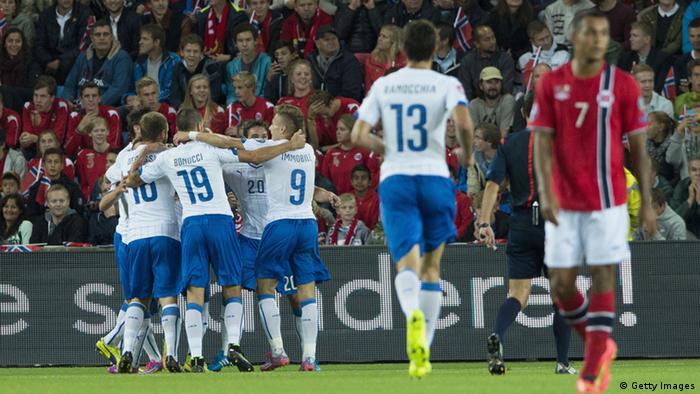 Away from those in action for Germany, here's a round-up of the Bundesliga players that have been representing their countries this week.

In Norway's 1-0 friendly defeat to England, Gladbach's Harvard Nordtveit, Hertha's Per Skjelbred and Hoffenheim's Tarik Elyounoussi were involved. In their 2-0 qualifying defeat to Italy, Elyounoussi played the last 40 minutes while Skjelbred played 75 minutes before being taken off. Hertha's second-choice goalkeeper Rune Jarstein was in the squad but didn't feature in either game.

Leverkusen's Hakan Calhanoglu was in the squad for Turkey's 2-1 win against Denmark, but didn't play, however club teammate Omar Toprak did. Calhanoglu came off the bench in Turkey's surprise 3-0 qualifying defeat to Iceland, but Toprak had a worse afternoon as the defender saw red after collecting two yellow cards.

Wolfsburg's Nicklas Bendtner, Hannover 96's Leon Andreasen and Bayern Munich's Pierre-Emile Hojbjerg all featured in the 2-1 win defeat to Turkey. In the 2-1 qualifying win against Armenia Hojbjerg opened the scoring for Denmark, while Bendtner led the line and Andreasen watched on. Borussia Dortmund's Henrikh Mkhitaryan also scored in that game, but couldn't stop defeat, as was the case in the 2-0 loss to Latvia in a friendly. 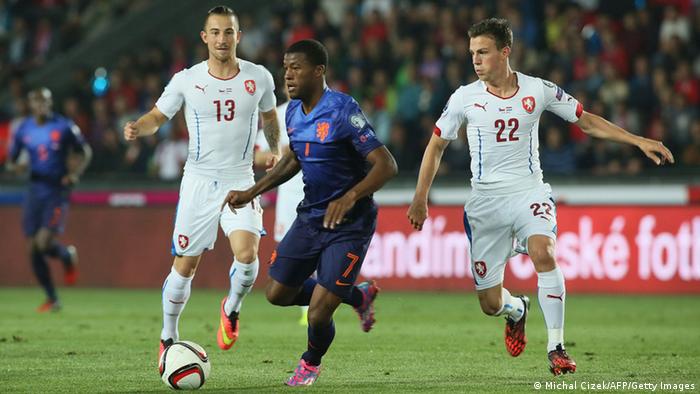 It's been a tough start for Netherlands' coach Guus Hiddink, and Freiburg's Vaclav Pilar's injury time winner for the Czech Republic didn't help

Borussia Dortmund's Ciro Immobile scored the opening goal in that friendly, and impressed again in the 2-0 win against Norway, but was taken off on a stretcher late in the game.

Although he hasn't been scoring in the Bundesliga, Stuttgart's Vedad Ibisevic bagged a brace for Bosnia and Herzegovina in their 3-0 friendly win against Liechtenstein. Despite scoring their opener against Cyprus, Bosnia lost 2-1 in their opening qualifier. Hoffenheim's Ermin Bicakcic and Werder Bremen's Izet Hajrovic got some game time in the friendly, and against Cyprus Bicakcic played the full 90, while Hajrovic had to make do with another substitute appearance.

Slovakia battled to a 1-0 win over Malta, with Freiburg's Karim Guede came off the bench for the final five minutes. He didn't feature in their 1-0 win in qualifying against the Ukraine though.

Sweden won 2-0 against Estonia, but Gladbach's Branimir Hrgota didn't come off the bench in that game or in the 1-1 qualifying draw with Austria. Bayern Munich's David Alaba, Stuttgart's Florian Klein and Martin Harnik, Schalke's Christian Fuchs, Mainz's Julian Baumgartlinger and Bremen's Zlatko Junuzovic were on the pitch for Austria though. Cologne's Kevin Wimmer and Bremen's Sebastian Prödl were unused subs.

The only other country rivaling Austria for Bundesliga representatives is Switzerland. In the 2-0 qualifying defeat to England, there were 12 Bundesliga players in the Swiss squad. Gladbach's Yann Sommer started between the posts, with fellow goalkeepers Freiburg's Roman Bürki and Augsburg's Marwin Hitz both on the bench. Wolfsburg's Ricardo Rodriguez and Hamburg's Johan Djourou were in defense, while HSV's Valon Behrami, Gladbach's Granit Xhaka and Bayern Munich's Xherdan Shaqiri were in midfield. In attack, Leverkusen's Josip Drmic came off the bench, while Frankfurt's Haris Seferovic and Freiburg's Ahmed Mehmedi started. Hertha's Valentin Stocker was an unused sub. 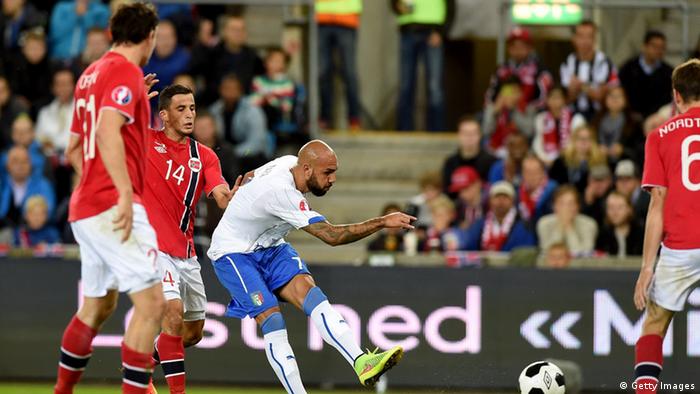 Italy have started well under new manager Antonio Conte, but Ciro Immobile's injury will be of concern

Croatia beat Cyprus 2-0 but Wolfsburg's Ivica Olic couldn't get on the scoresheet. Leverkusen's Tin Jedvaj came on for the final 13 minutes. In Croatia's 2-0 qualifying win against Malta, neither Olic nor Jedvaj featured.

Wolfsburg's Kevin de Bruyne played the full 90 minutes in Belgium's 2-0 win against Australia. Gladbach's Thorgan Hazard was an unused sub, as was Borussia Dortmund's Mitch Langerak on Australia's bench. Belgium's qualifier against Israel has been moved to March 31st, 2015 due to the Gaza conflict.

Japan had a mixed international week. On Friday, they suffered a 2-0 defeat to Uruguay despite the presence of Hannover 96's Hiroki Sakai, Hertha's Hajime Hosogai and Mainz's Shinji Okazaki. Cologne's Yuya Osako came off the bench, as did Stuttgart's Gotoku Sakai, albeit for the final two minutes. On Tuesday, they drew 2-2 with Venezuela, twice throwing away the lead. Osako started this game, but was replaced by Okazaki at half time. Gotoku Sakai played the full 90, but Hosogai didn't, coming off for the final 15.

Leverkusen's Heung-Min Son played the full game in South Korea's 3-1 win against Venezuela, but didn't find the back of the net. Bayern Munich's Robert Lewandowski had no trouble finding the net for Poland though as he scored four in their 7-0 qualifying win against Gibraltar.

He hasn't played for Hertha Berlin yet, but new-signing Salomon Kalou was in action for the Ivory Coast in their 2-1 win African Cup of Nations qualifier against Sierra Leone. Under the management of Volker Finke, Cameroon won against the Congo DR, and Schalke's Eric Maxim Choupo-Moting played the full game.

Borussia Dortmund's Adrian Ramos came on for Colombia in the last five minutes of their 1-0 defeat to Brazil and club teammate Sokratis was also helpless to prevent defeat as Greece lost 1-0 to Romania, who brought on Stuttgart's Alexandru Maxim in the second half. Dortmund's Milos Jojic didn't lose, but didn't take part either as Serbia drew 1-1 (friendly) with France. Mainz's Filip Djuricic and Eintracht Frankfurt's Aleksandar Ignjovski did get on the pitch though.

Mainz's Gonzalo Jara played the full game in Chile's 0-0 draw with Mexico, while Hannover 96's Miiko Albornoz played a good chunk of the second half.