International Literature Prize for ′The Last One′ | Culture | Arts, music and lifestyle reporting from Germany | DW | 30.06.2021

International Literature Prize for 'The Last One'

Fatima Daas' novel draws on her childhood in a Paris banlieue, as well as her conflicted identity — as a Frenchwoman, Algerian, Muslim, and lesbian. 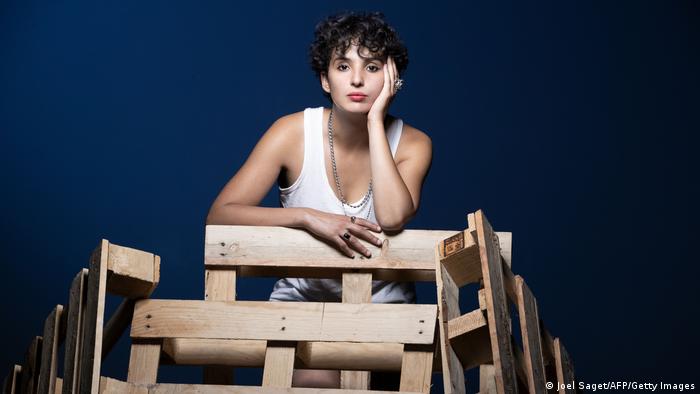 The International Literature Prize is awarded by Berlin's cultural center Haus der Kulturen der Welt (the House of World Cultures, or HKW) and the Foundation Elementarteilchen. The prize honors a work of contemporary literature in translation, so both author and translator receive the award.

This year, it goes to French-Algerian writer Fatima Daas (a pseudonym), and her German translator Sina de Malafosse. The French original is titled La petite dernière; the German translation is titled Die jüngste Tochter. The work has also been translated into English as The Last One by Lara Vergnaud, and is due out in November 2021.

The work draws on the author's experiences growing up in a Paris banlieue, as well as her struggles with combining her often conflicting identity as a Frenchwoman, Algerian, Muslim and lesbian.

Fatima is both author and protagonist 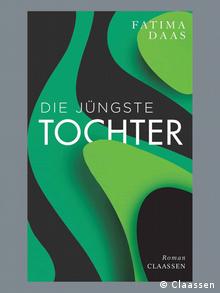 Author Fatima Daas was born in 1995 and grew up in the unglamorous, majority-Muslim Parisian suburb of Clichy-sous-Bois. This suburb is where cars burned during riots in 2005, and where young people felt forgotten by politicians. Every day, Fatima, which is also the name of the protagonist in this mix of autobiography and fiction, spent "three hours on public transport," secretly observing her fellow passengers.

She saw white people wearing suits as they block the paths of other passengers in the entrances; mothers who got angry looks due to their whining children; young people with eyes glued to their cell phones. Fatima did not feel she belonged to their world. Instead, she felt connected to her religion. At age 8, she observed Ramadan for the first time.

In her Algerian family, she was the only one who was born in France. Her Arabic was not very good, and her mother had to translate for her at family gatherings, which shamed Fatima. In fact, Fatima is ashamed about many aspects of her life — first and foremost her homosexuality. She has known she is attracted to women since she was a schoolgirl.

"I realized as a teenager that I had never read a story about a Maghrebi, lesbian, Muslim woman. As if such a thing didn't exist," author Daas revealed to DW in an interview. For years, she herself had the feeling that she was being given a choice: lesbian or believer. Her novel character and the novel itself now show: "I don't have to choose. It's possible to be both," Daas says. "I exist, so it's possible."

Daas' novel has many autobiographical elements, but protagonist and author are not to be confused: "I created this character and then I approached her to reinvent myself and embody her as best I could," the author says about the process of her novel.

Love, despite many obstacles

In the novel, at the age of 25, she meets Nina and falls in love. The protagonist feels she is a sinner, yet does not want to turn away from Islam, even though her religion condemns her sexual orientation. This conflicted conscience is at the heart of Daas' debut book.

In France, La petite dernière has been celebrated by critics and readers alike. Daas has given a new voice to a younger generation with migration roots, critics have said. She draws attention to the everyday racism that is still commonplace in France, such as when her Spanish teacher expresses doubt that she has actually done her impeccable homework herself.

Daas' protagonist is believable and authentic. She accurately captures the mood in a suburb located on the "wrong" side of the tracks or, in this case, the highway, which separates the neighborhood from the city center. At the same time, readers gain insight into the complex inner life of the protagonist, who shares her constant conflict of conscience while recounting family violence and her polygamous sex life.

A fragmented style for a "fragmented" identity 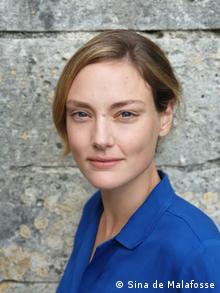 "The end result is very smooth, but while translating, I noticed that there are a lot of changes in rhythm," German translator Sina de Malafosse told DW. "It goes from sounding like a rap song to suddenly sounding like a prayer. Then, it turns into a conversation between mother and daughter, between two girlfriends, between two teenagers."

The translator said that Daas had found the ideal form in her fragmented style, which also reflects the fragmentation of the protagonist's identity.

In her text, Daas experiments with these various narrative techniques and writes in a non-linear fashion. The sentences are short, and at times sound terse, as though they were just spat out. "Every word of this autobiographical-fictional novel debut testifies to the narrator's fearlessness, openness and vulnerability," said the jury of the International Literature Prize, which has now honored the author and translator. "Fatima Daas' words are so precisely and powerfully placed because she knows she needs her words to create a world in which she wants to live," the jury statement continued. 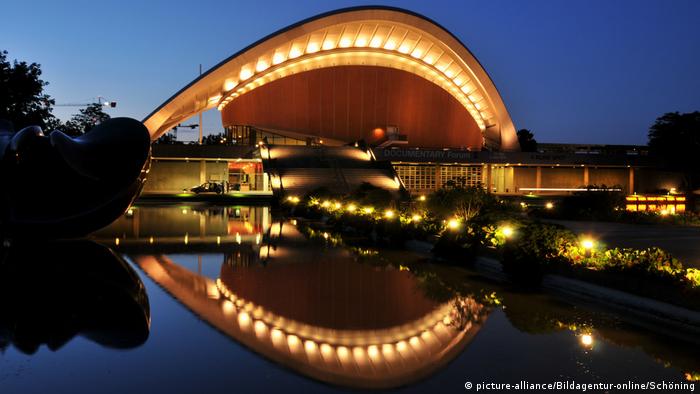 Due to the pandemic, the author and translator were only recently able to meet in person. Their work had been done through constant email exchanges. Their joint achievement is now being honored with the International Literature Prize.

For the 13th time, the House of World Cultures and the Elementarteilchen Foundation are awarding the international prize for contemporary literature and its translation into German. The prize money for the author amounts to €20,000 ($23,700); for the translator, €15.000 ($17,800).

Sina de Malafosse manages to maintain equal parts precision and a play with language in her translation, the jury statement said. "She allows words to sparkle in their ambiguity yet without losing their meaning…without ever taking away the narrator's control over all that she wants to say."

Over the years, the International Literature Prize has repeatedly helped make the voices of relatively unknown authors more prominently heard in Germany.

This year, a literary debut was honored that could hardly be more topical. Racism, sexual self-determination, religion and tradition, and feminism are themes that resonate in Fatimas Daas' novel, without ever coming across as trite or patronizing.

Three participants in the contest "Your Song for One World" discuss the power of music as a tool to express their political views and trigger social change.

As French suburbs rage against police, some take a different tack

The alleged rape of a black man by police has sparked outrage and violence in France, drawing attention to the gritty banlieues. In one Paris suburb, however, youngsters have helped clean up the mess the mayhem caused.

Police in the southwestern French city of Nantes again clashed with protesters overnight. The demonstrations followed a deadly shooting by police of a man during a stop-and-search.

Inside Europe: The problems and promises of France's banlieues

With his latest tome, the literary provocateur Michel Houellebecq completes his writer's quest: to portray a dying white patriarchy. The big surprise comes in the acknowledgments.

France has again been rocked by a series of Islamist attacks. Jürgen Ritte, a German professor at the Sorbonne in Paris, spoke to DW about how France handles terror.