Two international courts are beginning investigations into Russia's war against Ukraine. One trial starts on Monday, another could target Putin directly. 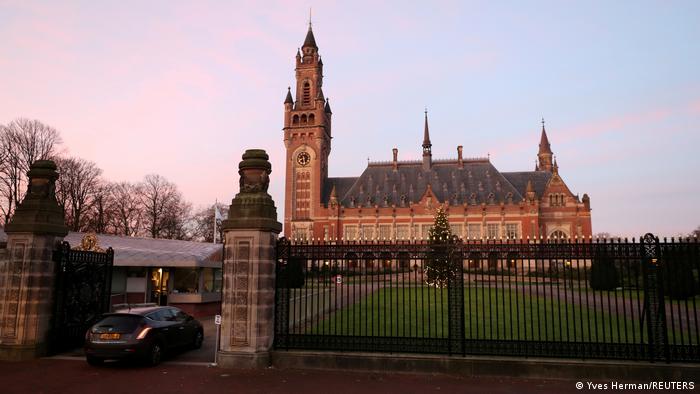 International Court of Justice, The Hague

This Monday, Ukraine will have the floor at the International Court of Justice in The Hague. The United Nations court, which is tasked with settling disputes between two countries, is considering an injunction Ukraine has sought against Russia under the UN Convention against Genocide.

Kyiv wants the UN judges to classify the Russian attack as genocide and at the same time reject Moscow's claim that Ukraine was committing genocide against the Russian minority in the east of the country.

On Tuesday, the Kremlin's lawyers will vehemently reject the case as Russia denies the jurisdiction of the court in The Hague. Moscow will argue that since no genocide is being committed by Russia, there is no case and therefore no court that would have jurisdiction.

A question of jurisdiction

The difficulty of any case at the International Court of Justice is that plaintiff and defendant states must both recognize the jurisdiction of the court.

Russia - and also the US - have never generally recognized the UN court, but instead do so only on a case-by-case basis, Professor Kai Ambos, an expert in international criminal law from Göttingen, explained to DW.

It is therefore very unlikely that the hearing this week will lead to any tangible results for Ukraine. But the trial does draw attention to the international courts and how they will be dealing with Vladimir Putin's war.

There is also a second trial at another international court currently getting underway: The prosecutor at the International Criminal Court has already begun investigations into whether the Russian President or other leading figures in the Kremlin are responsible for war crimes or crimes against humanity in Ukraine.

"I am satisfied that there is a reasonable basis to believe that both alleged war crimes and crimes against humantiy have been committed in Ukraine," the court's chief prosecutor, Karim Khan, said in The Hague. He instructed his prosecutors to investigate and secure evidence. The first teams are already in Ukraine, Khan said last week.

"It's extraordinary,” Ambos told DW. "Since the Criminal Court was established, we've never had the prosecutor react so quickly without the UN Security Council being involved.” 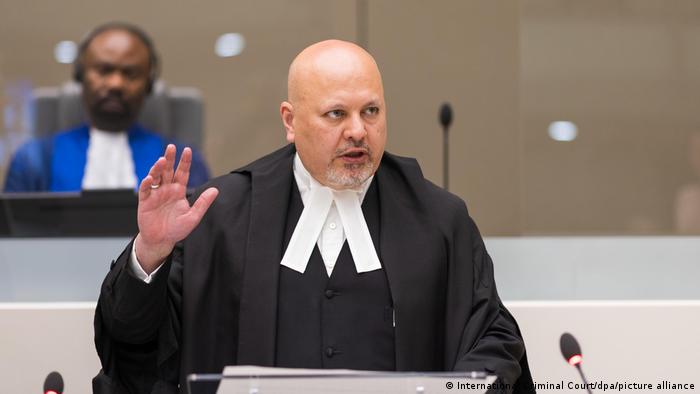 The ICC's Khan has already begun his investigations

Investigator Khan's investigation is given even added weight by the fact that 38 countries led by the United Kingdom support the case. That means that a swift and extensive investigation is possible, without the need for an examination by a so-called "trial chamber" with three judges, according to British Foreign Minister Liz Truss.

"An investigation by the ICC into Russia's barbaric acts is urgently needed and it is right that those responsible are held to account,” Truss said in London. In addition to Germany, the supporting countries include almost all EU members, but also Canada, New Zealand and Costa Rica.

The Göttingen professor Ambos thinks its important that many countries show solidarity with the court, as it will give it more legitimacy. One problem though is that Russia is not a signatory to the treaty which the court is based on, the Statute of Rome.

Like China, Russia is an "enemy" of the court, Ambos explains. "Only signatory states are obliged to cooperate. That does not apply to Russia." Ukraine is also not a signatory but has declared it will accept the ruling of the judges in The Hague.

Putin as a defendant?

Will Russian President Vladimir Putin ever be in the dock if the trial goes ahead? "It's not completely out of the question, but it's not likely that Mr Putin will have to appear before the court at some point," believes Kai Ambos.

Leaders like Putin usually stay in office until they die and therefore won't be extradited. One way would be if Putin gets toppled in Russia and a new government could extradite him to The Hague.

This is what happened to Sudan's former President, Omar al-Bashir, who was extradited by the country's new government last year. "We cannot predict the course of history. You'd have to be a great optimist," Ambos told DW.

During a trial, the criminal court could issue an international arrest warrant for Putin and other alleged perpetrators. They could then be arrested when traveling to states who are signatories to the Court.

It is also possible that the prosecutors of individual states will start their own investigations, as happened in Lithuania on Thursday. Such procedures would also be conceivable in Germany. In January, a Syrian doctor was convicted of crimes against humanity in the Syrian war in a trial in Germany.

Such procedures based on the "principle of universal law" are generally also possible against Russians involved in the war against Ukraine. Anyone can file a criminal complaint with the Federal Public Prosecutor's Office.

Proceedings could also be brought before the Council of Europe's European Court of Human Rights in Strasbourg. In the case of the Yugoslav wars, the UN set up a special court, a special tribunal. In the case of Russia however, this could fail because of Moscow's veto right in the UN Security Council.

Ukraine claims that Russia lost nine planes in a blast that rocked a Russian airbase on the Crimean Peninsula. The G7 has criticized Russia's occupation of the Zaporizhzhya nuclear power plant. DW rounds up the latest.