The destruction of Syria's chemical weapons has so far proceeded smoothly. But the main work still lies ahead. An escalation of the fighting or a change in Assad regime's policy could impede the disarmament process. 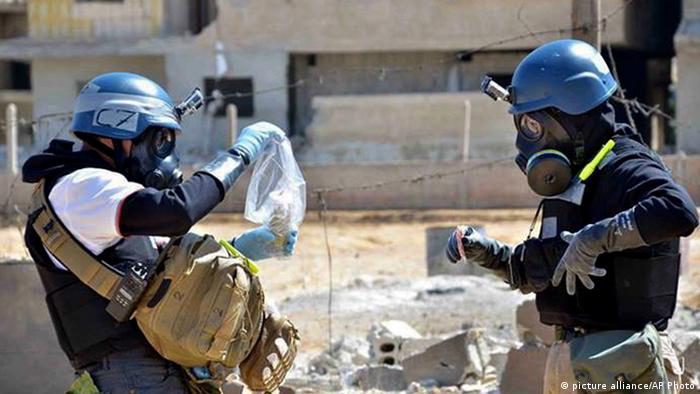 Syrian President Bashar al-Assad has been a cooperative partner in the destruction of his regime's chemical weapons, meeting all of the international requirements demanded of him. Shortly before the deadline on November 1, the OPCW reported that all of the production facilities had been destroyed.

"The sites for the production and assembly of chemical weapons and loading munitions have been destroyed," Christian Chartier, spokesman for the Organization for the Prohibition of Chemical Weapons (OPCW), told DW. He went on to say that all of the critical equipment had been eliminated and the 41 registered sites in 23 locations were no longer functional.

According to Chartier, the weapons inspectors were using brute force. The installations were destroyed with hammers, pipes were broken and walls were torn down with bulldozers.

"It's not an operation that necessitates advanced technology," Chartier said. 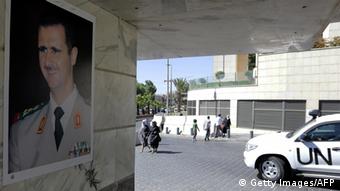 But only the first phase of the process of disarmament has been completed. According to the OPCW, the Syrian government is no longer capable of producing chemical weapons. Yet the stockpiles, which were manufactured before the destruction of the facilities, still exist. By June 2014, the weapons inspectors are expected to destroy an estimated 1,000 tons of chemicals and 290 tons of finished chemical weapons.

There are still open questions. There is no guarantee that all of the production and storage facilities of the Assad regime have been declared and are known to the OPCW. The Syrian opposition claims that government has secretly moved poison gas and production equipment to Lebanon.

Such claims against the regime are as difficult to verify as the allegation that opposition elements have used poison gas. At the end of October, the National Syrian Coalition denied Russian claims that rebels in Syria's Kurdish region had used chemical. Resistance fighters and the Syrian government blame each other for the August 21st sarin gas attack in Damascus. According to the opposition, that attack left 1,300 people dead.

The United States blames the Assad regime for the August 21st sarin attack in Damascus. International outrage over the attack led to adoption of UN Resolution 2118, which requires Syria to destroy its extensive chemical weapons stockpiles and production facilities. The resolution also applies to the Syrian opposition. According to the resolution's text, neither side should stockpile or use chemical weapons.

Albert Stahel, professor for strategic studies at the University of Zurich, said he believes the Syrian rebels possess chemical weapons. Stahel pointed to photographs of the spent surface-to-surface rockets, which contained the poison gas, as evidence. The rockets are of a special type which proves that they came from the rebels, he said. But the OPCW does not want to comment on such speculation.

"This is a process which encompasses all the parties in Syria and which aims to reach a comprehensive security for the Syrian population," Chartier said.

Assad's cooperation may not last 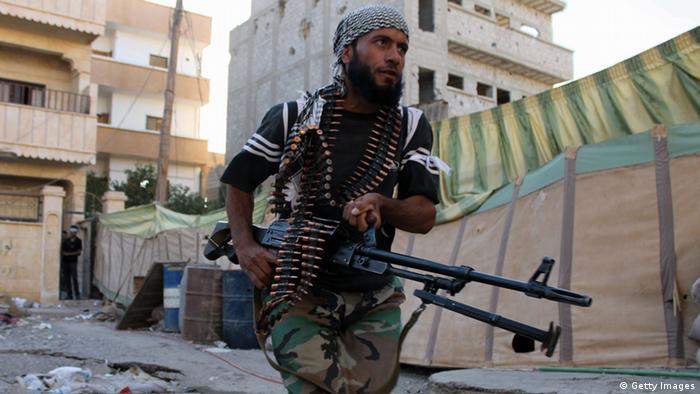 Whether the OPCW's goals are reached, depends on many factors. The Assad regime's willingness to work with the inspectors plays an important role. So far, the OPCW is satisfied with Assad's cooperation. But it remains to be seen whether this cooperation will last. Joshi Shashank, a Syria expert with Britain's Royal United Services Institute (RUSI), said it's possible Assad would end his cooperation with OPCW in the future.

The situation on the battlefield could also impede the destruction of the chemical weapons. All of the known chemical weapons depots are currently in regions under regime control, but it won't necessarily stay that way. In the first phase, the OPCW was unable to examine all 23 of the locations. Two locations had to be left out, because there was fighting going on around them.

According to Chartier, Assad made a credible case that the equipment and materials from those two locations were brought to the sites that the OPCW could access. Meanwhile, Assad's forces were able to win the battles near those two locations. The Syrian Observatory for Human Rights reported that government troops capture the city Safira near one of the depots. But heavy fighting elsewhere could make the costly transport of dozens of tons of highly dangerous agents impossible.

"The inspectors could run into problems in the later phases of the process, when large convoys have to come in and out of these facilities," said Shashank.

In addition, there's the danger that the chemical weapons could fall into the hands of radical groups that don't care about UN resolutions.

The OPCW won't have much time to celebrate winning the Nobel Peace Prize. In Syria, the Organization for the Prohibition of Chemical Weapons is facing the most complex mission in its history - and the timetable is tight. (15.10.2013)

'A moral surge' against chemical weapons

Chemical weapons rank among the worst weapons of modern warfare. DW talked to Ralf Trapp, who co-founded the Organization for the Prohibition of Chemical Weapons, which just received the 2013 Nobel Peace Prize. (13.10.2013)

Opinion: Good for the world, too little for Syria

The Nobel Peace Prize has been awarded to the Organization for the Prohibition of Chemical Weapons (OPCW). The move offers encouragement for their difficult work in Syria, says DW's Rainer Sollich. (11.10.2013)