The Nigerian army is suspected of killing hundreds of Shiite Muslims, but there are doubts whether the alleged culprits will be prosecuted. Fifty Shiites, meanwhile, face charges over the death of one soldier. 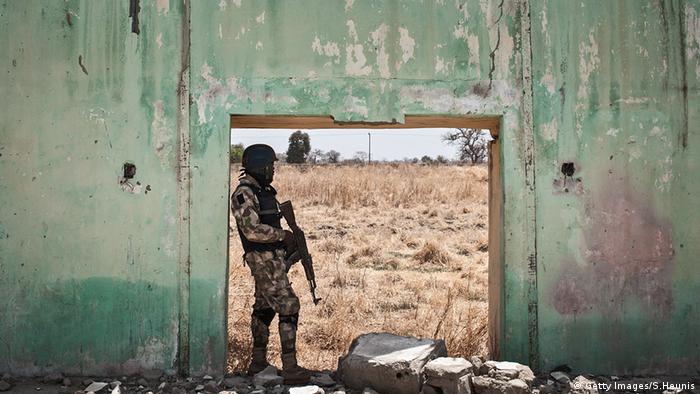 Muhammed Musa counted the bodies. "347 to be specific," he told DW. Musa, who works for the Interfaith Mediation Center, was called to the scene after the massacre of Shiite Muslims carried out by Nigerian soldiers in the city of Zaria from 12 - 14 December 2015. "I met one major, he showed me those corpses in some three trucks. He didn't know the number at the time," Musa said.

Zaria in Kaduna State is a place of pilgrimage for Shiite Muslims from across West Africa. The Shi'ites are a tiny minority; the majority of Nigerian Muslims are Sunnis. The massacre was preceded by clashes between the Shiite group Islamic Movement in Nigeria (IMN) and local security forces. Members of the group had erected a street barricade halting the progress of a Nigerian army convoy. The army later maintained that rebels had tried to assassinate a high ranking officer. The Shiites deny this allegation; human rights activists also say it lacks credibility.

Amnesty International released a report revealing the Nigerian military's horrific conduct. Those who were injured in the clashes were executed on the spot or burned alive, Amnesty said, citing numerous witnesses. "From afar I could only see a big mound but when I got closer I saw it was a huge pile of corpses on top of each other," one witness said. After the massacre was over the military cordoned off the area and systematically removed all traces of what had happened. They washed away the blood and collected the empty cartridges, Amnesty said in its report.

The scale of the massacre would appear to be even bigger than the number of confirmed dead. There were another 350 people who were present at the scene who have simply disappeared without trace, Donatella Rivera, Amnesty's Senior Crisis Response Adviser, told DW. "Their families have not found them, neither in hospitals nor in prisons. There's the great fear they may have been killed and buried in other mass graves," she said.

Shiites in the dock

The hearings at which members of the Nigerian military were questioned by a Commission of Inquiry into the killings came to an end in Kaduna on Friday (29.04.2016). Kaduna is the capital of the Nigerian federal state of the same name. The Commission has six weeks to complete its report. A spokesman for the Nigerian military described Amnesty's report as "hasty" and said it would be best to wait until the Commission has presented its findings. But rights activists doubt whether the perpetrators will be called to account for their actions. Chidi Odinkalu from the Open Justice Initiative says the selection procedure for members of the Commission was unfair. Odinkalu is a former head of Nigeria's national Human Rights Commission.

Kaduna human rights activist Nasiru Abbas is equally dissatisfied. The state of Kaduna has brought charges against 50 Shiites in connection with the death of a soldier. They could face the death penalty. Yet the Shiites themselves are frequently victims of assault and persecution. "How can a government that claims to protect its citizens sentence 50 people to death?" Abbas asked. While the Commission is still carrying out its investigations, charges of this sort are untimely and inappropriate, he added. 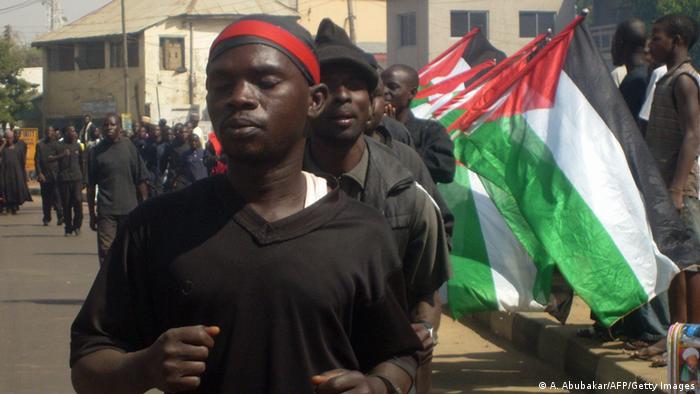 Nigeria's Shi'ite Muslims, seen here in Kano, are the frequent target of attacks

General Adeniyi Oyebade was the senior officer responsible for the army's actions in Zaria. During the Commission's hearings, he said they had detained dozens of Shiites as a precautionary measure. "We saw hundreds of IMN members brandishing all kinds of dangerous weapons, including pistols," he said. Oyebade's remarks contradict those made Amnesty's Donatella Rivera, who told DW that the demonstration was peaceful and the demonstrators were unarmed.

Abubakar Matazu, the Dean of the Faculty of Law at Umaru Musa Yar'adua University in Katsina, believes that Shiites must shoulder at least some of the blame for the escalation. "They have been taking the law into their own hands for a long time. Their operations are like that of an autonomous government within Nigeria. No country in the entire world would ever permit any organization to operate as such," he said. However the Nigerian army tended to overreact during operations, he added.

This is not the first time that the Nigerian military have been severely criticized for human rights violations. While combating the Boko Haram insurgency, they have used excessive force against unarmed citizens. President Muhammadu Buhari, who has been in office for a year, has vowed to tighten army discipline and punish those who violate human rights. But such promises have so far yielded little in the way of results.

This inaction is endangering counter-insurgency efforts, says Nigerian analyst Kabiru Adamu. "The implications are being felt by the Nigerian military and that is lack of support from the local populace where they are working," he said. If atrocities are left unpunished, relations with the civilian population deteriorate - and no military strategy can succeed without local support, he added.

This could mean investigations into the Zaria massacre will be conducted outside Nigeria. A Muslim lobby group in the UK has already brought the case to the attention of the International Criminal Court in The Hague.


Fred Muvunyi and Ibrahima Yakubu contributed to this report

Amnesty International has accused Nigeria's military of deliberately shooting dead more than 350 Muslims and burying them in mass graves. Nigerian officials claimed the protesters wanted to kill the head of the army. (22.04.2016)