The head of the German domestic intelligence agency has urged refugees to help identify terrorist suspects and risks. Hans-Georg Maassen said he could not exclude a Californian San Bernardino-style attack in Germany. 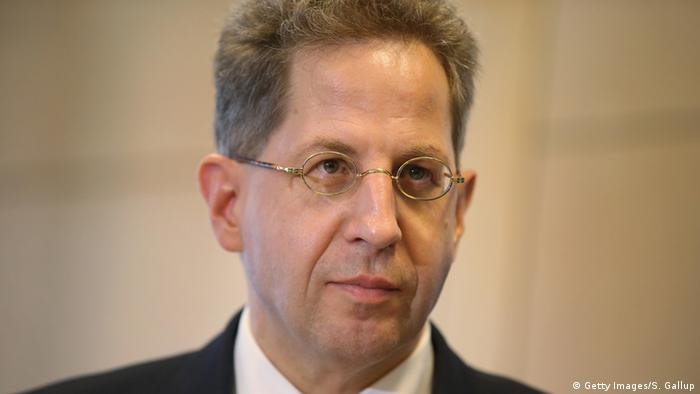 Maassen told the eastern German public broadcaster MDR-Info on Thursday that tip-offs about potential jihadists was "not denunciation."

He said his agency based in Cologne, known as the Federal Office for the Protection of the Constitution, or Bundesverfassungsschutz (BfV) in German, was dependent on informers to prevent attacks - whether they gave tips on potential jihadists or far-right extremists.

US authorities have been scrambling to explain why - despite massive outlays on surveillance - they failed to anticipate and foil the California attack eight days ago.

A US-born man of Pakistani origin and his recently arrived Pakistani wife shot and killed 14 people in San Bernardino holiday park on 2 December. The pair were killed in a later shootout with police.

Maassen said security risks had long been high before the German parliament's decision last Friday to actively deploy German Bundeswehr hardware and up to 1,200 personnel as part of the international campaign against the "Islamic State" (IS) militia.

IS holds swathes of northern Syria and western Iraq in an area devastation by Syria's civil war which began in early 2011.

Germany had long been in the focus of IS and al Qaeda, he said.

His BfV agency reckoned there were 1,100 Islamists in Germany who were prepared to use violence. Of these, 430 could commit a serious crime at any moment, he said.

His remarks to MDR-Info came after Germany had sent a frigate and began deploying aircraft as part of a 64-nation coalition pitted against the IS.

Germany's domestic intelligence chief has defended charges against Netzpolitik reporters to "ensure the fight against extremism and terrorism." Netzpolitik was to be investigated for publishing "classified" documents. (02.08.2015)