Influential German director Christoph Schlingensief is dead | News and current affairs from Germany and around the world | DW | 21.08.2010

The theater and opera director Christoph Schlingensief has died of lung cancer aged 49. He was considered one of the most important figures in German contemporary theater. 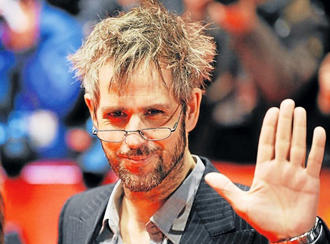 Schlingensief has lost his battle with lung cancer

German director Christoph Schlingensief, who was also a renowned actor and artist, has died at the age of 49 after suffering from lung cancer for more than two years, according to a spokesman of the Ruhrtriennale festival.

Schlingensief directed numerous movies, plays and operas, including an internationally recognized production of Parsifal for the Wagner summer festival in the southern German city of Bayreuth in 2004.

Recently, he had been working on a project in the West African country of Burkina Faso, setting up a "village of opera," which was to combine video, live actors and music.

His last major production was the Via Intolleranza II opera project in Brussels last year. He was engaged to curate Germany's pavilion at the Biennale in Venice next year.

Schlingensief, who was born in the central German town of Oberhausen on 24 October 1960, was often controversial, but also "one of the most important artists in the country," according to the director of The Museum for Modern Art in Frankfurt, Susanne Gaensheimer. 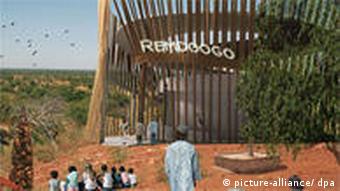 Schlingensief could not finish his opera village in Burkina Faso

"A major talent in theater has left the stage," Berlin's mayor Klaus Wowereit said on Saturday.

In 1998, Schlingensief founded the political party "Opportunity 2000" and took part in national elections, asking people to vote for themselves.

He also invited people to join an anti-chancellor swim in the then-Chancellor Helmut Kohl's holiday retreat in Lake Wolfgang in Austria. His aim was to cause the lake to overflow with six million people in it, the number representing Germany's unemployed at the time.

His struggle with lung cancer was the subject of diaries, describing his treatment and his fear of death in meticulous detail. He is survived by his wife and long-time assistant Aino Laberenz.

Schlingensief was to design German pavilion at 2011 Venice Biennale

An opera house in Africa? Diebedo Francis Kere, the architect behind director Christoph Schlingensief's visionary idea, tells Deutsche Welle why the project is good for his country, Burkina Faso. (07.04.2010)