Industry, non-profit groups divided over how to increase food production

With 850 million people already suffering from hunger worldwide, climate change and population growth could lead to even bigger food crises in the future. Industry and NGOs are divided over how to tackle the problem. 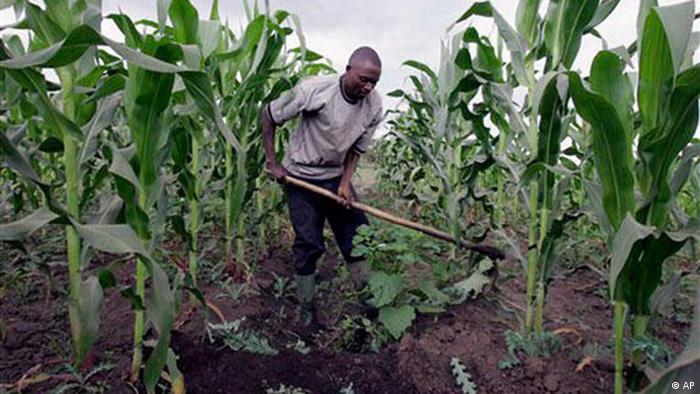 Global population growth has shot up precipitously in the past 200 years. In 1800, around one billion people lived on the planet. Currently, Earth is populated by seven billion people, with that number expected to rise to nine billion by 2050. All of those people have to be fed, which confronts society with major policy problems. Already, 850 million people worldwide suffer from hunger and two billion are malnourished.

"I think that the question of food as a human right will be the global challenge of this century," said Hans-Peter Friedrich, Germany's agricultural minister, at the Global Forum for Food and Agriculture (GFFA) in Berlin on Saturday (18.01.2014).

Experts assume that global food production must increase by 70 percent in order to meet the world's changing dietary habits.

But that's a one-sided observation, according to Achim Steiner, executive director of the UN Environment Program (UNEP).

"What hasn't been sufficiently discussed is that we cannot achieve this type of expansion or production," Steiner said. "At least not under the current conditions; in other words, the agricultural systems that we are currently working with." 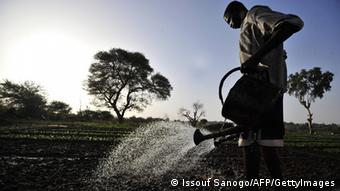 "In the past 100 years, we have dried out 50 percent of all the wetlands in the name of progress," Steiner said. "If you take a look at climate change and the destruction of tropical forests, then the horizontal expansion of agricultural in this form is no longer tenable."

According to Steiner, the real question is how to empower the farmers of tomorrow, so that they don't destroy agriculture's natural capital - land, fertility, and water resources - to such an extent that the future of productive farmland itself is thrown into question.

On the one hand there's the model of industry, according to Bernhard Walter with the development organization Bread for the World, which is associated with Christian churches in Germany.

"Industry says that we need more investment, more fertilizer with a lot of pesticides and perhaps genetic modification to increase production," Walter told DW. "The other side - churches, NGOs and civil society - say that we have to improve the potential of farmers or tap into their knowledge, so that they can increase their production." 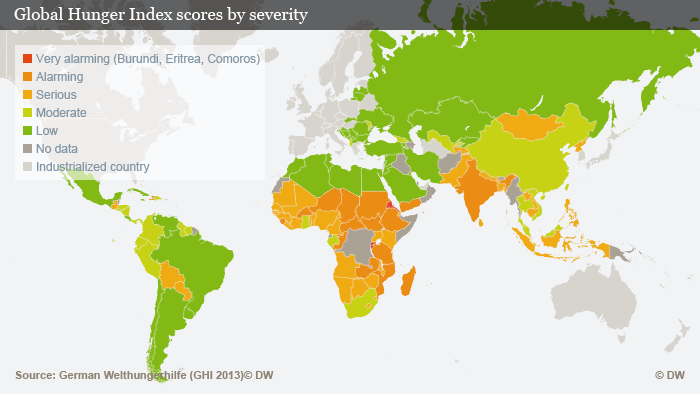 In addition, there are the different political interests of individual governments within the World Trade Organization (WTO) and European Union (EU). It's an argument over direction that raged at the GFFA forum on Saturday, which has been held in Berlin since 2008.

Ministers from 69 countries traveled to the German capital over the weekend; among them, Robert Sichinga, the agricultural minister of Zambia. One third of his country is farmland. Corn is the main crop.

"We don't want our food supply to be dependent on other countries," Sichinga said. "The World Bank and the International Monetary Fund (IMF) tell us that we can't plant maize anymore, but should import genetically altered maize from South America instead. For us, that's a stupid suggestion that we will not accept under any circumstances." 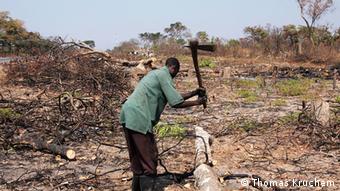 Zambia is banking on small farmers who plant traditional types of corn. The government supports the purchase of seeds and fertilizer with considerable subsidies.

In addition, the government buys up the corn in order to ensure a measure of price stability. Critics say that Zambia lags far behind its agricultural potential and could achieve much more with the right technology.

"We don't want genetically modified crops in Zambia because we don't know what consequences they have for human health," Sichinga said. "As an African, I also won't let others tell me that their way is the only way that's right."

African countries such as Ghana, Nigeria, Tanzania, Kenya, Uganda and Burkina Faso are taking a different approach. Genetically modified corn - as well as cotton, sugar cane and bananas - are being planted in those countries. Philip von dem Bussche, spokesman for the seed company, KWS Saat AG, thinks that's the right way to go. Progress will be achieved above all through new breeds of crops, he said.

"We are also trying to make plants healthier to protect them from climate change and diseases and to improve their quality," said von dem Bussche, adding that it's about turning farmers into entrepreneurs.

'We are not moving fast enough' 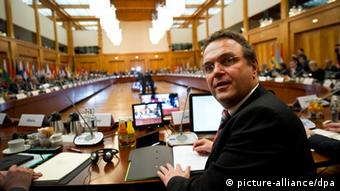 There's no foreseeable end to this entrenched ideological struggle. As a consequence, progress has stalled.

"We are not moving fast enough," said UN environment expert Steiner. It's a criticism that certainly applies to the agricultural ministers in Berlin. Nothing groundbreaking was included in the summit's final communiqué.

According to that communiqué, agriculture has to be strengthened so that it can withstand climate change and limited resources. This is only achievable through diverse, sustainable and productive farming, the document said. There should be investment in crop research and support for family farms. Decentralized solutions should also be recognized and private property respected, according to the text.

Germany's agricultural minister, Hans-Peter Friedrich, said that above all the relevant actors have to talk with each other more. Berlin will campaign for more and better communication, he said.

Zambia's agricultural sector, with its reliance in small-scale farmers, is in crisis. The government is pinning its hopes on foreign expertise and capital. One German-Zambian firm has taken up the challenge. (16.01.2014)

As the world’s largest fair for agricultural products and horticulture gets underway in Berlin, German farmers are putting on a show of confidence - despite the many recent food scandals. (17.01.2014)