As the internet users are increasing in Indonesia, the cybercrimes are also on the rise. The country's president has pledged tougher actions, but internet activists say the government is trying to muzzle free speech. 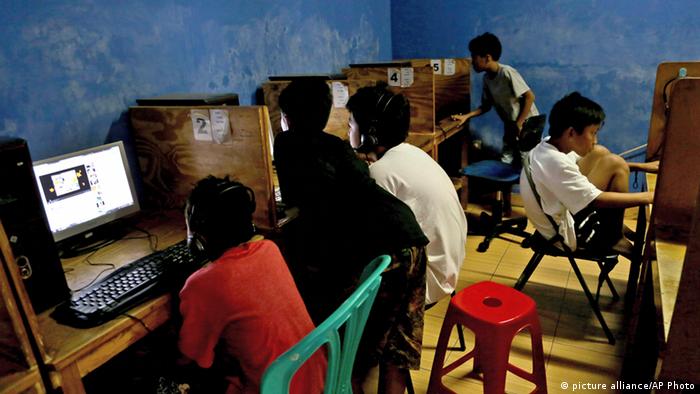 Indonesian President Joko Widodo recently admitted that the cybercrimes had been on the rise in his country. The number of online crimes grew by 389 percent between 2014 and 2015, the president said.

Most of these crimes are related to the country's growing e-commerce sector. The Muslim-majority country of 250 million people is turning into a lucrative market for the e-commerce businesses in Asia with an estimated annual growth rate of 50 percent. It has been projected to be the third largest e-market in Asia after China and India by 2020.

The government is now taking tougher measures to prevent cybercrime. But the press freedom activists are skeptical.

In a DW interview, Damar Juniarto, a regional coordinator for the Southeast Asia Freedom of Expression Network (SAFENET), explains how Indonesia's internet law is being used to curb free speech. 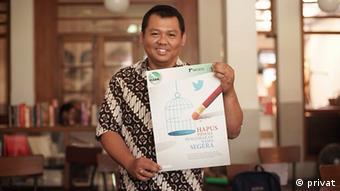 Damar Juniarto: 'A precise definition of cybercrime is still missing'

DW: President Joko Widodo has expressed his concern over an alarming increase in cybercrimes. What is your take on it?

Damar Juniarto: It means that the government takes the internet very seriously. The people are actually concerned about the future of the web, as it is slowly becoming a part of their daily lives. For that reason, they want a better internet protection. Of late, many cybercrimes have been reported to the police, and that is why the government is taking tougher actions.

At the same time, we are concerned about the internet freedom. Indonesia's internet law, the Electronic Information and Transaction Law, was promulgated in 2008. In some cases, the law has been used to curb the freedom of expression of the country's ordinary citizens.

What makes you skeptical you about the law?

According to the law, online pornography, online fraud, money laundering and online gambling are cybercrimes. However, the law is not restricted to covering only these crimes. It also considers online defamation, online blasphemy and online threats as cybercrimes. And that makes us skeptical about the implementation of the law.

Since 2008, more than 200 internet users have been reported to the police for online defamation and blasphemy. We checked those cases and found out that they were not involved in anything that could be deemed defamatory or blasphemous. Many of the users were actually arrested for expressing their opinion freely on the internet. In some cases, they were detained for raising their voices against corrupt government officials.

This week, media development stakeholders will discuss how to foster freedom of expression at the World Forum for Media Development in Jakarta. #mediadev looked at some of the topics and challenges for the ASEAN region. (19.09.2016)

Online freedoms are under attack in large parts of Asia, especially Southeast Asia. A Freedom House study says most countries in the region are either "not free" or only "partly free." (15.05.2014)

Has the government taken enough measures to prevent cybercrimes?

What needs to be done to ensure the freedom of expression on the internet?

The government must make sure that the people can express their opinions freely and without any fear. The internet law shouldn't be used to limit the freedom of expression of the internet users. Also, Indonesia needs a privacy law to enable people to use the internet more independently.

The online freedom of expression is under threat in the entire Southeast Asian region. The authorities cannot differentiate between a cybercrime and an ordinary crime. A precise definition of cybercrime is still missing.

Some110 million people use the internet in Indonesia, and more than half of them are women. The internet allows them to run businesses from home. They can sell almost everything online. It has become a source of income and knowledge for them.

Damar Juniarto is the Regional Coordinator for Indonesia at the Southeast Asia Freedom of Expression Network (SAFENET).