Indonesia has passed laws easing restrictions around harvesting power from the nation’s volcanoes. Experts are hoping this will kickstart the country's potentially lucrative renewable energy market. 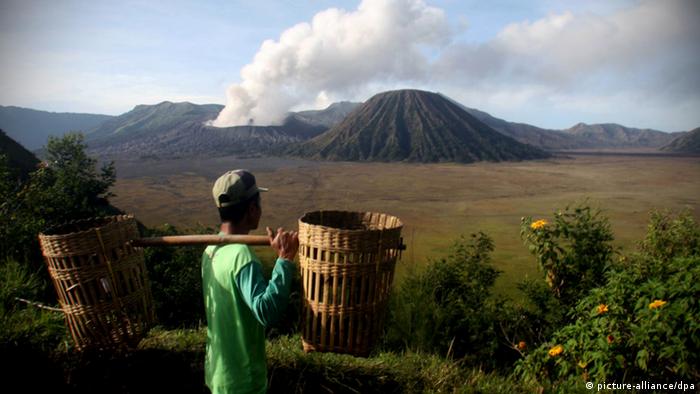 New laws have been passed in Indonesia in an effort to fast-track renewable sources of energy. The changes are a revision to the existing legislation around geothermal energy which is sourced from the country's numerous volcanoes. The new law reclassifies exploratory activities for energy hotspots, thus circumventing problematic environment protections. It also gives the central government the responsibility of awarding licenses to investors wanting to explore sites, taking it away from local authorities.

With around 150 volcanoes, most of them active, Indonesia is ideally placed to become a leader in renewable energy. But although the country could supply up to 40 percent of the world's geothermal power, many sites earmarked for development in the archipelago have been mired in red tape, rendering the Southeast Asian nation dependent upon fossil fuels such as coal and oil.

By far the biggest issue for the industry has been the huge expense involved in both exploring and eventually drilling deep into the earth's crust to tap into this energy source. Jakarta has gone to great lengths to encourage the use of geothermal power, including setting itself ambitious goals for the building of new plants.

Meanwhile, Indonesia continues to suffer from a chronic lack of electricity as the demands of its 247 million citizens outpaces supply. Alexander Richter, founder and principal of the online magazine and consultancy firm ThinkGeoEnergy, says in a DW interview that while the new law is a promising step, whether it heralds a new era of green energy in Indonesia depends on financing and continued government support.

DW: What does this new law mean for Indonesia's energy industry?

Alexander Richter:The new geothermal legislation in Indonesia has indeed been a long time in the making. This is a complex law as it not only opens forest areas for geothermal development, but also affects the decision power of local authorities, shifting some of it to the central government and thus causing a lot of opposition. 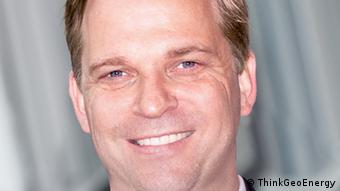 Richter: 'This is a complex law as it not only opens forest areas for geothermal development, but also affects the decision power of local authorities'

Last but not least, other industrial sectors looked at securing their position towards geothermal energy as well, asking for similar development rights. The recently concluded presidential election surely also delayed the process. Now one can expect licensing and permitting to be done much quicker, also making the process much simpler.

How is geothermal energy extracted?

Geothermal energy, or essentially the heat of the earth, can be found in the magma in the inner core of the planet. Volcanic activities are an expression of that energy coming to the surface in the form of magma or through erupting volcanoes. The energy is tapped by drilling wells into reservoirs of hot water that have formed above the magma. Through those drilled wells, steam is brought to the surface, which is used to turn turbines that generate power. If re-injected through additional wells, geothermal systems can be sustainable for decades.

Geothermal energy can essentially be found and tapped around the world; it is just a matter of how deep one needs to drill, which in turn is an issue of economic feasibility. Geothermal energy is closest to the surface in volcanic areas alongside tectonic plates. This is why most of today's geothermal energy plants and projects can be found in the western United States, Mexico, in the Philippines, Indonesia, Italy, New Zealand, Iceland, and Japan, and not to forget in Kenya and other countries in the East African Rift Valley.

But through different technologies, geothermal energy can also be tapped into in other non-volcanic areas of the world, such as Germany. However, this would require deeper wells, thus making the process more costly.

If Indonesia has the potential to supply up to 40 percent of the world's geothermal energy, what is stopping it from doing so?

A volcano has erupted in Indonesia, killing six. Mount Rokatenda has shown increased volcanic activity since October last year, with authorities banning people from coming within 3 kilometers (2 miles) of its crater. (10.08.2013)

Indonesia is said to have the world's largest geothermal energy reserves but their potential remains mostly untapped. That could soon change with German know-how. (12.07.2012)

It is always difficult to find the right balance between what is technically possible and what is economically and environmentally feasible. So, even if the potential is great, geothermal development requires lots of money up-front and involves some risks related to successfully tapping reservoirs through drilling.

Furthermore, geothermal resources are not always where you need the power, which requires transmission infrastructure. In addition to this, attracting foreign investment and the availability of bank financing are important issues for each geothermal region today. Political issues and competition from other energy sources might also play into the equation.

However, Indonesia has taken a lot of steps to help its geothermal industry grow. Providing guarantees for power purchase agreements by the state power company, setting feed-in-tariffs and now opening up forest areas for geothermal exploration, are all steps welcomed by the industry. So the path for further development should be laid. Time will tell how things will move from here.

Why does a country with such vast untapped power sources still face regular power cuts?

Indonesia is an emerging economy, growing at an incredible pace. The energy demand is increasing at a magnitude that would be difficult to manage for any country. As an archipelago country with more than 17,000 islands and a population of roughly 250 million, energy demand has not only grown significantly, but also created transmission issues.

Transmission infrastructure often does not grow at the same pace as power development or demand. This, in turn, leads to weaknesses in the energy market and power cuts. A similar situation can be found in the Philippines.

What is the environmental impact of geothermal energy production facilities?

There always is some environmental impact of plants, as development requires road work and infrastructure, including well fields to be built. There are also some emissions from plants, but this is something that should be accounted for by the company in charge. Compared to other energy sources, however, the environmental footprint of geothermal power plants is rather small.

Are there any risks involved given the fact that geothermal plants are often located in the vicinity of volcanoes?

The placement of those plants always takes into consideration potential eruptions. While there have been instances were lava flows have threatened geothermal plants, I have not heard of plants having been destroyed as a result. 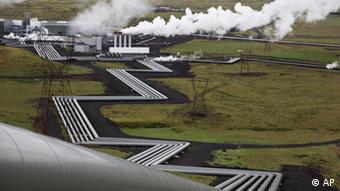 Geothermal energy can essentially be found and tapped around the world; it is just a matter of how deep one needs to drill, says Richter

Earthquakes are another element and are actually often positive for reservoirs as they naturally fracture the ground and help increase and "refresh" reservoirs. Plants themselves might shut down for a few days, but are not seriously affected.

How long will it take for Indonesia to switch to geothermal energy as its main power source?

With the tremendous energy demand in Indonesia, the country will depend on a variety of energy sources. Geothermal energy will be an important element, but it is unlikely to be the main power source, at least in the foreseeable future.

Alexander Richter is the founder and principal of online magazine and consultancy firm ThinkGeoEnergy, which focuses on news and issues concerning the geothermal energy industry.