Authorities expect the death toll from an earthquake and tsunami to rise dramatically amid shortages of medicine and rescue equipment. They have also announced that at least 1,200 inmates have escaped from local prisons. 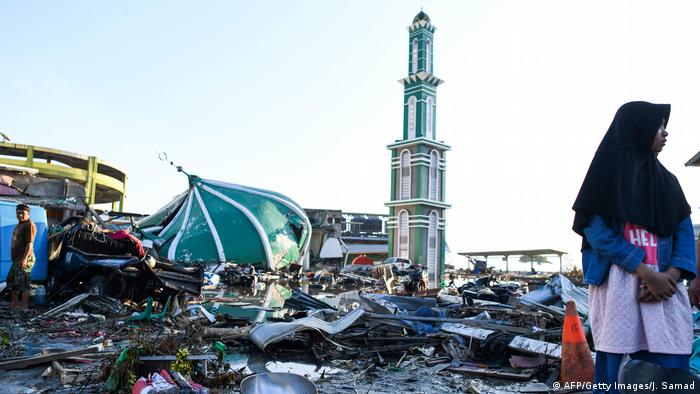 Volunteers on the Indonesian island of Sulawesi were preparing mass graves for over 1,000 people on Monday as the death toll in the earthquake and tsunami-devastated region hit 844 amid warnings that it is likely to rise much higher. At the same time, authorities in the area warned of multiple mass prison breaks.

President Joko Widodo has opened the door to dozens of international aid groups and NGOs to help reach remote areas that still have not received help since the twin disasters. Rescue workers have already begun to complain of medicine shortages and a lack of the necessary equipment to reach survivors trapped in collapsed buildings.

As a result, authorities in the city of Palu, where all but 23 of the confirmed deaths occurred, fear the death toll will skyrocket in the coming days, with disease outbreaks caused by decomposing bodies a major concern.

The Donggala region north of Palu, where 300,000 people live, and two other districts where communication was cut off, are of particular concern, with authorities so far unable to assess the casualty numbers there.

Ministry of Justice official Sri Puguh Utami said inmates had fled from two overcapacity facilities in Palu and another in Donggala, an area near the epicenter of the earthquake.

"I'm sure they escaped because they feared they would be affected by the earthquake. This is for sure a matter of life and death for the prisoners," she said. 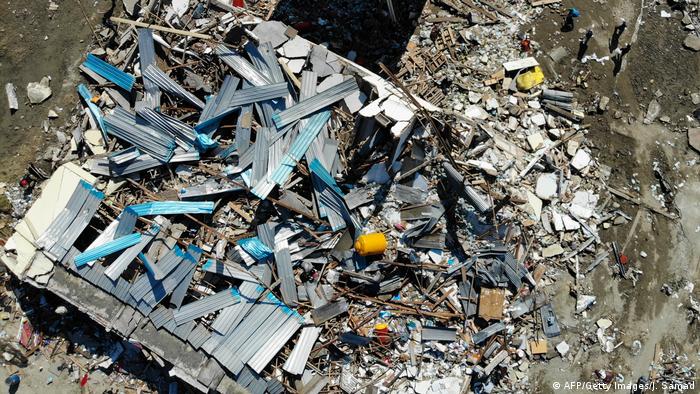 Utami said most of the 343 prisoners in Donggala had been jailed for corruption and drugs offenses.

Indonesia's search and rescue agency had complained that due to massive budget cuts, its tsunami warning system has not functioned properly for six years.

"Our funding has been going down every year," agency spokesman Sutopo Purwo Nugroho said.

The 7.5 magnitude tremor struck the quake-prone region on Friday, prompting a tsunami that was as high as 6 meters (20 feet) in some places. The devastation has yet to be fully assessed, but footage showed huge swaths of flattened trees and buildings reduced to rubble.

Death toll from quakes and tsunami in Sulawesi soars

Japan has held a moment of silence to honor those who were killed in the 2011 earthquake, ensuing tsunami and subsequent nuclear accident. Some 123,000 people who were evacuated have yet to return home six years later. (11.03.2017)

Vanuatu is the world's most at-risk country for natural hazards, according to a UN University WorldRiskIndex. And it's not just storms, earthquakes, volcanoes or tsunamis that are the problem. (17.03.2015)

Indonesian teen rescued after 49 days at sea on log raft

Aldi Novel Adilang was working as a lonely lamp keeper when his small fishing vessel came unmoored. He was finally saved by a shipping vessel near Guam. (24.09.2018)