Indonesian authorities have decided to give the prisoners facing death sentence for drug trafficking more times with their families. The decision follows intense pressure from the Australian government. 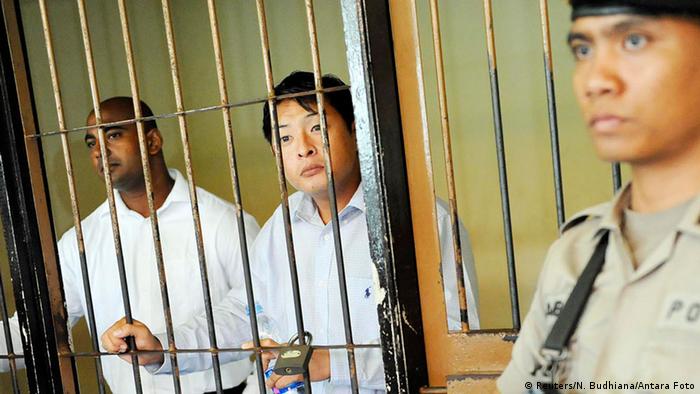 Australian citizens Andrew Chan and Myuran Sukumaran were arrested in 2005 for attempting to smuggle 8.3 kilograms (18.3 pounds) of heroin to Australia from the Indonesian resort of Bali, and convicted to death as ringleaders of the smuggling plot. Seven other members in their gang received prison sentences ranging from 20 years to life.

The authorities planned to move a group of prisoners including the Australians from a prison in Bali to a maximum security prison in central Java, where the convicts were to face a firing squad. No date has been set for the executions.

However, Indonesian Attorney General Muhammad Prasetyo said in a text message that he had ordered a postponement of their transfer from Bali, according to Australian ABC television. The decision was prompted by medical concerns and families' requests, the attorney general's office said on Tuesday.

Prasetyo said the decision came after requests from various parties, including the Australian government, to afford the Australians more time with their families.

"I'm sure this week there won't be a transfer," Tony Spontana, spokesman for the attorney general's office, told reporters.

The Australian government has urged Indonesia not to execute Chan and Sukumaran, saying their executions would be "a grave injustice."

Australian Prime Minister Tony Abbott said on Monday that his government had been appealing to Jakarta for amnesty. "Like millions of Australians, I feel sick in the pit of my stomach when I think about what is quite possibly happening to these youngsters," Abbott said, referring to Chan and Sukumaran.

On Tuesday, all of Australia's surviving former prime ministers, including Malcolm Fraser, Bob Hawke, Paul Keating, John Howard, Kevin Rudd and Julia Gillard joined Abbott in his bid to save the two men.

Fraser, prime minister from 1975 to 1983 wrote: "We are very much opposed to the death penalty in Australia…These two men made a mistake when they were young and foolish."

"As a deep, long-standing friend of Indonesia, I would respectfully request an act of clemency," Rudd, who was president in 2007 and 2013, wrote in a statement.

One hundred thirty-three people are on death row in Indonesia, out of which 57 are for drug crimes.