An elusive crocodile that was trapped with a tire around its neck for six years has been freed from its predicament and re-released. The animal's savior took three weeks to finally catch and cut it free. 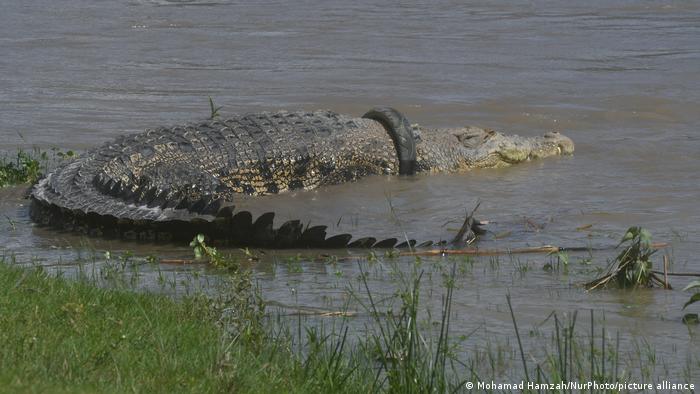 Indonesian media on Tuesday said a 4-meter-long (13-foot) wild crocodile that had a motorcycle tire stuck around its neck since 2016 was freed on the island of Sulawesi.

The creature's plight had become well-documented after years of unsuccessful efforts by animal experts — some of them internationally renowned — to remove the cumbersome object.

Conservation workers have been trying to lure the crocodile from a river since 2016 after residents of Palu city saw the animal with a motorbike tire wrapped around its neck. They feared it might choke the saltwater croc as it grew in size.

Experts, including Australian wildlife show presenter Matthew Nicolas Wright and fellow crocodile observer Chris Wilson, tried their luck, as did US expert Forrest Galante. However, each of their efforts failed.

Authorities in Palu went as far as to offer a reward to anyone daring enough to get close to the crocodile — and grapple the tire away. They dropped the prize offer out of fear for the animal's safety.

It was finally down to a 34-year-old bird seller named Tili, living more than 1,000 kilometers (more than 600 miles) away on the island of Java, to travel to the stricken reptile's aid.

"I just wanted to help, I hate seeing animals trapped and suffering," he told the AFP news agency.

At the end of his three-week mission to trace the animal and pull it to land, Tili lured the crocodile ashore using a stick with chicken and used ropes to secure it while the tire was cut away. It was pulled ashore by dozens of locals. 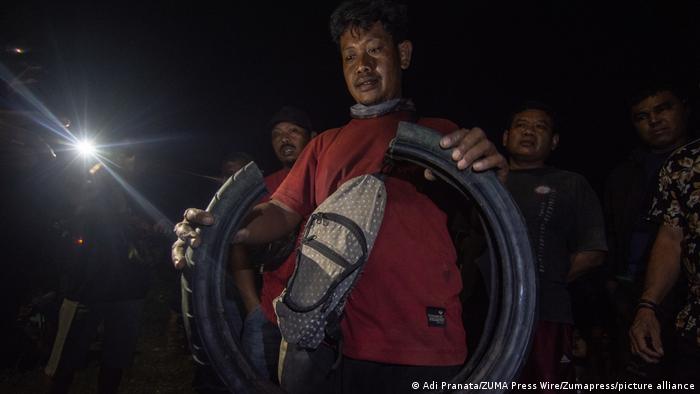 "I was already exhausted so I let them finish the rescue, the crocodile was unbelievably heavy, everybody was sweating and getting very tired."

Two of Tili's earlier attempts failed because the ropes were not strong enough to contend with the crocodile's weight. He then swapped for tougher nylon ropes used for tug boats.

A local conservation agency expressed its gratitude and said Tili would receive an award for his efforts.