The Supreme Court has upheld the death sentences issued for the fatal gang-rape of a 23-year-old. The brutality of the case triggered a massive outcry and threw a spotlight onto India's problems with sexual assault. 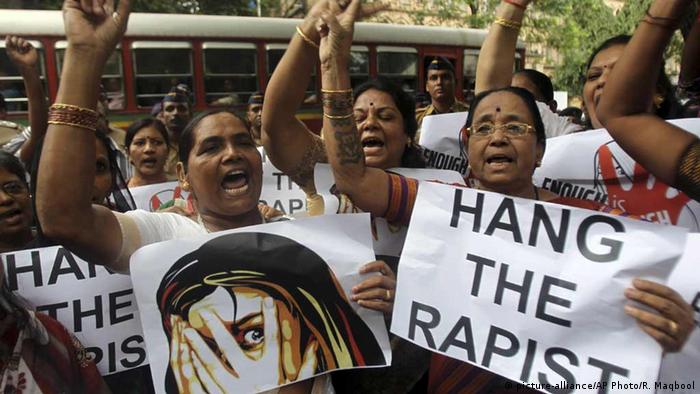 Thousands protested for the death penalty in the gang-rape case

Indian Supreme Court Judge Yogesh Khanna said the trial of the four men fell into the "rarest of rare category," thereby justifying the sentence of death by hanging that a lower court originally handed out in September 2013.

"If at all a case warrants the death sentence it is this case," the court's statement said. On Friday, the court described the case as "'most brutal, barbaric and diabolical,'" the Press Trust of India reported.

Akshay Thakur, Vinay Sharma, Pawan Gupta and Mukesh Singh were convicted of murder, gang-rape, theft, conspiracy and "unnatural acts" in the 2012 death of 23-year-old physiotherapy student Jyoti Singh. The four men took the woman to the back of a private bus with tinted windows where they proceeded to rape her and penetrate her with an iron bar.

Jyoti Singh suffered massive damage to her organs and died of grievous internal injuries in a Singapore hospital 13 days later. In a brief moment of consciousness following the attack, she told her relatives her wish to see her attackers burn to death.

The four defendants' lawyers promised to appeal the ruling, citing the men's young ages and poor migrant backgrounds as causes for leniency in the sentence.

A fifth man suspected in the attack was found hanging in his jail cell in March 2013, months before the others were convicted.

Another alleged participant who was under 18 years of age at the time of the attack spent three years, the maximum punishment possible for minors, in a corrections home. His departure from the facility in December 2015 unleashed a public outcry and triggered a reform of the juvenile penal code.

A "tsunami of shock"

The brutality of the attack caused what the judges called a "tsunami of shock" in New Delhi and led to massive protests across India. Thousands of people marched in the streets, calling for the court to hand down the harshest sentence possible and demanding that the government address the issue of systematic sexual assaults against women. 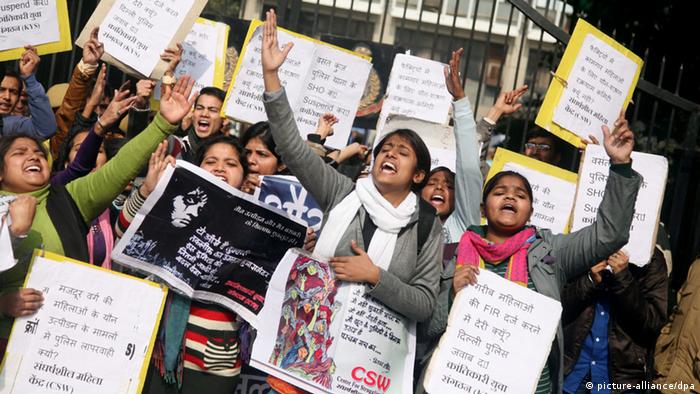 But the chief of the New Delhi Commission for Women Swati Maliwal highlighted how Indian courts continue to be plagued by delays.

"The fact is that the road to justice is very, very long in this country. Even in this case, it has taken five years," Mailwal said, referring to the fact that the fast-tracked trial still took several years. She added that people in India are not scared to commit crimes because of the delays in the justice system.

Three sentenced to death in India for 2013 gang rape, murder

Three men were sentenced to death, and three more received life sentences, in the rape and murder of a female student. The men were convicted earlier this week in eastern India. (30.01.2016)