Indian village bans women from using mobile phones | Asia | An in-depth look at news from across the continent | DW | 07.12.2012

A village council in India has banned all women from using mobile phones. Council members believe that the phones "debase the social atmosphere." Rights organizations have roundly condemned the decision.

Women's rights groups have reacted with amazement to the decision by the village in northeastern India to ban women from having mobile phones. "It's a completely stupid, ridiculous and unnecessary thing which reflects really on the fear that men have of women's independence and autonomy," says Urvashi Butalia, a prominent women's rights advocate and founder of the women's publishing company, Zubaan in New Delhi.

The village in question lies in India's northeastern state of Bihar - widely considered to be the country's most backward and poorest region. Imamuddin Ahmad, Managing Director of the Women's Development Corporation in Bihar, explains the situation in Kishanganj, the Muslim-dominated district where Sunderbari village is located, "Kishanganj is a Muslim-majority area. It lies on the border to Nepal and West Bengal. It is a very poor area." 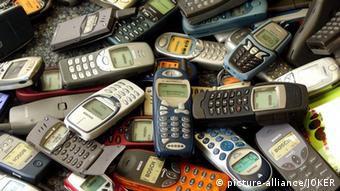 Ahmad believes that rampant illiteracy in the area is the reason behind the decision: "Of course the mentality of these people is very feudal and unless women are given more rights in making decisions, these kinds of events will continue to happen." Ahmad emphasizes that more than religion, it is the social and cultural background which causes people to suppress their women. Educated Muslims, says Ahmad, would not really worry about banning mobile phones for women.

Remarks made by Munawar Alam, who is in charge of enforcing the ban in Sunderbari village, tend to confirm this interpretation of events. He told Reuters news agency that more and more women have been leaving their families and eloping: "It always gives us a lot of embarrassment when someone asks who has eloped this time." Apparently the number of extra-marital affairs and elopements in the village is said to have increased sharply in the last few months, a trend that triggered the council decision.

A girl caught using a mobile phone on the street will in future be fined 180 dollars, Reuters reported based on information from the council. Married women found chatting on their mobiles will have to pay much less, around 37 dollars, presumably because they are considered less likely to be plotting to desert their families. In a country where millions of people earn less than one dollar a day, the fines are a draconian and a clear warning to women to either fall into line or risk paying a very high price indeed.

A society in transition

But does this particular decision mean that women in India in general are facing such a ban? Recently, a village council in the northern Indian state of Haryana also forbade its women from using mobile phones. Activist Urvashi Butalia however believes that these incidents should not be seen as an 'epidemic' spreading throughout India: "If one village bans mobile phones, it's a terrible thing that they're doing," but it doesn't mean, she says, that all the remaining 591 million women in India will also be banned from using them. 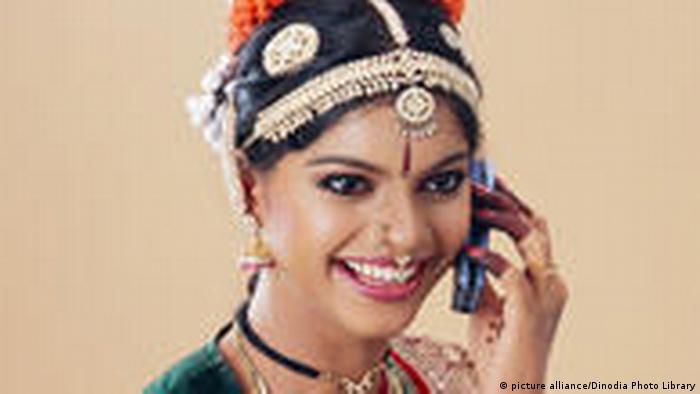 Women make up a large market for mobile phones in India

Mobile phones are not used by the rich only, says Butalia. Women who migrate to the cities for work are also increasingly dependent on this mode of communication to stay in touch with their families in rural areas. The real problem, as Butalia emphasizes, is not mobile phones. The decision by the village council, she argues, goes far deeper and "reflects a general fear of women getting out of the house, becoming independent as well as concerns about what will happen to their families and social relations."

Without doubt Indian society is changing with globalization. Experts say the growing migration of people including women from rural areas into the cities is shaking the very foundations of Indian society bringing about sweeping change to traditional social values and men in conservative, rural areas are having difficulty coping with this new reality.

An online campaign has been launched by concerned citizens to save British author George Orwell’s birth home in the eastern Indian state of Bihar, near the border with Nepal. (06.12.2012)

Urbanization has led to the emergence of new attitudes towards sex, according to experts. At a conference on sexuality, they discuss how the change is affecting the dynamics of relationships and society as a whole. (30.11.2012)

A ban on the entry of women to the sanctum sanctorum of Mumbai's iconic 15th century Sufi shrine Haji Ali mausoleum has caused an uproar in India. (09.11.2012)