Economic growth in India is forecast to beat out last year. The emerging economy is thus on track to regain the title of the world's fastest growing major economy, once again overtaking China. 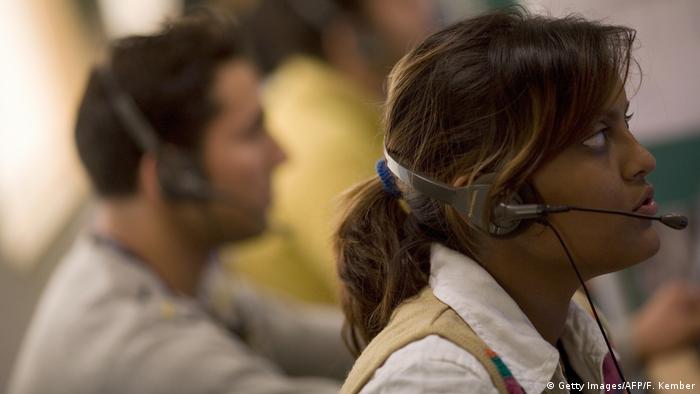 India published its latest economic survey on Monday which included a forecast of GDP growth between 7 and 7.5 percent for the financial year 2018-2019, up from the 2017-2018 growth forecast of 6.75 percent, a three-year low.

The survey, an annual document released by the Ministry of Finance, reviews the developments in the Indian economy over the previous 12 months and provides the basis for the federal budget, which is due to be introduced in parliament on Thursday, the last by the government of Prime Minister Narendra Modi before general elections next year.

Read more: A better deal for foreign investors in India

The International Monetary Fund (IMF) said recently that India could grow at 7.4 percent in 2018, against China's 6.8 percent, making it the fastest growing country among emerging economies. The IMF also projected a 7.8 percent growth rate for 2019.

India outpaced China from mid-2015 but lost the top spot in 2017, when GDP growth fell.

Reasons to be cheerful

India's recent slowing economic growth has been put down to several factors, including falling private investment and declining exports. Economists said the government's demonetization policy and rapid implementation of a common goods and services tax also contributed to the slowdown.

Chief economic adviser Arvind Subramanian said there were "robust and broad-based signs of revival," but warned of new obstacles such as rising oil prices, interest rates and inflation.

"It is both a story of revival and risks," he said. "Several indicators of activity – manufacturing growth, GVA [gross value added] growth, investments, exports, net private transfers, credit, they have all started to pick up."

"The level is still below potential. But in terms of direction, the economy seems to be picking up quite nicely, quite robustly," Subramanian said.

The challenges facing the government include the continued implementation of the common tax, reigniting private investments as well as addressing issues including job creation and agrarian distress. Besides these problems, the government has also added the recapitalization of banks to its policy agenda in the coming year.

When India and Pakistan became independent 70 years ago, they were at the same level of development, with both equally poor and wretched. But the economic gap between them is growing. (14.08.2017)