India telecom crisis: Vodafone struggles to survive | Asia | An in-depth look at news from across the continent | DW | 19.02.2020 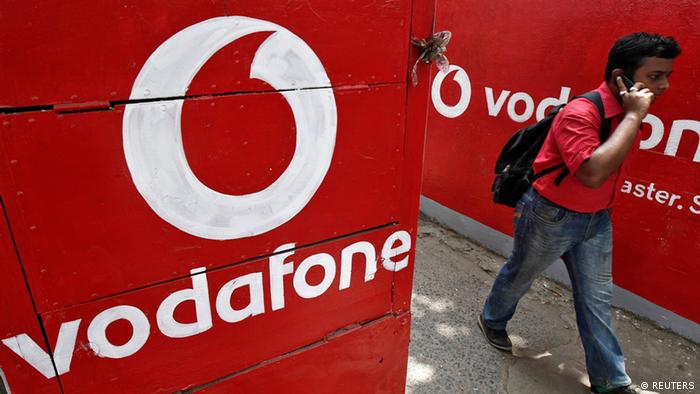 India's ailing mobile carriers received a fresh blow on Tuesday, when companies were forced to pay 146.97 billion rupees ($2.1 billion, €1.95 billion) to the Department of Telecommunications (DoT). The payment comes after the Supreme Court last week ordered top telecom companies to pay billions of dollars in unpaid spectrum and licensing fees by March 17 or face punishment.

The court also threatened the companies and officials with contempt proceedings for failing to implement an earlier ruling. The long-running row between the government and India's big telecom firms has centered on adjusted gross revenue (AGR) — or how license and other fees paid by the firms should be calculated.

Companies argue the fees should be based on income from only their core telecoms business, while the court ruled that they should be calculated on the amount earned from all business dealings, including handset sales and other income.

Last year, telecom companies were rattled when the Supreme Court ordered them to pay unpaid dues worth $13 billion related to their license fee. The next hearing in the case is scheduled for March 17. 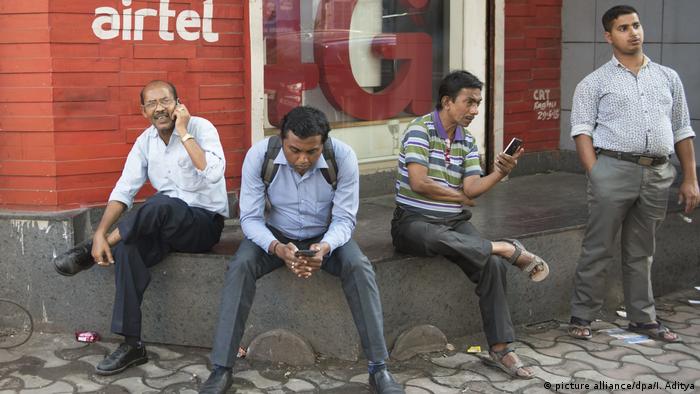 The biggest loser is ... Vodafone

The company that has been hit the hardest by the AGR payments is Vodafone Idea Ltd, which is jointly owned by the UK's Vodafone Group and the Aditya Birla Group, an Indian conglomerate.

Vodafone Idea owes the government $7 billion in AGR dues. The company, which was reeling under a net debt of $168 billion as of March 2019, has threatened to close its India operations if it doesn't get more time to pay up.

If the Indian government chooses to take action against Vodafone, it will affect not just the company and the telecom industry, but also the country's banking sector, experts say.

India's banks have already been struggling with a spate of bad loans and nonperforming assets, estimated to be worth nearly $140 billion. They will face another huge hit if Vodafone Idea is forced into bankruptcy.

Banks in India are owed roughly $4.2 billion by Vodafone Idea, according to a Macquarie report from last year.

"If Vodafone Idea files for bankruptcy, the Indian telecom industry will become a duopoly. Even if we assume that Vodafone Idea survives, in the current scenario, it is difficult for them to maintain their subscriber base," a Mumbai-based analyst of a brokerage firm, who wanted to remain anonymous, told DW.

Abiding by the law of the land

Vodafone Idea employs over 10,000 people in India and owes billions of dollars to the nation's banks. Its exit will be a blow for the Indian economy and for Prime Minister Narendra Modi, who promised to create more jobs during his general election campaign last year.

"The Supreme Court has adjudicated upon the dispute before it and has given a meaning to what adjusted gross revenue means. The decision of the honorable court is final and binding on all parties. It is the law of the land," Arijit Prasad, a senior lawyer in the Supreme Court, told DW.

He added: "I am sure that the telecom companies must have provided for this liability in their books as any prudent business would have. Anybody who conducts business in the country is expected to abide by the laws."

A duopoly in the telecom industry?

Jio is a relatively new entrant to the telecom sector; it was launched in 2016. Nevertheless, it has upended the market with its cut-price offerings and now emerged as one of the top operators in terms of subscribers and revenue.

Jio's aggressive pricing tactics have forced its competitors to slash their prices, resulting in a dent in their profit margins and a consolidation in the sector.

If Vodafone Idea decides to shut shop, it could lead to the Indian market becoming a duopoly, which would limit choice for the country's 900 million subscribers. It could also lead to a rise in tariff rates and affect the government's 5G spectrum allocation.

The debate around AGR

The AGR has been a long-standing issue between telecom companies and the Indian government. It can be dated back to 1994, when the government stipulated the payment of an annual fixed license fee in exchange for telecom licenses issued to the companies.

In 1999, following requests from several companies to lower the steep license fee, the government gave telecom companies an option to move to a revenue fee-sharing model.

Companies which opted for this model had to shell out 15% of their gross revenue as a provisional license fee. This percentage has been reduced over the years — in 2013, it was cut to 8%. The government defined gross revenue as total revenue of a company, excluding public service telephone network charges paid to the government or a state-owned telecom company and service tax collected by a company from its subscribers.

In 2003, the Association of Basic Telecom Operators, along with some telecom companies, contested the interpretation of adjusted gross revenue, stating that license fee should be paid on income which the company had "actually obtained." The companies argued that income from interest and dividends, or "non-operational income," should not fall under the AGR.

The contestation over the definition of the AGR continued till 2015, when the Telecom Disputes Settlement and Appellate Tribunal (TDSAT) ruled in favor of telecom companies. However, in 2019, the Supreme Court upheld the government definition of the AGR, leading companies to accrue unpaid costs worth billions of dollars.