India's army chief is visiting Nepal amid strained relations between New Delhi and Kathmandu after both sides caught up in a border dispute over controversial land in the Himalayan region. 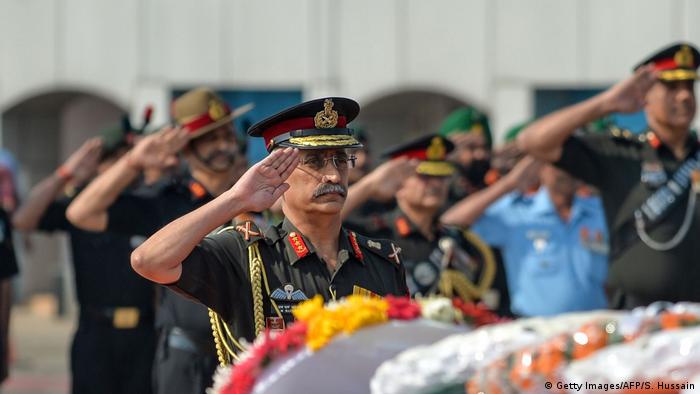 Indian army chief General Manoj Mukund Naravane is in Nepal for a three-day visit beginning November 4 where he will be conferred the honorary rank of general of the Nepali army in an investiture ceremony.

Since 1950, Nepal and India have been decorating the chiefs of each other's armies with the highest army rank. Nepal's President Bidhya Devi Bhandari will confer the honorary rank upon General Naravane.

The spokesperson of the Nepali army, Brigadier Santosh Ballav Poudel, told DW that the trip was supposed to take place in February this year, but it was postponed due to the COVID-19 pandemic.

The visit assumes significance as it comes against the backdrop of tensions over bilateral territorial disagreements concerning a piece of land in the Himalayan region.

Nepali prime minister's foreign policy adviser, Rajan Bhattarai, told DW that the two neighbors are ready to engage in dialogue despite differences over border issues. "We will exploit this opportunity to end the diplomatic impasse and resume dialogue on our differences," he said.

The latest border spat between the two countries began in November 2019, when New Delhi unveiled a new map of India showing disputed sites — Lipulekh, Limpiyadhura and Kalapani — as part of its territory.

Nepal, which was never under colonial rule, has long claimed these areas in accordance with the 1816 Sugauli treaty with the British Raj following the Anglo-Nepalese (Gurkha) War.

The treaty recognized the Kali River as Nepal's western boundary with India and the land lying east of the river is Nepalese territory. People living in Kalapani, Lipu Lekh and Limpiyadhura had cast votes during Nepal's 1959 general election and been paying taxes before the conflict erupted.

India then fought a war with China in 1962, and these areas have remained in control of Indian troops since. 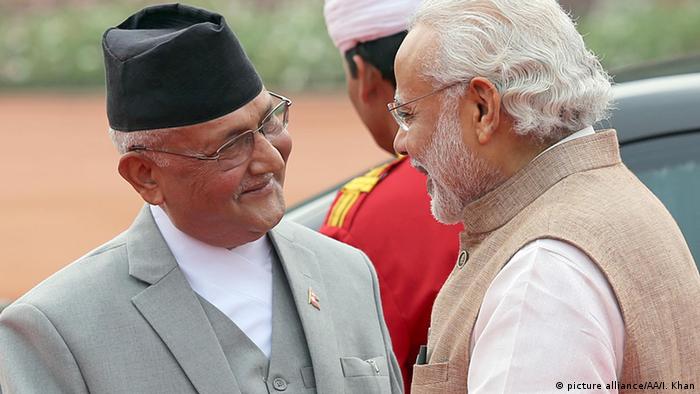 Kathmandu condemned New Delhi's move to include them in its new political map and sought an immediate reversal, but the Indian government ignored Nepal's repeated calls for talks to resolve the dispute.

The spat escalated further after New Delhi announced on May 8 the inauguration of an 80-kilometer-long (50-mile) road that passes through Lipu Lekh, a disputed area that lies at a strategic three-way junction with Tibet and China.

The unilaterally built motorway links India's Uttarakhand State to Tibet's Kailash Mansarovar via the Lipu Lekh Pass, a territory historically claimed by Nepal and considered one of the shortest and most practicable trade routes between India and China.

The small Himalayan nation challenged India's inauguration of the road, viewing the move as another example of bullying by its much larger neighbor.

A rare show of unity

The Indian government and media, however, tried to portray Oli and his government as puppets of China — even though Kathmandu still has an unresolved border dispute with China over Lipulekh Pass.

Indian Army Chief Narvane also spoke on the matter, claiming that Nepal's objection to the road construction could have been done at the "behest of someone else" — widely regarded as an indirect reference to China.

Such blunt remarks from India's sitting army chief — who also holds the honorary general rank of the Nepali Army — irked Nepal, bringing a rare show of unity among the country's bickering political parties.

In response to India's move, Nepal came up with its own new political map including the 335 square kilometers of disputed area within its borders.

Nepal's Parliament also amended the country's constitution to legalize the new map and printed it in school and university textbooks and official documents.

Kathmandu's moves surprised New Delhi, which issued a statement rejecting Nepal's new map and saying it was a "unilateral act."

Nepal says it is always open to resolve the border issues through dialogue — despite the constitutional change to legalize the new map.

But in recent years, calls have been growing louder in Nepal for Kathmandu to annul its bilateral peace and friendship treaty with New Delhi and stop the recruitment of Nepali soldiers in the Indian army.

Over the past few years, Nepal and China have signed several multibillion-dollar infrastructure projects, including a framework agreement to build roadways, railways and power transmission lines across the Himalayas.

"Whether in terms of tourism, investment or trade, smaller South Asian countries are no longer shy to invite the Chinese. The Nepalese Communist Party even has party-to-party ties with the Communist Party of China," Pandey told DW.

"Last few months have seen massive military buildup at the Sino-Indian border. South Asian countries do not want a situation in which they are forced to take sides between China and India as all of them want to hedge on their rivalry and reap maximum benefit."

No details about the talking points between the Indian army chief and Nepali officials have been made public. Bhattarai, the Nepali prime minister's adviser, said that this visit creates a conducive environment for high-level diplomatic and political engagement in the coming months.

"Nepal and India have multi-dimensional relations and we can't afford not to engage on other issues when we have differences on border issues," he noted. "The good thing is that neither side is against the idea of dialogue to resolve the outstanding issues."