India is bracing for its second cyclone in a week as officials in two eastern states ordered mass evacuations. The country's hospitals are already under strain from a spike in COVID-19 cases. 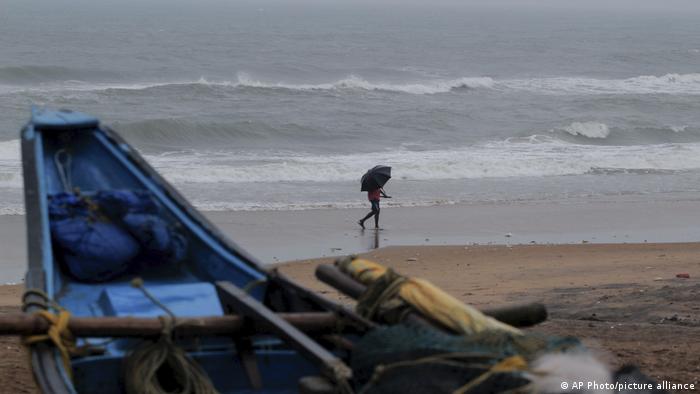 India was preparing to be hit by its second cyclone in a week on Monday as officials in two states ordered mass evacuations.

Authorities in West Bengal and Odisha told nearly half a million people to leave their homes as Cyclone Yaas headed toward the east of the country.

"Our target is to ensure that not a single life is lost," said Bankim Hazra, a minister in West Bengal state.

The India Meteorological Department said the cyclone had formed in the Bay of Bengal, and warned that Yaas would sweep across both states later on Wednesday. It is expected to hit the eastern coast around noon on Tuesday. 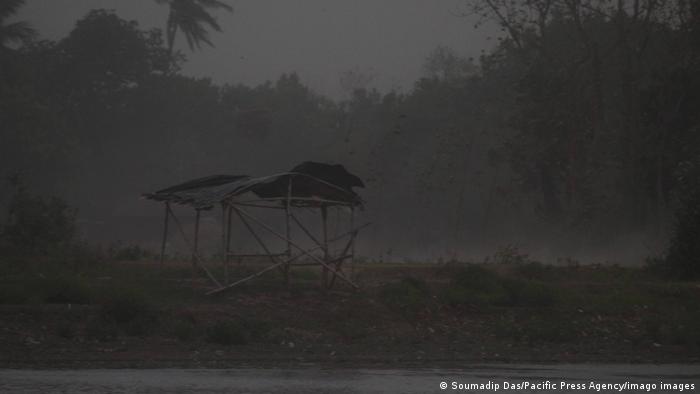 Yaas could pack gusts of up to 185 kilometers (115 miles) per hour as a "very severe cyclonic storm" at the time of landfall, the department said.

Storm surges of up to 4 meters (13 feet) high were "likely to inundate low-lying coastal areas," it added.

West Bengal Disaster Management Minister Javed Ahmed Khan told the Agence France-Presse news agency that both states were trying to evacuate "nearly half a million people" and that schools and local government offices had been "turned into cyclone centers to provide shelter."

The Indian air force and navy have kept helicopters and vessels prepared in order to carry out relief work. Fishing boats and trawlers around the Bay of Bengal and the deep sea have been brought ashore. Control rooms have been set up, and advisories are being sent out several times a day.

Passenger trains have been suspended in areas most likely to be affected.

The extreme weather represents another potential blow to India's health care system, which has already been ravaged by an overwhelming number of COVID-19 cases.

Hospitals had been provided with power backup, along with buffer stocks of oxygen and medicines, said Rajendra Singh, a member of the National Disaster Management Authority.

Prime Minister Narendra Modi said Sunday that the military and disaster teams have been deployed to help with the preparations and potential rescue operations.

Neighboring Bangladesh has also been put on alert, although there were no indications on Monday that the cyclone would hit the country.

Nearly 70 of those killed were on board a barge that ripped free of its anchors in the storm and sank off Mumbai's coast.

Scientists say cyclones in India are becoming more frequent and changing climate patterns have caused them to become more intense.

Last May, nearly 100 people died in Cyclone Amphan, the most powerful storm to hit eastern India in more than a decade.

It flattened villages, destroyed farms and left millions without power in eastern India and Bangladesh.

The tropical cyclone has begun to move north after lashing Shanghai and China's central coast. Climate change has increased the strength and frequency of such storms.