India lifts flight ban on sandal-whacking politician Ravindra Gaikwad | Asia| An in-depth look at news from across the continent | DW | 07.04.2017

Gaikwad bragged to television cameras that he beat a 60-year-old Air India employee for refusing to upgrade his seat. The airline said the flight only had economy class seats. 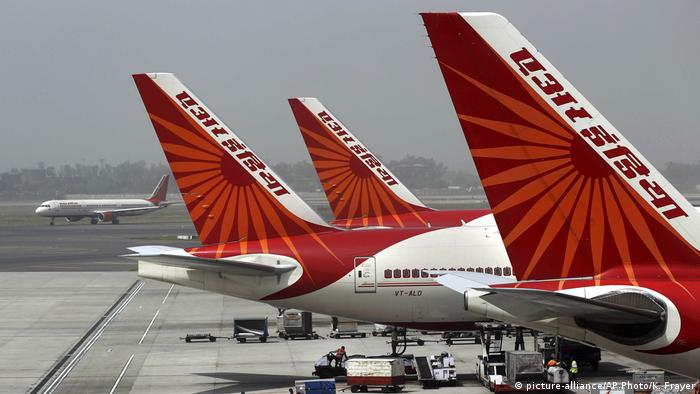 Trump is being hailed as a "hero" for taking a tough line against Islamists and Muslim immigrants in the US.

The court has ruled the national anthem must be played in cinemas and everyone must stand. It said the decision would instill patriotism and nationalism. (30.11.2016)

The flight ban for an Indian politician who beat an airline employee was revoked on Friday.

Multiple Indian airlines had banned lawmaker Ravindra Gaikwad after he repeatedly beat an Air India employee with a sandal. Gaikwad was enraged after he was refused a business class seat on what the airline said was a flight with economy class seats only.

He later bragged to television reporters that he hit the 60-year-old staffer "25 times with my sandal" for showing arrogance.

The legislator was forced to travel by train after Air India and all private Indian airlines refused to fly Gaikwad and canceled his tickets.

But the ban was overturned after Gaikwad wrote to civil aviation minister Ashok Gajapathi Raju to express regret.

"The minister has directed us to lift the ban in view of the apology ... The ban has therefore been lifted with immediate effect," Air India spokesman GP Rao said.

Gaikwad is a lawmaker from the ultranationalist right-wing Shiv Sena Party, one of several parties that support Prime Minister Narendra Modi's government. He initially refused to take responsibility for the ban, even comparing his predicament to Mahatma Gandhi's famous ejection from a first-class train carriage in British-ruled South Africa.

The Air India Cabin Crew Association said on Friday morning that it would be a "shame" if he were allowed to resume flying "without a rap on the knuckles," "Times of India" reported. "We Do NOT wish to be flying such a person....It would also crush the morale of all employees," the association said in a letter to Air India's chairman, the paper reported.

"We as cabin crew must only point out that Ravindra Gaikwad is and will continue to be a risk to flight safety, flight operations and to cabin crew safety on board, and hence Government must think long and hard about letting him back on. In fact, unless he tenders an unconditional apology to AI employees... we must not let him on board," the union wrote.

Hindu nationalist party Shiv Sena is known for its extremist views and has been accused of promoting ethnic and religious intolerance.

Gaikwad was one of 11 Shiv Sena members who were accused of forcing a Muslim railway catering supervisor who was fasting for Ramadan to eat a chapatti. They were incensed by the lack of Maharashtrian cuisine offered on their train.