India has become the number one destination for Afghan students | Asia| An in-depth look at news from across the continent | DW | 27.01.2011

India has become the number one destination for Afghan students

Each year, thousands of Afghan students come to India to pursue higher studies. Most of them are enrolled in Bachelor’s, Master’s and diploma programs in Delhi, Bangalore and Pune. 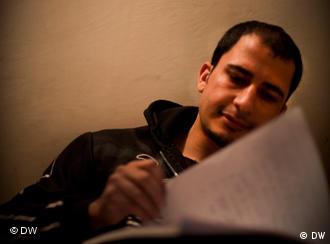 Nazari and Sayed live on the top floor of a five-storey building, with hundreds of Delhi University students. But their room stands apart. As you walk up the stairs you can hear Afghan music, smell the aroma of Afghani chicken and pulao. And unlike the other apartments in the building, their rooms are carpeted from wall to wall.

Muhavallah Nazari, who is studying Bachelors of Business Administration, explains why he has come here. "Indian education has a huge reputation in Afghanistan. Besides that it is cheaper than other countries and closer to Afghanistan. And the main Indian language, Hindi, is much easier to understand than other languages. Many Afghans know Urdu and the two are very similar." 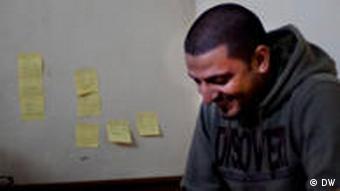 Familiar with language and culture

The students are also familiar with the language and culture because Hindi films and TV series are very popular in Afghanistan. According to Mohammad Arif Jamshidi, a student of political science at Delhi University, a lot of students are also attracted to India because the medium of instruction is English. "Because foreign organizations and NGOs have come to Afghanistan and are paying good salaries for Afghan students who know English, computer and who graduated from some course."

But Indian food is a hurdle for the Afghans, says Mohammad Safa Sarwary, another student of political science. "In the beginning it was very difficult for me since it is very spicy here. So when I came here first, I just had bananas for two days." He adds that there were problems whenever he lived with Indians. "Some of them eat vegetarian and some of them also don’t eat on Tuesdays and Thursdays. There are lots of problems, so we prefer living with other Afghans."

Food, such as Afghan "naan" bread, is also the reason why Safa visits New Delhi's Lajpat Nagar market every week, which the students like to call the Afghan market. "Most of the Afghan people who have come to India call Lajpat Nagar 'Afghan Nagar' because most of the Afghans, whether they come for medical treatment or studies or sightseeing - they directly come to Lajpat Nagar," he explains.

Mohammad Safa Sarwary says he cannot find naan in other places in Delhi. "Before there was one Afghan bakery here, now there are three bakeries and two restaurants." 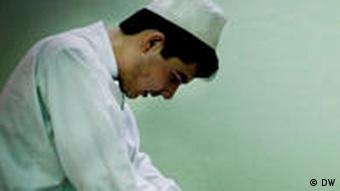 Sayedhamed Sayedzada, 21, is studying for his Bachelor's of Business Administration

A few years ago, most Afghan students went to Iran and Pakistan to get a higher education. But it has become increasingly difficult for Afghans to get visas for Iran. And according to Ahmad Reshad Arifi, a law student at Pune University, Pakistan is no longer popular.

"The situation in Pakistan was good but right now the Afghan government also doesn’t want any students to go to Pakistan for education. Because many who go there don’t learn any good things, they will be terrorists. With a certificate from Pakistan, they cannot find a job anywhere in Afghanistan."

A stepping-stone to Europe or North America

The Indian Council for Cultural Relations offers 700 full scholarships to Afghan students. For some of these students, India is a stepping-stone, a chance to study in English so they can go to Europe, the US or Canada for further studies and jobs.

But like Ahmad Reshad Arifi, most Afghan students eventually want to return home once they have finished their studies. "If it is possible I want to do my LLM in another country," he says. "And when my course is complete, I want to go back to Afghanistan - because right now, there are lots of foreigners, private banks and government offices in Afghanistan, where we can get good jobs and salaries. If the political situation gets better, I will go back to Afghanistan, because my whole family is there. I should work for the people and improve our country."

Afghan Sikhs find it hard to find a job in India

India is home to about 9,000 Afghan refugees, most of them Afghan Hindus and Sikhs who have shown interest in applying for Indian citizenship. But because the process is tedious, many find it hard to land gainful jobs. (27.07.2010)

TAPI: still in the pipeline

Despite security concerns, an agreement about the Turkmenistan-Afghanistan-Pakistan-India (TAPI) gas pipeline project was signed in Turkmenistan's capital Ashgabat last weekend. But the project faces several obstacles. (14.12.2010)

Afghan President Hamid Karzai has inaugurated a new parliament in Kabul. He swore in the lower house's 249 members and asked them to set aside their differences for the sake of the country. (26.01.2011)