Afghan parliament opens despite constitutional crisis | Asia | An in-depth look at news from across the continent | DW | 26.01.2011

Afghan President Hamid Karzai has inaugurated a new parliament in Kabul. He swore in the lower house's 249 members and asked them to set aside their differences for the sake of the country. 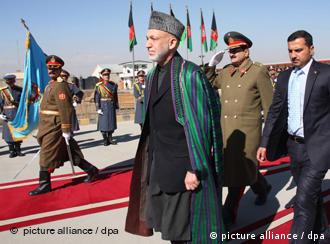 President Karzai is at risk of losing some of his power. Not least because the Pashtuns, to whom he belongs, no longer have an absolute majority in parliament.

This is perhaps one reason why the president suddenly set up a special tribunal to allegedly investigate claims of election fraud.

His critics presume this is a ploy to get more Pashtuns into parliament and regain an upper hand. Yunus Qanuni, the president of the last national assembly, thinks Karzai is playing with fire.

"The special tribunal has to come under the law, but the president says: 'No, every decision I make is above the law,'" he deplored.

Just a few days ago, Karzai had threatened to postpone the opening of parliament by another month. He took back his threat after pressure from Western governments and the UN, which had called for the respect of the separation of powers, as it stands in the Afghan constitution.

With the result that Karzai can now keep his special tribunal and the parliament can get to work. 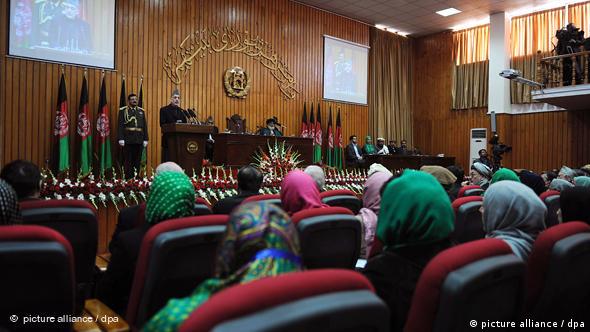 However, Assadullah Saahdati, who is a member of the new parliament, said this was a hollow compromise: "The special tribunal could mean the death of parliament. Quite simply because Karzai is threatening to dispute the mandate of every elected MP. Nobody is sure. And therefore the work cannot begin. In reality, it's a deathblow."

Nurzia Atmar, a Pashtun MP from the eastern province of Nangarhar, was of a different opinion: "I welcome the special tribunal. The parliament will have to take the results into account. If there are really MPs who should not be in parliament then they will have to be removed," she said.

It is certain that the complaints of electoral fraud have not all been dealt with in a transparent way. The official Electoral Complaints Commission was too inexperienced and did not have enough resources.

However, it was able to emancipate itself surprisingly fast from Karzai's hold and many see this as a sign that Afghanistan's young democracy is maturing.

This time, the West has turned a blind eye in one regard. There is no constitutional basis for the special tribunal. But diplomats have been saying that Afghanistan's institutions have to be functioning properly – whatever the cost – by 2014 when the transfer of responsibility is due to take place. 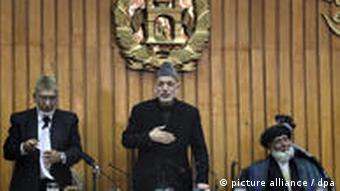 Karzai's critics say he considers himself above the law

Karzai’s critics hope that the new parliament will become stronger because it has fewer government supporters.

However, Shahgul Rezai who won a surprising victory in the province of Ghazni, thought it was too early to tell because "in Afghanistan, political decisions are made on the basis of personal preferences, contacts or wheeling and dealing. We can’t yet say whether the house will work with or against Karzai. Maybe it will move against him."

Some 60 percent of the MPs are former mujahedin or are thought to support them, as journalist Shah Hussein Murtazawi pointed out.

"There have been significant changes," he said. "This time certain renowned ex-communists are not in parliament however there are far more former mujahedin leaders. But there are also lots of younger people who never fought in the jihad against the Soviet Union."

The compromise about the opening of parliament shows how fragile the constitutional system in Afghanistan still is.

Germany fights to access citizen arrested by US troops in Afghanistan

A report by a German newspaper says a 23-year-old German citizen of Afghan descent was arrested by US troops in Kabul on apparent suspicion of terrorism. German diplomats say they are working to access the young man. (26.01.2011)

Markedly improved security situation in Kunduz, say those on the ground

As the debate rages on in Germany about whether the army should be in Afghanistan at all, it seems that some of the efforts of the international and Afghan troops are bearing fruit – especially in Kunduz. (21.01.2011)

Under the Taliban, women were not allowed to study or work. But in 2005 an affirmative action law was passed guaranteeing that over one fourth of seats in parliament and over 30 provincial councils be reserved for women. (31.12.2010)