New Delhi and Islamabad have engaged in a mutual expulsion of diplomats over allegations of spying. The incidents suggest growing tensions amid several instances of shots fired across the border by the neighbors. 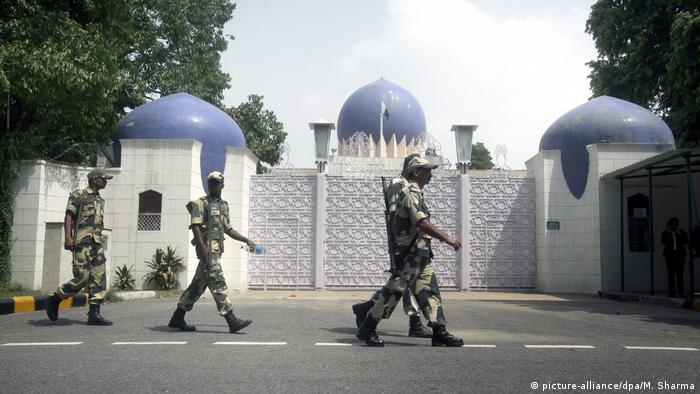 Police in the Indian capital of New Delhi said on Thursday that they detained Pakistani diplomat, Mahmood Akhtar, outside the Delhi zoo, where he had met two Indian associates. Officials alleged Akhtar had recruited the men to spy for him. The Pakistani diplomat and his accomplices were found with forged documents, maps, deployment charts and lists of officers working at India's border with Pakistan.

"There was high probability that the information passed on by these anti-national elements to PIO (Pakistan Intelligence Operative) is being used against the national interests and could be highly detrimental to national security," Reuters news agency quoted Indian police as saying.

The foreign ministry said the man must leave India by Saturday. 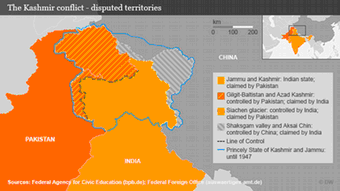 Pakistan's High Commission in New Delhi (pictured above) rejected the accusations, saying it "never engages in any activity that is incompatible with its diplomatic status." On Thursday, Islamabad announced it was declaring Indian diplomat Surjeet Singh persona non grata and had ordered him to leave the country within the next 48 hours. Singh was accused of activities "in violation of the Vienna Convention and the established diplomatic norms," a statement by Pakistan's foreign ministry said.

The Pakistani High Commission in New Delhi tweeted this message.

Tensions between the two neighbours have heightened since a group of militants - allegedly trained in Pakistan - attacked an army camp in Kashmir in September.  Soon afterwards, India said it sent special forces to conduct "surgical strikes" to kill militants within Pakistani territory. Pakistan has denied its frontiers were breached by Indian forces and has accused New Delhi of trying to shift attention from human rights violations in Kashmir.

Both India and Pakistan stake their claims on Kashmir, a former kingdom that acceded to New Delhi in 1947, following independence from British colonial rule and the partition of the subcontinent.