Independent Scotland footloose but not EU-free | Europe | News and current affairs from around the continent | DW | 10.09.2014

Independent Scotland footloose but not EU-free

If Scotland breaks away from the United Kingdom, it will remain part of the European Union. That's what Alyn Smith, a Scottish member of the European Parliament, contends. But will those plans work? 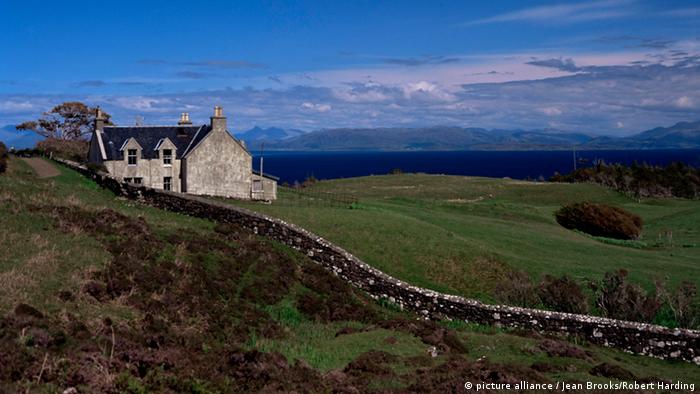 DW: You have been a member of the European Parliament (MEP) for the past 10 years with the Scottish National Party, which belongs to the Greens. Am I correct in assuming you intend to give up your position, given your advocation for Scotland's exit from the United Kingdom - and the European Union?

Alyn Smith: No, absolutely not. Scotland is a pro-European, social democratic country. We are part of a member state that is moving faster and faster away from the EU mainstream. We have a UK government that is undermining human rights, undermining international law, misrepresenting the EU, and I think that is against Scotland's interests. I also think it's against the UK's interests.

In Scotland I think we have a different choice. We have had our national parliament back since 1999. We have a claim of right in that we are one of Europe's oldest nations. Scotland has been independent for much longer of our history than we have been part of the UK. The UK is a thing whose time has past. The people of Scotland on September 18 will be making a decision that will energize the population about where shout decisions be made in our multilateral interconnected world.

So you want to leave the UK but stay in the EU. Brussels, however, says it's not that easy. The Commission argues that if you leave the UK, you leave the EU. This could be a complicated matter.

Well, it is rather complicated, of course - anything in the EU is. It is a pragmatic organization that is built on democracy, human rights and mutual self-interest. Now, nobody in law has actually said that we would leave the European Union; within the treaties, within all the secondary legislation, it is unprecedented, yes, absolutely. But we are a net contributor member state. We have 80 percent of the UK's oil and gas. We have 20 percent of the EU's renewable energy potential, because it's windy here and it rains a lot. The EU will not want to lose us. 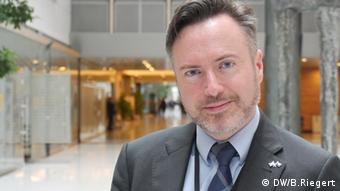 And we do not want to leave the EU: In exactly the same way that the German Wiedervereinigung ["reunification," eds. note] was unprecedented and impossible, with political will a way can be made for this to work. And both the UK and Scottish governments have committed themselves to respect and implement the outcome of the vote. We have calculated that within roundabout 18 months we will be able to have all the things discussed that need to be discussed. And there is no doubt in my mind that it is in the absolute best interests of Scotland, the UK, and the EU and the member states that we move from being a region of a member state to a member state in our own right.

We are very clear that we create no precedent: Scotland is unique, spanning three generations of international law. We are a European country, and we want to remain one.

Are you concerned that countries such as Spain could attempt to block you? Scottish independence could serve as a precedent for other regions in Europe yearning to secede - for instance Catalonia. There could theoretically be a blockade?

A meteorite might also hit Scotland in the next five minutes. And I think we need to look at what is reasonable and likely to happen. I do not think that any member state has an interest in blocking Scotland's membership in the EU. Nobody in Spain has said that they will block Scottish accession. The Spanish foreign minister [José García-Margallo y Marfil] - our former MEP colleague - has said that the matter of the London, UK government will be determining Spain's attitude, and the UK has already agreed with the Scottish government that this will be implemented and respected.

So, the UK and Scotland will go to the EU and the other member states with an agreed settlement, with an agreed outcome, that does not create a precedent. There are things to discuss, of course, and in a negotiation, I would never rule out any possibility. But I think any rational human being can discern what is reasonably possible and what is not.

What do your fellow MEPs say about your plans? Do they understand your desire for independence?

I think they understand pretty quickly once it's explained what's actually happening. I have regularly said - with my Green colleagues - that nationalism in Scotland is a different thing to nationalism in other countries. In Scotland, our definition of Scottish is: Do you live in Scotland? If you do, you're in. And we are a pro-European nation that is part of an increasingly anti-European state. The UK government is going in a direction that the people of Scotland simply do no want to go. We are a good news story about faith in democracy and faith in the EU - and other colleagues very quickly understand that.

International law and international politics is realpolitik, and nobody is going to get into the internal affairs of Scotland or the UK - the people will respect our international rights once we have democratically decided to get them back.

What about any future partnership with NATO? Do you want to remain in the military alliance?

We are strategically very important. We have a long coastline to defend with lots of oil and gas and energy assets, fisheries and other resources. So we will seek to remain part of NATO. In much the same way as the EU - there is a process to go through that is very much in the interests of the NATO member states that we remain within the alliance framework. We have already published in a White Paper - on independence - what our plans would be for the Scottish defense forces, how they would fit with the NATO apparatus. So, we believe that NATO is very much part of Scotland's future and its defense arrangements.

But, equally, we will have a written constitution that will have - in primary law - limits on when we commit our troops, what they are able to go and do. Currently, the UK has a prerogative power that is more akin to a game of thrones than a modern democracy.

Will there be a problem with the UK's nuclear arsenal? Will it remain in Scotland?

Right now we have a deeply undemocratic situation in which all 100 percent of the UK's nuclear arsenal is based in Scotland. They are on submarines - they can be moved easily enough, so the UK can keep its nuclear arsenal somewhere else. We will be a nuclear-free member state of the NATO alliance, and I think that's actually a force for progress within the world. 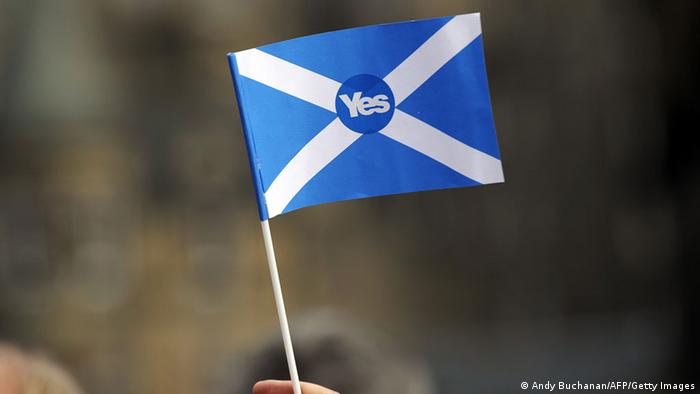 Current polls says the September 18 referendum will be close

If Scotland leaves the UK, will there be a border with England? Or will Scotland join the Schengen Area - Europe's visa-free zone?

We only have one land border with anybody, that's England. So the common-travel area, for us, comes before Schengen. The UK is not part of Schengen at the moment. And we do not anticipate joining Schengen, from an EU perspective. The EU doesn't lose anything if we do not join Schengen, so we think that the most common-sense solution all round is that we do not accede to Schengen. But we will certainly maintain a common-travel area with the UK - there's no doubt in my mind about that.

So the Queen wouldn't need a passport?

Well, she'll be eligible for a Scottish passport if she wants one - but that would be a decision for her.

But she will remain the Scottish head of state?

Indeed, the union of the crowns is different to the union of the parliaments: They happened centuries apart. And in the same way that the Queen is the queen of Canada, New Zealand, Australia, she'll be the queen of Scotland. We already have our crown jewels in Edinburgh Castle - and they are different to the English crown jewels. So all of that continues and will remain pretty much the same as it stands.

On citizenship, any resident or independent in Scotland on the day of Independence will be eligible for Scottish citizenship. But like most countries, we will maintain dual nationality for anyone who wants. So this will be a straightforward matter.

Alyn Smith (41) is a member of the Scottish National Party, which campaigns for Scotland's independence. He has been an MEP since 2004, and the Scottish National Party currently holds two of the six seats in the European Parliament. The Labour Party, which is against Scottish independence, currently holds two seats. Both the Conservatives and the rightwing-populist UKIP (United Kingdom Independence Party) currently hold one seat. Each of these MEPs are also against Scotland's exit from the United Kingdom.

The currency options for an independent Scotland

On September 18, voters in Scotland will decide whether the country becomes independent or remains in the UK. What they cannot decide on is what currency an independent Scotland would use. DW analyzes the options. (08.09.2014)

Scotland: Yes or No?

The United Kingdom might soon be history. Latest surveys indicate growing approval for Scottish independence. Many people in Britain view that with concern. (09.09.2014)

Supporters of Scottish independence have taken their first opinion poll lead since the referendum campaign began. There are fewer than two weeks to go before the September 18 vote. (07.09.2014)