Currency options for an independent Scotland | Business| Economy and finance news from a German perspective | DW | 08.09.2014

Currency options for an independent Scotland

On September 18, voters in Scotland will decide whether the country becomes independent or remains in the UK. What they cannot decide on is what currency an independent Scotland would use. DW analyzes the options. 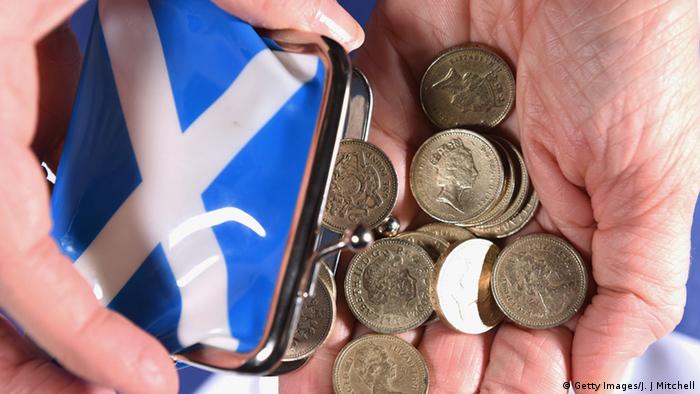 Uncertainty is to investors what daylight is to a vampire. It drains them of energy and triggers an automatic flight response. So, the idea of investing in a possibly to become independent Scotland that may not know for quite some time what currency - and in what form - it will use, has not inspired confidence.

Nor has the heated debate about the currency issue among the 'Yes' camp around Scotland's First Minister Alex Salmond and the anti-independence campaign "Better Together," led by Alistair Darling, also a Scot.

"Most of the arguments are vague. There's been no negotiation and the quality of information on which the Scottish voters are deciding is decidedly mixed," Ewen Cameron Watt from BlackRock's Investment Institute told DW. BlackRock is the world's largest asset manager.

Initially, investors were almost nonchalant about an independent Scotland, as it seemed unlikely to come about. Until a YouGov poll on September 2 - after the last TV debate - showed a substantial jump for the 'Yes' camp to 47 percent.

The next YouGov poll on September 7 even tipped the balance towards those in favor of independence, sending sterling and UK shares sharply lower on Monday.

"A 'Yes' vote would clearly be reflected in weaker currency values although the Bank of England has stated it will ensure that financial stability is not affected by any vote," Watt told DW.

Analysts at Morgan Stanley had even suggested the pound could decline by between 7 and 10 percent, should Scotland become independent. While a weak currency may be good for exports, it can also scare off investors. The UK had the second-largest inflows of foreign direct investment (FDI) of any European country in 2013, according to OECD statistics.

Talks could drag on

What many businesses and investors fear most though in the event of a 'Yes' vote are prolonged negotiations between Westminster and Holyrood on economic and financial issues - whether Scotland should or could continue to use the pound and how to divvy up sovereign debt.

In case of a 'Yes' vote, Salmond has said he hopes to wrap up talks not long after the UK's general election next May. But many are skeptical.

"I find it hard to believe that a 307-year-old union can be effectively and completely separated in 18 months with a general election sitting in the middle of it," according to Watt.

The 'Yes' campaign favors a currency union with the rest of the UK - also called rUK - which both the 'No' campaign and the British parliament have rejected.

"The Scottish government take the view that it's not that difficult an issue to resolve, because they say that it's in the interests of business operating in the UK as a whole…But having taken such a strong political stance I think that might be an optimistic view," BlackRock's Watt believes.

One major issue is the UK's debt and how it would be shared. "Because it's not possible technically to transfer that [share of the] debt to Scotland, the UK would ultimately remain liable for the debt and would expect Scotland to repay its share over the next 10, 20 years," Monique Ebell, research fellow at the UK's National Institute of Economic and Social Research (NIESR), told DW.

Alex Salmond and the 'Yes' campaign have repeatedly pointed out that a currency union would keep transaction costs for businesses down, as rUK is its biggest trading partner.

"Yes, there are benefits from being in a currency union, but our opinion is that those benefits are outweighed by the risks of the currency union breaking down in a disorderly way," Ebell believes.

From an investors' point of view, too, "sterling union would be the least happy outcome... as it would introduce many of the drawbacks of the euro -a common currency without common sovereignty - into sterling," Watt told DW.

Despite the 'No' campaign's insistence that an independent Scotland would not be allowed to use the pound, it could very well use it informally, and there is not a lot Westminster could do to prevent what is called sterlingization. But it would leave Scotland without the ability to print its own money and provide liquidity to its banks in times of crisis. Given that Scotland's second-biggest industry after oil and gas is financial services, it needs to think carefully here.

Panama, for example, uses the US dollar in what's called a dollarized economy, and Hong Kong has a hard peg to the dollar, which is very similar. Unlike Scotland, however, HK has large foreign currency reserves to cushion a possible blow of its banks falling on hard times.

But BlackRock's Watt sees sterlingization as the "most likely interim arrangement" and therefore "probably the best outcome."

Salmond is keen for Scotland to join the EU, but he is decidedly less keen on adopting the euro.

"You cannot be forced compulsorily to be in the euro," Salmond said in Belgium at the end of August. "It's a voluntary thing. Because England is our biggest market, we should stick with sterling."

But Brussels stipulates that all EU member states are required to sign up to joining the common currency at some future date. Candidate countries normally peg their currency to the euro for a period of time before formally introducing the single currency.

The EU also requires sound fiscal management from candidate countries, who have to keep total debt at or below 60 percent of GDP.

...or launch its own currency?

As Scotland already prints its own sterling banknotes, it has already passed one hurdle for its own currency, which some commentators see as the best option. 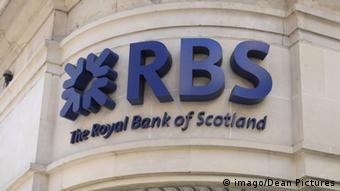 "Given the high level of government debt that Scotland is likely to start its life with - we predict a debt-to-GDP ratio of around 86 percent - a currency union would be too much of a straitjacket in terms of the policy options that Scotland would have," Monique Ebell said.

Scotland could struggle to make up for possible future shortfalls in its budget if it cannot have its own monetary policy or the ability to depreciate the currency, for example, Ebell explains, adding that those constraints apply to sterling union, euro membership and informal use of sterling.

The 'Yes' campaign has said it wants to share in the assets and liabilities of the UK, but Alex Salmond "has recently quite openly threatened to not take on any of the UK public debt" should Scotland become independent and not be allowed to formally keep the pound.

And here is where that fear of uncertainty among investors rears its ugly head again.

"It would send out the wrong signal," Ebell believes, as Scotland would almost certainly have to borrow on international markets, and a reputation for not paying back debt is certainly not going to make you appear creditworthy to investors.

"A currency's value is its reputation…if you're an independent country, you need to build up your own credit history, your own reputation for sound, macroeconomic management."

You don't need national polls to understand how divisive Scotland's independence vote has become. Just head to the small seaside town of Oban and watch the locals go head to head. (23.06.2014)