In Malaysia, almost everything is an 'official secret'

The conviction of an opposition lawmaker under Malaysia's Official Secrets Act has renewed calls for the law's repeal. Activists say the legislation is responsible for stifling dissent and muzzling freedom of expression. 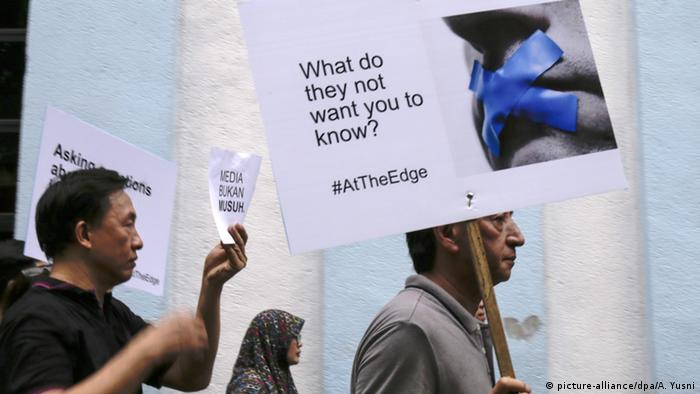 A senior parliamentarian known for alleging government corruption has been jailed for 18 months. Rights groups said the conviction sends a "dangerous chill on free speech," and may lead to political repression. (14.11.2016)

Tough new legislation has come into force allowing the government to declare martial law over a perceived “security threat.” Critics say democracy is threatened as sweeping powers can be used against political opponents. (01.08.2016)

Enacted in 1972, Malaysia's Official Secrets Act (OSA) has been criticized for stifling dissent and freedom of expression through its provisions that grant absolute power to the authorities to declare any information an "official secret." For instance, Air Pollution Index readings, highway and water concession agreements, and sex crime statistics have all been classified as "official secrets." Recently, the Malaysian police refused to release data on sexual violence and child abuse on the same grounds.

"The law is pretty harsh and hasn't changed since it was enacted. It is absurd," Eric Paulsen, executive director of the Lawyers for Liberty rights organization, told DW.

Opposition lawmaker Rafizi Ramli was recently found guilty of contravening the OSA for revealing passages from the Auditor General's report on the mismanagement of the 1MDB state fund. Although Rafizi, who is vice-president of the People's Justice Party, has appealed against his 18-month prison sentence, he risks losing his parliament seat and could be barred from contesting the 2018 general election.

Founded in 2009 by Prime Minister Najib Razak, 1MDB has been making global headlines since 2015 after allegations of corruption and mismanagement of public funds surfaced. It includes the alleged funneling of some $700 million (653 million euros) into the prime minister's private accounts.

Paulsen points out that prior to the 1MDB scandal, the Auditor General's reports on the state fund had been tabled annually in parliament and made available to the public. 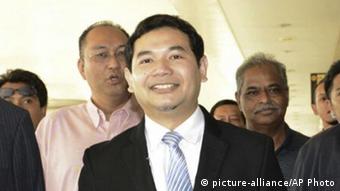 "Basically, the authorities are investigating those who have issues with the 1MDB handling because the government is also investigating former ministers for revealing information that they had derived while they were in government," said Paulsen.

Apart from the OSA, the Sedition Act, the Printing Presses and Publications Act (1984), and the Malaysia Communications and Multimedia Commission Act (1998) have previously been invoked in cases where people have published, posted or said anything related to the government's wrongdoing.

"The fact that these laws are used almost exclusively against dissidents indicates that they are a tool for political oppression," Azmi Sharom, a professor of law at the University of Malaya, told DW.

While stressing that the broad nature of the OSA is worrisome, both Paulsen and Azmi agree that such legislation is nevertheless necessary in dealing with national security matters. "But that doesn't extend, for example, to the budget for buying submarines that costs billions. There should be sufficient accountability and transparency to make sure that public funds are well spent," Paulsen argued. 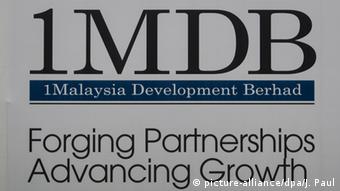 Azmi stresses that clear boundaries must be drawn between what should be deemed an official secret and what shouldn't be. The expert also emphasized that the government must ensure that an efficient system is in place so that people can access information in a timely manner.

Presently, only the Malaysian states of Selangor and Penang have a Freedom of Information Enactments law that allows people to obtain state government information.

"Even the Freedom of Information Enactments in these states is encumbered by the OSA," Azmi underlined.

Paulsen is unsure whether the incumbent government would be open to enacting the freedom of information legislation on a national level - something he says could potentially work against the authorities.