Since IS's arrival in Sirte, the police have vanished from the streets and religious hatred has spread from Iraq and Syria to local mosques, which are inciting their followers to jihad. Nancy Porsia reports from Sirte. 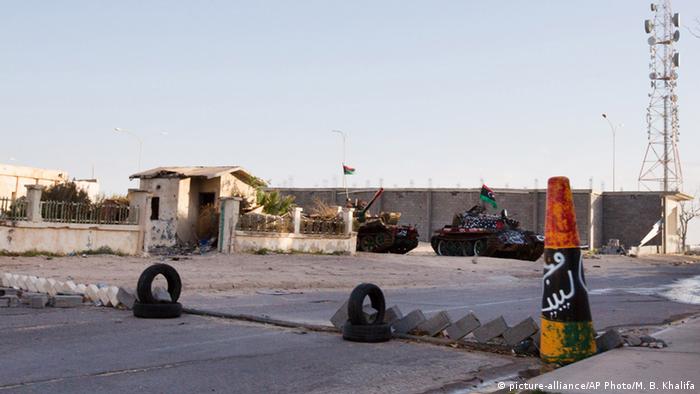 Her hair covered in a fashionable pink veil, hair covered a woman drives her car through southeastern Sirte, while a couple of miles to the north the black flag of the "Islamic State" waves in the the city center.

The black uniformed men are headquartered in the conference hall building "Ouagadougou," at the top of which black flag IS flags flutter. Years ago Ouagadougou was built as a stage for Libyan leader Moammar Gadhafi's addresses to the nation from his hometown and named after the capital of Burkina Faso, where the African Union was formed. Inside the immigration office and the post office are flooded with the militiamen.

A few meters away, IS took over the University of Sirte, a local radio station, the Mahari Hotel and the prison, all of which had been abandoned. The buildings IS controls are all scattered in the central neighborhood of Sabha. "They remain barricaded inside there," says Colonel Mohamed Al Hisan, field commander of the Brigade 166, which was assigned by the Tripoli-based government to fight IS in Sirte.

Since the fall of the previous regime, Sirte has remained lawless: None of the local tribes, which had remained loyal to Gadhafi's regime until its ouster by NATO bombing, had the power to take over the city. The Islamists of Ansar al-Sharia in Libya sent in their men and established their system. 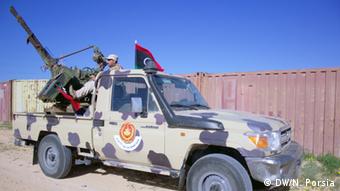 "Everyone loves Ansar al-Sharia in Sirte, because it was the only force since the end of the former regime to ensure security in the city," a resident told DW.

The Islamists replaced the local administrative system about three years ago, attracting hundreds of men of different tribes to Sirte. The members of minor tribes joined Ansar seeking protection from of the more powerful tribes. But the death of the head of Ansar, Ahmed Attir, in early 2014 left a vacuum that opened the door to IS.

"They arrived in the city piecemeal," the man says. "No one was paying attention because [the IS forces] were still under the control of Ansar al Sharia."

The route to Sirte

After Derna, Sirte is the second city in the war-torn country to end up under the Islamists control. IS leader Abu Bakr al-Baghdadi's influence has also spread to Benghazi, the second-largest city in Libya after the capital, Tripoli. The so-called "Caliphate" has been putting pressure on the followers of al Qaeda and Ansar al Sharia to join the ranks of IS. Derna, the cradle of al Qaeda cells in Libya, already proclaimed its allegiance to the IS last October, staging a massive parade in the far eastern coastal city.

In December, the bombing campaign led by General Haftar on Derna prompted dozens of IS militants to repair to the extremism breeding grounds of Gadhafi's hometown.

Tripoli intelligence counted around 500 IS militants in Sirte, including 100 foreign fighters, most of whom apparently came from Tunisia, Algeria and Afghanistan. 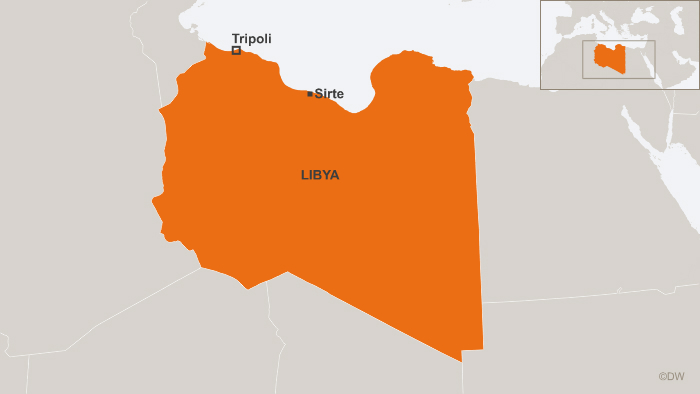 Since the arrival of IS in the city, police have disappeared from the streets, and all but three Salafist mosques have been giving sermons that perpetuate the rhetoric of religious hatred from Iraq and Syria, inciting jihad.

The graphic video of Egyptian Copts' beheading, purportedly filmed in Sirte and published two days after the arrival of IS forces in the city, has terrorized the local people and caused the entire Egyptian community to flee.

But the slaughterers are invisible on the streets. IS foreign fighters stay behind closed doors, whereas IS's local followers move around in plainclothes, explains a local, who declines to give his identity for security reasons.

There is no show of military force here. The pickup truck laden with heavy artillery seen in a video of IS parading though the city, seems to have evaporated.

In the streets surrounding the neighborhood of Sabha, life carries on as if nothing had changed. The Islamic State's militants have asked beauty salons and perfume shops to shut down, but some are still open. IS called for female and male students to be kept separate at the university, and the following day no one attended lessons. The college is now closed.

Sitting in his compound five kilometers (three miles) southeast of Sirte, Colonel Al Hisan explains. "We could wipe them out in a few hours, but we fear they would open fire on civilians on their way out. And we would like to avoid such bloodshed." Then he stresses: "We do not want to make the mistake Haftar did in Benghazi," referring to the military operation led by the general last year that left a high death toll among civilians without any significant impact on the security of the city. 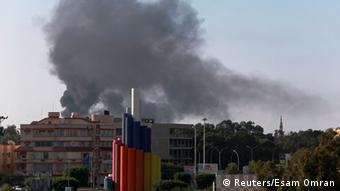 While negotiating with IS forces in Sirte for a peaceful way out from the city, Brigade 166 have been trying for weeks to convince the elders of the local tribes to lift the traditional protection of individual tribe members who joined IS. "We aim to socially isolate the few hundred local men inside the terrorist groups to avoid triggering a tribal feud," says Al Hisan.

Playing on the tribal divisions in Libya, the expansion of IS ideology westwards and up to Sirte has gone faster than many expected. Attacks on a luxury hotel as well as the embassies of Egypt, the United Arab Emirates and Yemen over the past few months have led to a heightened warning even in the capital.

"The fundamentalists are also in Tripoli," says a rebel commander from the north-western town of Jadu. Arching his eyebrows inadvertently, he stresses: "They are waiting until we will run out of ammunition fighting each other, Zintan against Misrata, moderates against Islamists. Then they will come out to conquer Libya."

News of the abduction of more than 200 Syrian Christians by the "Islamic State" has spread throughout the world. This was precisely IS's intention. Its acts of terrorism are part of a cynical media strategy. (28.02.2015)

Terror organization 'Islamic State' continues to gain ground in Libya by carrying out attacks and kidnappings. Some of the country's regions are no longer under the control of state authorities. (02.02.2015)

Paraguay: President calls on cabinet to resign after protests over COVID response