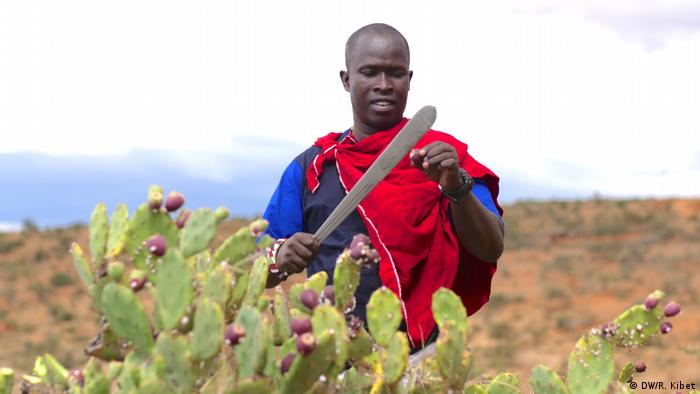 The early morning sun shines across Kenya's vast Laikipia plateau. Trailing behind his sheep and goats, Jackson Mukorino must navigate a thorny cactus thicket in search of the native shrubs and grasses his animals need to feed.

The invasive Opuntia stricta, or prickly pear, was reportedly introduced to Kenya by British colonialists as an ornamental plant. It thrives in arid conditions, aggressively choking grasses and other shrubs. Over the past half century, as temperatures and dry spells have increased, it's become a serious problem for herders like Mukorino.

The cactus bears a sweet purple fruit. But its spines are dangerous for livestock, blinding them, or damaging tongues and digestive systems, making it difficult for them to eat.

Mukorino, a father-of-five who lives on the communally managed Makurian Group Ranch, lost half his 200-strong herd after they fed on the plant.

"I have to always check on my animals' eyes to pick spines before releasing them to forage," Mukorino told DW, adding that several of his neighbors, similarly dependent on livestock for their livelihoods, have moved because of the threat. 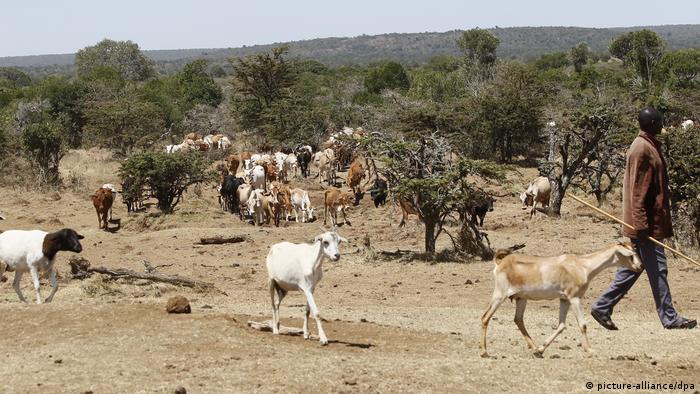 Few corners of the more than 6,000-hectare (14,826 acres) ranch have escaped the prickly pear's reach. And it's a story common across arid and semi-arid parts of Kenya.

Once it's gained a foothold, prickly pear is extremely difficult to get rid of. Broken chunks of cactus can resprout into new plants, and elephants, baboons and livestock aid the plant's spread by feeding on the juicy fruit and dispersing the seeds, according to Luke Lukaria, a scientist with Kenya Wildlife Service (KWS).

On the Makurian ranch, residents have been desperately trying to eradicate the plant by manually uprooting and burying them. Women living on the ranch are at the forefront of the work, which is voluntary but the ranchers pay a token amount of 50 US cents (€0.45) for an hour's work. But volunteer Celine Kisio says it's not about the money.

"The small token we get as participants in this voluntary work is not an issue for us. We are committed to eradicating this plant," Kisio told DW.

Yet Francis Merenyi, a local environmental science graduate believes eradicating the plant can also be a business opportunity for women like Kisio. 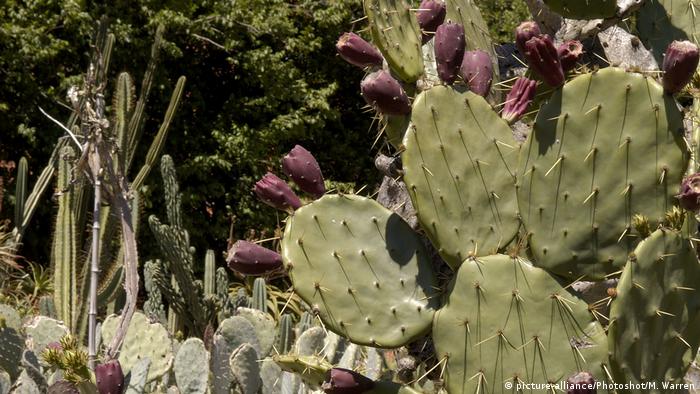 From pest to fuel

Merenyi is testing a system on the Makurian ranch that turns some 40 kilograms (88 pounds) of cacti into biogas every two weeks. The gas is stored in tanks and used for cooking, while waste sludge can be used as fertilizer on kitchen gardens.

Merenyi hopes to bring the scheme to households and schools in the area and is training eight womens' groups to use the system with the help of aid organization World Vision.

"Assuming that 1,000 individuals adopt similar projects, it means in the coming years, we will have it completely eradicated," says Merenyi.

The idea is that women can earn extra cash by selling excess biogas they've produced, or by selling uprooted cacti to institutions using biogas installations. 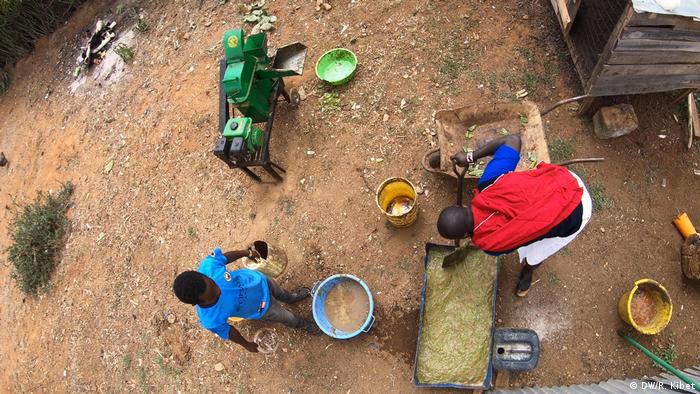 Elizabeth Nkasiogi, one of the women receiving training, would usually spend much of her day collecting firewood. Biogas therefore reduces pressure on forests, as well as freeing up her time to spend growing food or making beads to sell at local markets.

"Biogas is readily available as compared to the task of having to trek distances in search of firewood. We can now have spare time to spend on income-generating activities," says Nkasiogi.

Still, financing the expansion of the scheme could be a problem. Although the installation price of US $1,000 is just half the cost of a conventional biogas system, it is still out of reach for many pastoralists, says John Letai, deputy director of environment and natural resource for Laikipia County.

In the meantime, others are looking for ways to halt the plant's spread — and in some cases make some money from it. Some locals are turning the pest plant into juices and jams for sale, and Kenya's National Environment Management Authority (NEMA) has approved the use of cochineal bugs, which suck sap from the cacti pads making them wilt and produce fewer seeds. 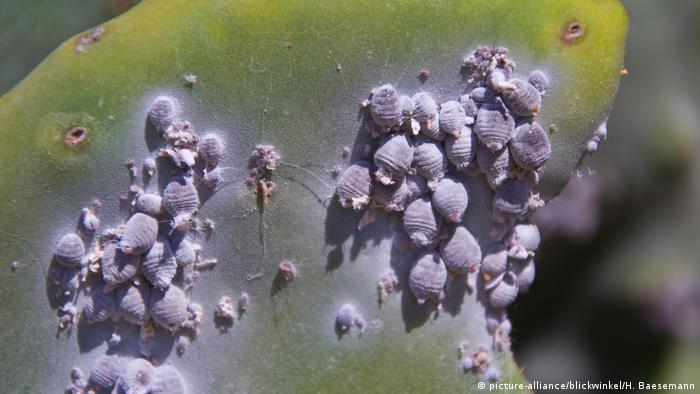 Arne Witt, invasive species coordinator at CABI, which is behind the bug deployment, says they are "effective for the plant's biological control," but only during the dry season, as otherwise they can be easily washed away in the rain.

For Jackson Mukorino, just like other pastoralists, ridding the grazing lands of prickly pear is just half the battle. Once it's gone, they'll need help regrassing the plains.

"Availability of pasture for my livestock is a big concern for me. Once we have uprooted the plant, we want to plant grass that can grow in this dry environment," he says. "There is hope, but we need more help from the government."