In Jordan, home schooling could be just what the education system needed | World| Breaking news and perspectives from around the globe | DW | 19.03.2021

In Jordan, home schooling could be just what the education system needed 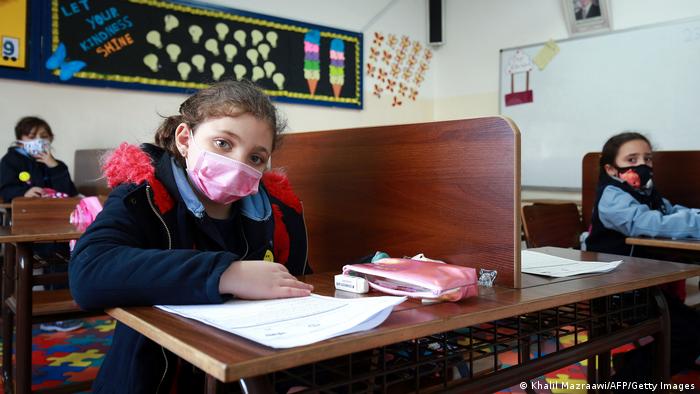 The gradual opening of schools in February lasted two weeks only, schools were closed again for the foreseeable future leaving pupils with online classes, at best

Alarm clock, breakfast, school — in Reema Bast's family, mornings haven't changed much, even though she doesn't have to rush her three children out of the house any more. She only needs to usher them into their rooms in time for the first class. "The two older children Aoun and Saba have classes from 8am until 3pm, the youngest Jad until 12pm," Bast, who lives in Amman, told DW on the phone.

"We expect the children to be home for at least another six months," said the stay-at-home-mum. For her it feels like her children are at school, even if the house is noisier than usual. "Everyone is busy with their classes and the house is full of voices of teachers and students," she said.

Apart from a three-week stint in February 2021, schoolchildren and students in Jordan have been studying from home for a year. The brief re-opening of schools is believed to be the cause of the recent spike in Covid-19 infections which resulted in the current lockdown, including a strict daily curfew from 6pm to 6am and all day on Fridays.

According to a joint statement issued by the Prime Ministry and the Ministry of Health last week, the Hashemite Kingdom has seen 504,915 cases of COVID-19 infections and a death toll of 5,553.

When the pandemic hit a year ago, the Jordanian Ministry of Education started facilitating distance learning tools in collaboration with the World Bank, ministries, and private enterprises. The partnership resulted in the now widely used distance-learning portal 'Darsak' which offers lessons in line with the Jordanian curriculum of Arabic, English, Math and Science for grades 1 through 12.

Furthermore, two TV channels offer on-air lectures and the country's TV-sports channel has been repurposed as a broadcaster for students preparing for 'Tawjihi', the secondary school leaving examination. A platform for teacher training and courses for distance learning tools complement the government's coronavirus strategy.

"While there is limited clarity on the effect remote learning will have on educational performance, the pandemic provides an opportunity to bridge the digital gap," the World Bank wrote in a statement.

Benjamin Schmäling, head of the German Academic Exchange Service in Amman, says that the transition hasn't been an easy process for professors and teachers. "For many, digital teaching has been a novelty," he told DW on the phone. Universities, such as the German Jordanian University in Amman, have adapted to the new situation by introducing 'digital twins' of their 30 courses. Additionally, smart classrooms that will enable teachings with students present and online are in preparation.

But Schmäling believes that the digital push will unleash the technological potential of the country. First, however, a major obstacle must be tackled. "One of the biggest challenges is to guarantee equal access to the internet infrastructure in Jordan," Schmäling said. 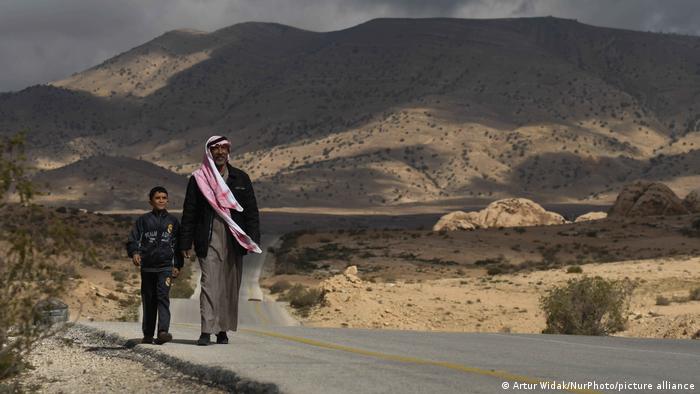 While mobile internet is widely accessible, many children in rural areas don't have access to WiFi for virtual classrooms and online classes.

According to the Organisation for Economic Co-operation and Development’s (OECD) Programme for International Student Assessment (PISA) 2018, more than 16% of students in Jordan lacked internet access, which is 16% below the OECD average. One third of 15-year-olds said they didn't have a computer that can be used for schoolwork, 25% below the OECD benchmark.

Costly wifi and a digital infrastructure that doesn't necessarily extend to rural regions mean many children are excluded from school. "Also, mobile networks in refugee camps are often not strong enough for live lessons”," Schmäling added.

Jordan has a population of 10.8 million, and according to the Jordanian Department of Statistics, a staggering 63% are under 30. As early as in 2018, the World Bank reported that the youth unemployment rate in Jordan was 37.2%. "This is among the highest globally," the report stated.

The latest rapid assessment of the United Nations Development Program in Jordan from May 2020 highlights the dramatic effects of the pandemic in the first few months alone. Only 6.8% reported that they were still employed after lockdown measures were introduced, and 58.6% of those who were employed before the outbreak reported that they had lost their entire income. "Younger age groups indicated to have been affected more," the data analysts observed.

According to the World Economic Forum’s 2018 Global Gender Gap Index, only 14% of women in Jordan work   — one of the lowest employment rates for women worldwide. As a result, only a minority of families had to overhaul their childcare plans during lockdown. 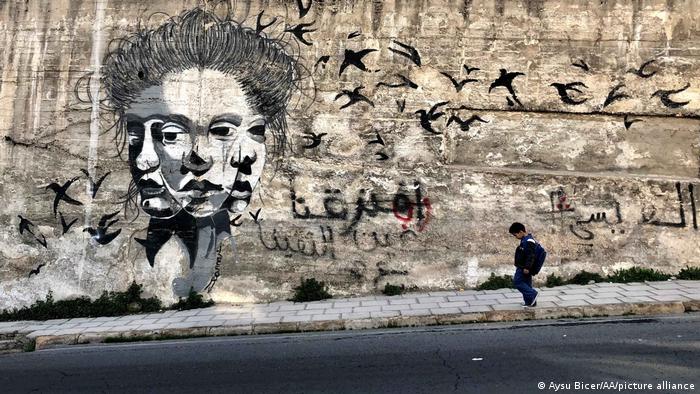 Jordan's urban-rural gap in internet connectivity is huge, leaving children in the countryside more likely to be excluded from online teaching.

Potential for an updated educational framework

But it does appear that the digital push towards educational technologies (EdTech solutions) in Jordan could pave the way for a more resilient and future-oriented education system.

According to the World Bank, mobile apps like Rawy Kids from Egypt, Kitabi Book Reader from Lebanon, Sho'lah and Loujee, as well as cross-country collaborations, might become the new pillars of an updated educational infrastructure in Jordan.

The odds are not too bad: In early March 2021, the new Minister of Higher Education and Scientific Research, Professor Mohammad Khair Abo Qudeis, promised to start evaluating what needs to be prioritised in the country.